NOTE: This page is solely for the residents of Vineland Island. Any other characters should go on the main characters page. Islanders introduced in Episode 28 and after go on this page.

. QR Codes are available for most characters, but a few have gone unreleased. Any that have been recreated for this page are marked with "Replica". Replicas will not share the same tastes in clothing or food as Vinny's.

Examples for Does Not Like Spam and Trademark Favorite Food are for the North American version of Tomodachi Life. Some of the listed examples may not be available if one of the QR Codes listed below is scanned into a copy of the game from a different region.

For those avoiding spoilers, it is recommended that you only view a folder after you've watched the episodes listed on it.

open/close all folders
Introduced in Episode 1

Vinny's Mii, a young man with an easygoing attitude. No matter how bad things seem to be going for him, he never lets it get him down. It should be noted that Vinny very rarely refers to himself and Vinesauce as separate characters, instead opting to refer to Vinesauce as 'myself'.

An incredibly ugly woman with a heart of gold. Has been in a stable relationship with Waluigi since the series's beginning, but hasn't done much as of late.

"My name's Waluigi. I like to think big and dream even bigger."

A quirky tennis player who may actually be a genie, and one of the original islanders. Once rivals with Vinesauce, he has comfortably settled into a relationship with Witch.

Waluigi's partner in crime, or possibly brother. He has a voice like two balloons rubbing together and bizarre tastes in fashion.

A girl with two faces (or, to be more accurate, two fake faces on the sides of her face, and a mouth right between her eyes). Vinny and his Mii are infatuated by her, though she constantly rejects them in favor of Walrus. She gains an apparent mean streak as the series goes on.

"Do you think I'm unlucky? I'm not sure I even believe in luck, but I wonder..."

A little lamb with a big heart. She was the first girl on the island to be married.

A creepy little boy with a high-pitched voice. The first child on the island, he has a habit of either making threats to people or singing in complete gibberish.

The fun-loving, albeit somewhat creepy, entertainer of the island. He turns out to be deceased, but he still brings laughter from his apartment in heaven.

Introduced in Episodes 2 to 4

"I feel so old. Makes it hard to think about chasing my dreams."

A short man with a love for baseball. Or at least that's how he appears to be.

A cute alpaca girl with some serious problems. Relationship problems, drug abuse, you name it; she's had to deal with it.

"My Groose is loose!"

A big man with red hair who wishes he were the hero instead of Link. The first man on the island to be married, with Lamb Chop.

"Losing your temper is such a waste. I prefer to just roll with the punches."

Walrus is an anthropomorphic marine mammal with a voice like an alien bug. He became Vinny's rival not long after he arrived once he got together with Two Faced.

"I could go for some Italian food."

The princess of the Mushroom Kingdom, spending some time in her vacation home.

A purple ape who wants to be everyone's friend, but also has a habit of filling up their computers with ads and viruses. Eventually becomes despised by Vinny. 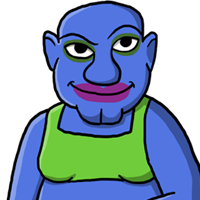 Coming from one life simulation game to another, Ralph is a short little troll with a love of pizza.

Advertisement:
Introduced in Episodes 6 to 12

"I am pleased to announce Ricochet 2: Electric Boogaloo."

The co-founder of Valve Software, and a man forever dodging the responsibility of making Half-Life 3.

Cling On (Kling On) 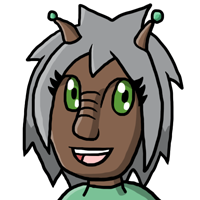 "My name's Cling On? I'm the smartest girl I know?"

A squeaky-voiced alien girl who is curious about everything. Created by resident Vinesauce troll Regaulity, but the trolling intent of the character wore off when Southbird decided to focus on her in his edits. 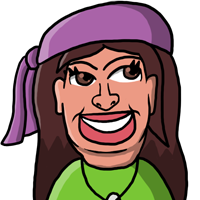 The result of a young woman performing a very bad Jamaican accent, and then getting content-aware scaled

One of the less popular Links, CD-i Link now lives on Vineland Island. 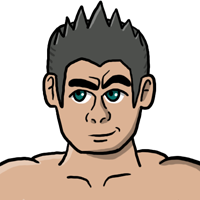 A boxer who has taken down Mike Tyson in his prime, Little Mac now resides on Vineland Island. He is married to Banana.

"U wot mate? Dump the chump and wank the Manc. Please..."

A cloudcuckoolander from Manchester with a head like a fucking orange and a fascination with monkeys, known for hanging out with Ricky and Steve (who never physically appear in this series). Sent to Vineland Island as part of the next Idiot Abroad season, but forgets about it as he goes on an increasingly ill-fated quest for love. 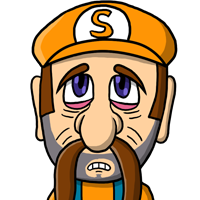 "Being a Sponge... fucking suuuuuuuuucks."

The forgotten third Mario Brother, who wears orange. He's called Sponge because he absorbs depression, which explains his outlook.

Introduced in Episodes 13 to 20

A supposedly elderly schoolteacher turned clown who moved onto the island. Despite having the same job, she and Clown do not hang out as often as one would expect.

A walking, talking burger girl. She's the subject of many crushes for whatever reason, but is currently in a relationship with Kenny.

A botched clone of Vinesauce with a few subtle differences in facial features. He scares the crap out of Vinny. Vlinny was created by the Jahns in a laboratory, but soon turned against and controls his creators (as well as anyone dressed like an elf, if he's wearing his Santa outfit).

A man with an incredibly small face and body. His very presence fascinates Vinny.

Another resident of the Mushroom Kingdom. Appears to be living as a squatter in an abandoned apartment, and Vinny isn't doing much to help him out.

"Im Sea BisCUIT. My nickname is SeabisCUIT. My BIRTHDay is JUNE sIXtEENth."

A talking anthropomorphic horse with the most broken-sounding voice imaginable.

"I have a short temper. SO WHAT? WANNA FIGHT ABOUT IT?!"

The eponymous ape of DK Island, who has swung his way to the neighboring Vineland Island.

An incredibly creepy banana with a wide grin and cannibalistic tendencies. She is married to Little Mac. Unlike the other food-based islanders, she is not an original character, but rather exists due to a bizarre translation choice

in a visual novel Vinny played. 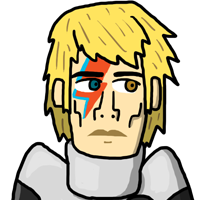 "Let's dance together in space."

The famous singer, who appeared to have bought a summer home on Vineland Island.

"Would you like to see a funny face I've been working on?"

HOTDOG is a Walking Spoiler.

Introduced in Episodes 21 to 26

A bastardized version of Donald Duck. Vinny added him on a whim, and quickly grows to hate him. 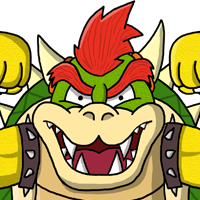 "I don't let anything get in my way."

The villainous leader of the Koopas, who just can't seem to leave Princess Peach alone. He's arrived on Vineland island to bide his time and kidnap Peach. Again.

A survivor of the zombie apocalypse, Kenny has escaped the mainland and wound up on Vineland Island, safe from zombies, but still surrounded by freaks.

The polar opposite to Small Face. A somewhat tall, elderly-looking woman with, as her name implies, a massive face.

"Time rewound, so profound, but all was forgiven by ya boi JJJJJJJJJesus, still livin."

It's Jesus Christ, walking the earth again. His arrival on Vineland Island, of all places, means that the island might hold some holy significance.

The creepy female fitness instructor who oversaw many people's attempts to lose weight in Wii Fit, somehow ended up in Super Smash Bros., and then became a Vineland Island resident. 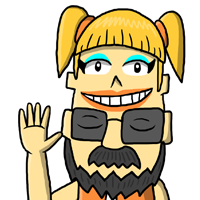 "Remember kids, only you can prevent burnt marshmallows."

Some kind of conjoined twin with one mind. The top part of the head is female, Jill, and the bottom half is male, Jack.