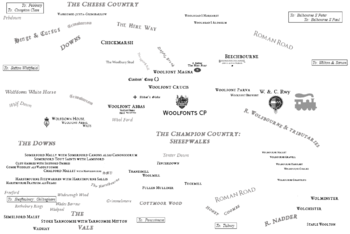 A list of characters in the Village Tales series of novels. (With its Ensemble Cast and Loads and Loads of Characters, there is no such thing as a major or a minor character.) There will be unmarked and uncovered spoilers. Characters are listed by narrative importance where applicable, otherwise by logical progression, failing which, alphabetically: all without regard to the book in which each débuts. Necessarily a work in progress (see Ensemble Cast and Loads and Loads of Characters, above). For the same reason, it is now subdivided.

Characters in the Village Tales series: