This page is for the tropes applying to Vanoss and his group of friends.

open/close all folders
The whole Group 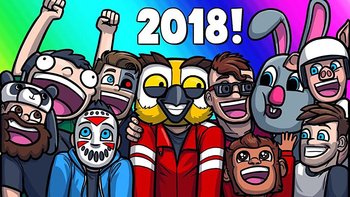 Most of the members in 2018
A group of Youtubers chatting, laughing and making jokes and skits over games.

Their videos usually consists of them messing around and one-upping each other to prove who's the Butt-Monkey and who's The Gadfly. 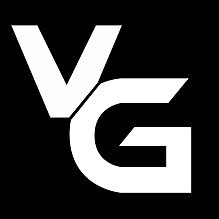 A Canadian YouTuber, and the de facto head of the group (it is his name in the title of this page, after all). While not the leader per se, he does tend to lead the team through various self-concocted skits and sketches, often using video editing to increase the impact of the jokes. Calm and collected, Vanoss has a habit of deliberately annoying friend and foe alike for amusement - which has a tendency to bite him in the backside. Rarely, if ever, plays solo.

His GTA V and Gmod avatar is an owl-human hybrid with a persona of a Batman Expy originally called Night Owl but later changed to Bat Owl, after reported legal issues over having almost the same name as Nite Owl from Watchmen. Previously he played as a giant Luigi model.

Vanoss is the most subscribed-to YouTuber of the group.

A... person, that's for sure. Delirious is one of the more energetic, strange and mysterious YouTubers of the group. He is easily the weirdest of the entire group, spouting gibberish and playing up a persona of a wacky and borderline-insane individual. Sometimes plays with the group, sometimes plays solo, and sometimes plays with his own group of friends with Cartoonz, Bryce, Gorillaphent, Deadsquirell and Ohm. Out of all the YouTubers in the group, he is the one people know the least about — only Cartoonz has ever met him in person.

His GTA V and Gmod avatar is a man wearing a blue jacket, black pants and a hockey mask (which also hides his clown makeup), though sometimes he uses a superhero raccoon known as Batcoon.

An Irish YouTuber that plays with the group, sharing such a role alongside Daithi De Nogla. Best known for both his multitude of vlogs detailing journies around the world and his impressive range of voice impressions. His Arnold Schwarzenegger impression is his best known — and the most requested. Sometimes plays solo, but mostly plays with others.

Uses The Terminator as his Gmod avatar. Unlike the others, this is the only one he uses. 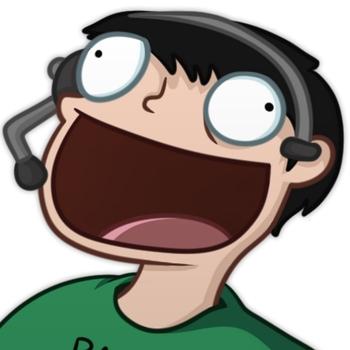 The other Irish YouTuber of the group, Daithi is known for three main things — his adorable pet dogs Joe and Tony, his moments of sheer rage and his... interesting Irish accent. Rarely edits his own videos, which has earned him a good deal of mockery in the past, though recently has hired a personal editor like his fellows.

He used to play as Zoidberg in Gmod and on occasions used his GTA V character. He now uses a custom-made version of his channel icon, although his old model returns from time to time.

He has his own page here.

I AM WILDCAT (Tyler Wine) 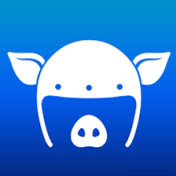 A YouTuber, host of the Wildcast, and one of the main players in the group. Wildcat is best known for being a ham large enough to feed an entire village, his wheezing laugh, as well as being extremely easy to set off and then extremely enraged when he is. He has thus gained a reputation for being the angriest and "saltiest" bacon this side of YouTube.

His in-game avatar for GTA V and Gmod is a guy in a pig mask and white helmet, sometimes with a white shirt and zebra-stripe pants and sometimes with a large brown "turd" coat. Before this, he used a bag of Doritos.

Otherwise known as The Squeaker, Lui is best known for his ability to put on a voice that makes him sound like a young child, something he uses to great effect whenever he is around and often fluctuates between his normal self and a happy, childlike persona.

His GTA avatar, either way, is a man wearing a red jacket and "Pogo the Space Monkey" mask. In Gmod he has played as Sonic and BMO.

A Northern Irish gamer and former main group player. Loves Dank Memes. His reputation centers around his extremely bad luck in video games as well as a Running Gag of annoying neighbors wherever he goes. While still playing with the group every now and then, he has been doing more and more solo videos.However After he began facing some serious allegations in June 2020, he has made exclusively solo videos.

His Gmod avatar was a giant Mario before he started using his GTA avatar, a businessman (known as The Taxman)... wearing sandals.

Basically is another YouTuber in the group, mainly doing group videos. He has a very bad ability to take losses and often does not react well to them, especially if he thinks the game is being unfair towards him. One of the few non-Caucasian players in the group, and has abused the race card whenever he is either not good at the game or losing.

His Gmod avatar was Finn from Adventure Time, before getting a skin change. He then got a more realistic model. On occasions, he wears a dino suit as well as his superhero character "Wrk the Boy Wonder."

Another YouTuber in the group that mostly plays with them and rarely does solo videos. Probably the nicest of the group alongside Vanoss himself, remaining calm and collected and rarely swearing or engaging in underhanded tactics. But when he gets angry, all hell breaks loose.

His GTA and Gmod avatar flips between a hipster wearing gaudy clothing or a superhero eagle known as Early Bird — who always shows up last. Before this, he played as a Toon Link, which is frequently abused during GMod Hide and Seek due to its small size.

Fourzer0seven is another one of Vanoss' friends. While he doesn't play with Vanoss to the extent of, say, Nogla, he does play with him more often than Panda. He likes bacon pancakes (he even made some for his one million subscriber special), and is one of the calmer and quieter members of the group until his buttons are pushed.

His GTA avatar is female, while his Gmod avatar, as the others described, looks like Zac Efron and/or Justin Bieber. Before this he played as Woody

An extremely loud gamer with very unusual mannerisms and a laugh that's been compared to a dying dolphin. Likes pandas. A lot. Doesn't play GTA often, but does play with his friends on a lot of other games.

His Gmod avatar is a homeless man wearing nothing but underwear and a panda hat, and his persona is often one of an eccentric homeless man. 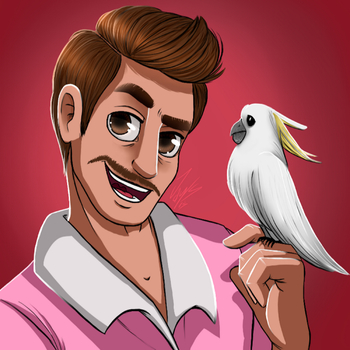 Droidd is a Mexican-American Youtuber who rarely plays with the group, but when he does, he usually plays GTA V with them.

While he previously isn't uploading much, he started becoming more active recently playing other games with Delirious and Basically.
CaRtOoNz (Luke Patterson)

CaRtOoNz is one of Delirious' friends, but he also plays with Vanoss and the others on the page from time to time. Still, he mostly plays with Delirious, Bryce Games, Ohmwrecker, Gorillaphent and DeadSquirrel. Most of the games he played are of the action and epic genre like For Honor, Rainbow Six or Golf With Friends. He has an easy-going personality but can get angry very quickly.

He did not have a fixed "Gmod" avatar until he got a skin change. Thus, his new model is based on his YouTube persona, a red demon. 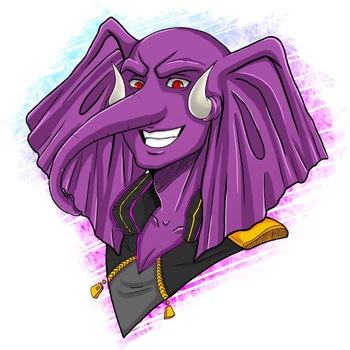 Gorillaphent is a friend of CartOoNz and Delirious who appears to have known them outside of YouTube for some time before making it his official job. He was focused on becoming a professional Hearthstone player until he decided to play different games. He frequently plays horror games such as Dead by Daylight, Resident Evil, and Last Year.

His avatar is that of a hybrid between a gorilla and an elephant.
Ohmwrecker (Ryan)

A player with an incredibly long YouTube history (his videos go back all the way to 2006) and had played with dozens of other YouTubers over the years. He has his own page here.
Smii7y

The other Canadian Youtuber of the group, Smii7y mostly did solo CSGO videos with his friend Kryoz (both of whom are also a part of YouTuber Fitz

's circle of friends), though both him and Kryoz got hooked up with Vanoss's buddies and became a far more common sight in the group's videos recently.

Smii7y is the milk bag of memes and clairvoyance, with a near-supernatural ability in predicting the occurrence of future events. 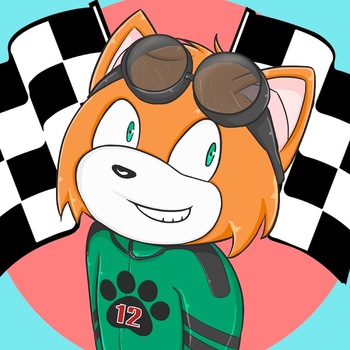 BasicallyIdoWrk’s Editor who plays with the gang on occasion