A simple peasant girl that grew up with Lucian, her family was poor and abusive. Despite her best attempts to improve matters, the poverty continued until the point where her parents sold Platina into slavery, whereby her childhood friend Lucian tried to run away with her. Unfortunately, they ran into the Weeping Lily Valley, where the titular lilies released a poison that ultimately killed Platina. It turns out, though, that Platina is Lenneth Valkyrie's Soul Jar, and her death frees Lenneth to take a more active role, with Platina's form used for covert scouting and her memories gone. Except that they're not gone; they're only sealed. Odin is very unhappy should they unseal, which opens up the Golden Ending in the first game. 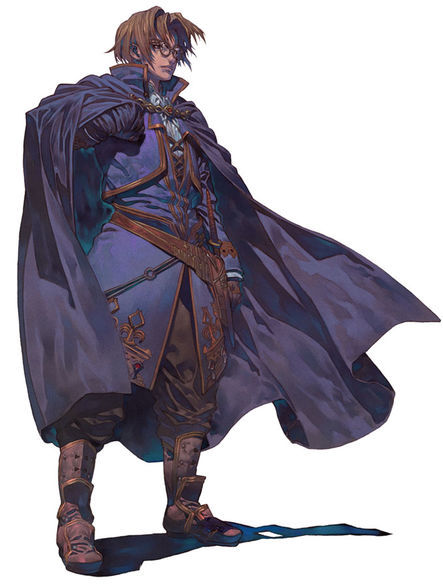 A necromantic genius and one of the most powerful mortal sorcerers alive, Lezard interjects himself in the growing chaos in Midgard because he is fascinated by Lenneth. Really fascinated. He's a vile schemer and wild card that is willing to do anything to get Lenneth for himself. Including reincarnating himself and going back in time to recreate reality to kidnap her. As a mage, his Finishing Move is the appropriate Great Magic. 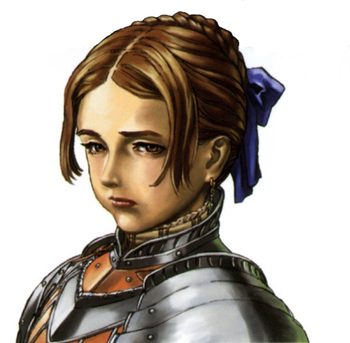 A mercenary that, at various points, works with Arngrim, Lawfer, Kashell, Aelia, and Grey. As noted above, they all died, leaving her increasingly alone in a world rapidly approaching its end. This does not bode well for her mental well-being. 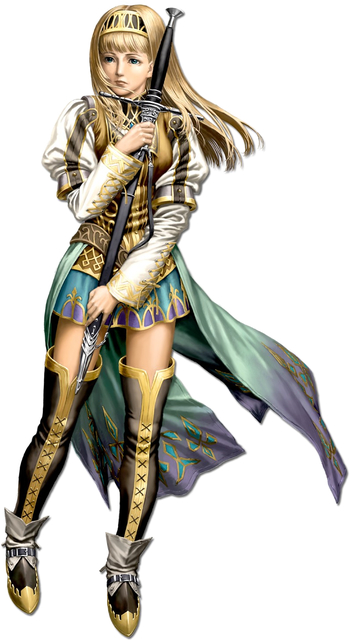 Alicia is the Princess of Dipan, a powerful island nation, and is the current Soul Jar of Silmeria Valkyrie as of the beginning of the second game. She wasn't meant to be anything more than a mortal vessal for Silmeria, like Platina would later be for Lenneth, but something went wrong with the Sovereign's Rite, causing Silmeria to remain conscious while Alicia recieved a soul of her own. Her condition as such caused her father to send her away to a castle in the middle of nowhere, which resulted in her developing a shy, timid personality. Dipan, meanwhile, led by Barbarossa and his court mages, decided to mount a war against the Aesir. Eventually, Odin discovered that Silmeria had awakened while still inside Alicia and sent Hrist to kill the girl and retrieve Silmeria's soul. At the beginning of Valkyrie Profile 2 Silmeria, this is the cause of Alicia and Silmeria being forced to escape the castle and begin their own journey to save Midgard and humankind from the wrath of the Aesir. Being the container for a Valkyrie, it should be no surprise that her Soul Crush is Nibelung Valesti. Eventually. 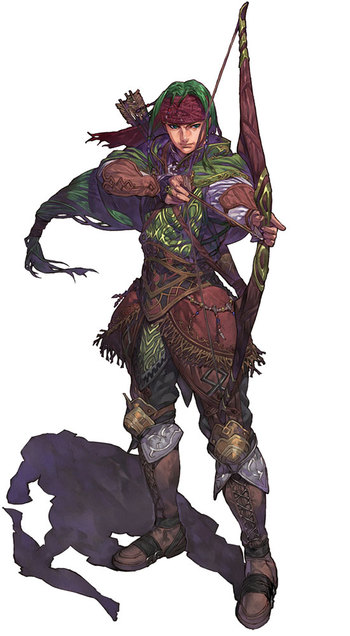 An archer that Silmeria urges Alicia to recruit early in the second game, while traveling. A charming fellow, Rufus joins them, and is later revealed to be a half-elf. Specifically, he's a spare body for Odin, should anything happen to him.

A sword-wielding female mercenary who claims to be hunting for treasure with her partner, Arngrim, since there's no war currently. She seems to know a lot more than she lets on and is relatively unfazed by the goings-on of the party, which alerts Silmeria. Later in the game, it is revealed that she is actually the human form of the Valkyrie, Hrist, sent by Odin.

King of Dipan and Alicia's father, who was executed by Hrist for defying Odin's will, and his ghost still haunts his ruined kingdom. His spirit is ultimately put to rest after Lenneth goes back in time and presents his wife's last words to him. Valkyrie Profile: Silmeria reveals more of his story: he rebelled against Odin due to his anger and resentment over his daughter being used as Silmeria's Soul Jar, and his court wizards manipulated him into seeking forbidden power and wisdom. He is capable of using the Great Magic Calamity Blast as a Finishing Move.

Mages working for Barbarossa and helping with his rebellion. Though it was later revealed that Walther and Gyne were secretly working for Hrist, although for their own ends.