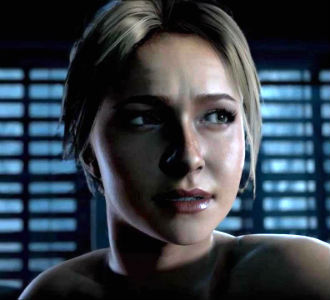 Played By: Hayden Panettiere (English), Natalia Tereshkova (Russian)
"You need to listen to me, I don't care if you believe me or not. Doesn't matter, because you will. You need to go down to the mines. I've seen what's down there... and I'd give anything to unsee it."

A 19-year-old strong-willed girl described as diligent, considerate, and adventurous. Sam is the most levelheaded of the group and tries her best to avoid any conflict. She is caring, a strong lover of animals, and will often come to the aid of others. Sam is Hannah's best friend and tries to warn her about the prank, admonishing everyone involved when she does not arrive in time. Afterwards, she offers emotional support to Hannah's brother Josh. 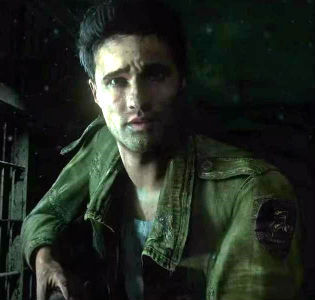 Played By: Brett Dalton (English), Anton Eldarov (Russian)
"Come on guys, we're all friends here, right? No need for violence, just a little harmless fun! We're up in the woods! It's spooky! Come on, let's get into the spirit of things!"

A 19-year-old former class president described as intelligent, determined, and persuasive. Mike is an action first type of guy who is ready to jump into any situation. Good-looking, charismatic, and slightly egotistical, he becomes an object of attraction to many of the female members in the group. He willingly participated in the prank on Hannah, allowing himself to be used as the bait. He begins dating Jessica after breaking up with his former girlfriend Emily. 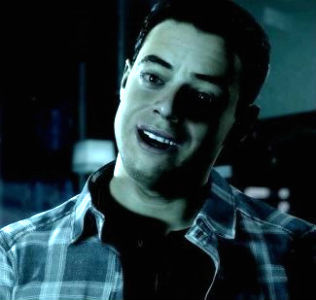 A 20-year-old college dropout described as thoughtful, loving, and complex. Josh is the older brother of Hannah and Beth Washington. He tends to be the most humorous and willing to crack a joke out of the group. He was drunk during the prank pulled on Hannah, and feels guilty over what happened to his sisters. He invites his friends to his family's lodge to honor the memory of his sisters on the one year anniversary of their disappearance. 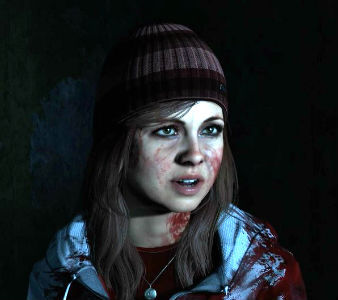 Played By: Galadriel Stineman (English), Lina Ivanova (Russian)
"You were looking on your phone, you dip! What are you tweeting!? Hashtag there's a freaking ghost after us?!"

An 18-year-old bookworm described as academic, inquisitive, and forthright. Ashley is extremely curious, learned, and spends most of her free time at the library. She is the most likely of the group to investigate something or want to know more about a subject. Although highly intelligent, she can also have an overactive imagination and can easily scare. Ashley had the smallest role of those directly involved with the prank, merely acting as an on-looker. She has a crush on Chris, but feels he will never reciprocate. 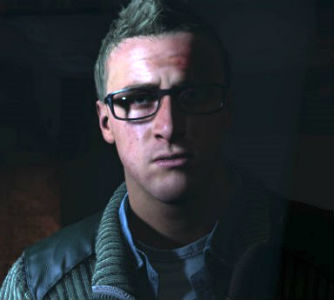 A 19-year-old technology geek described as methodical, protective, and humorous. Chris is an affable guy who tries to lighten the mood with a quick joke. His analytical thinking makes him the calmest of the group and least likely to scare. Chris has been Josh's best friend since grade school. He did not participate in the prank on Hannah since he was drunk and asleep like Josh. He has a crush on Ashley, but is too afraid to further their relationship. 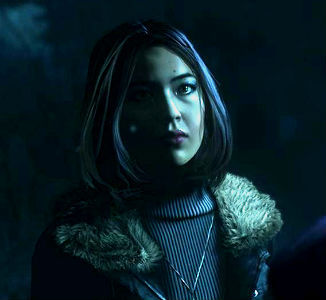 A 19-year-old college student with a 4.0 GPA described as intelligent, resourceful, and persuasive. Emily has an acerbic tongue, and has no trouble bluntly putting down others even if they are in her own group. She values appearance, can be very demanding, and loves high-end fashion. She was part of the prank against Hannah. After breaking up with Mike, she begins dating Matt. 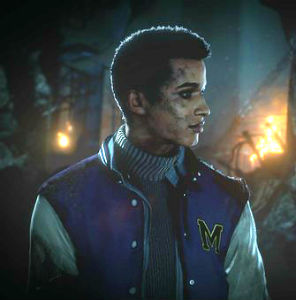 Played By: Jordan Fisher (English), Vladimir Golitsyn (Russian)
"I'm not all muscle. There are some brains in here, too!"

An 18-year-old high school linebacker described as motivated, ambitious, and athletic. Matt is generally a nice guy with a good heart, but can also come off as a bit of a doormat. He believes more in his athletic ability than his intelligence. Matt participated in the prank against Hannah by filming the event on a smart phone but likely did not post it due to the results. He begins dating Emily after her break up, but the relationship dynamic seems very one-sided toward Emily. 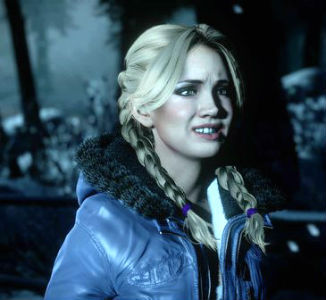 Played By: Meaghan Martin (English), Tatyana Ermilova (Russian)
"Who needs grades when you've got all the natural advantages you can handle?"

An 18-year-old former homecoming queen described as confident, trusting, and irreverent. Jess has a strong mischievous streak and can be fun-loving, playful, goofy, and flirty. She highly values her looks and can get quite feisty if challenged. She was the one to come up with the plan to prank Hannah, justifying it as looking out for her best friend Emily. Ironically, she is now with Mike, Emily's ex-boyfriend. 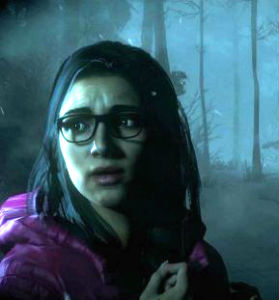 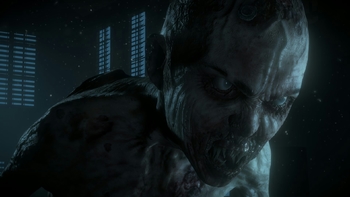 The 18-year old sister of Josh, and twin sister of Beth. 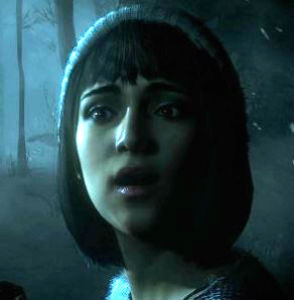 Played By: Ella Lentini (English), Natalya Fishchuk (Russian)
"Oh my God, what did our naive sister get herself into now?"

The 18-year old sister of Josh, and twin sister of Hannah. She is playable in the prologue.

The Psycho / The Killer / Victor Milgram 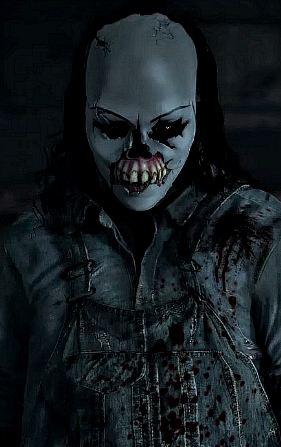 A sadistic madman obsessed with getting revenge on the Washington family who targets Hannah, Beth, Josh, and their friends for his sick game. 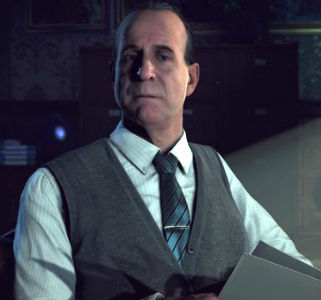 Played By: Peter Stormare (English), Oleg Kutsenko (Russian)
"Sometimes these things can be a little scary... even terrifying... but I am here to make sure that no matter how upsetting things may get, you will always find a way to work through it."

A mysterious psychiatrist who appears in the chapter interludes, interrogating the Psycho. He is actually a representation of Josh's old psychiatrist, manifesting as his conscience. 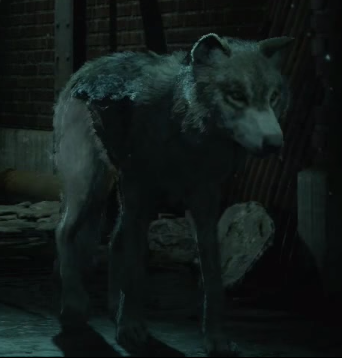 Mike: I was hopin' I'd run into you again.

A wolf Mike encounters in the Sanitorium. 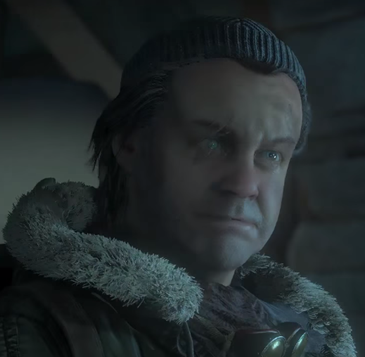 Played By: Larry Fessenden (English), Ilya Isaev (Russian)
"You hold onto your horses. I don't take kindly to you kids coming up here to my mountain."

A man who lives on the mountain. 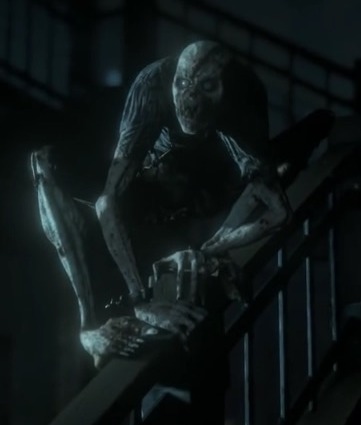 The monsters that are preying on the people trapped on the mountain. 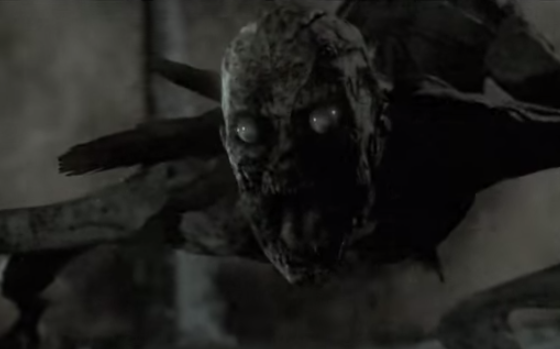 The strongest wendigo, and the antagonist of the prologue.