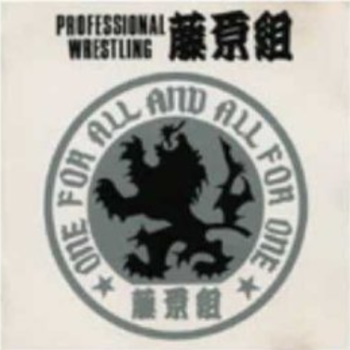 The Pride Of The First Young Lion 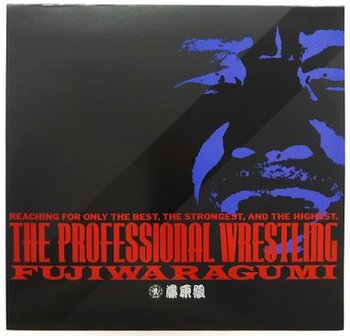 "In Mixed Martial Arts, one could get injured whilst potential deadly attacks are allowed. There is always a probability that one could kill or one could be killed. I believed that I had to be prepared to fight with those possibilities."

"I thought he would be easy to submit or KO, but he was very slippery — not from grease, but from skill."
— Bas Rutten

"Like I said, Takahashi had my personality. I worked with him a lot, and he had my personality. He came after people, and they had to be on their toes with him, even though in the earlier days there was some stuff in there that he didn’t want to do, he did it, but they paid for it. But in the real shoot, when we were there, he was a guy that people had to watch out for because he brought it every time."
— Ken Shamrock

"I want to fight against various opponents and fighters from various organizations with various rules, and I think doing this is the strongest way for this organization, so I will do my best."

"Mark was a traditional wrestler, very solid and old school. He didn't partake in high flying acts, but he was pretty good."
— Kanyon, from his autobiography; Wrestling Reality: The Life and Mind of Chris Kanyon Wrestling's Gay Superstar.

"Well, we didn’t go “Hey, guess what- whoever wins this match is going to get to go over.” But, I hope that he didn’t say anything different because I’ve always respected him and I’ve always liked him- but I think he realized what would have happened if we would have gone live."
— Ken Shamrock

"Some notes on the pro wrestler from Battlarts who is now billed as Carl Malenko, 29, formerly known as Carl Greco, who faces Egan Inoue in the Pride 6 show on 7/4 from Yokohama Arena. He's not the son of Boris Malenko or brother of Joe and Dean, although he's being billed as such in Japan. His real name is Carl Ognibene from Winter Haven, FL and trained largely with Dieusel Berto, a former pro wrestler and later MMA fighter and trained very little under Karl Gotch. He's got a 2-1 record in legit shoot matches in the U.S. for the IFC"
— Dave Meltzer

"A little while ago I had a glance of him and noticed he’s really tall, over two meters, so if he catches me and picks me up, it would be like flying in the air. But when standing, if he comes near, I’ll hit him with kicks and punches, and if I can knock him down with that, I’d be happy."
— Masakatsu Funaki

"I knew him very well. He was a great athlete and certainly seemed to be born to be in wrestling. He was a natural if there ever was one as far as his timing and his aptitude. It was absolutely amazing. He’s going to be missed. The stories that he told in the locker room were legend. He was a heck of a good guy. He’s one of those colorful characters that you really miss and just can’t be replicated. He was a natural, he was a prodigy, he was born to be in the business."
— Jim Ross
"New Japan in the mid-80s was a crazy place to be with all the various styles blended together. It was the infancy of what is now called shoot style, with the likes of Akira Maeda, Yoshiaki Fujiwara and Nobuhiko Takada educating the fans to a new style, which few foreigners could do and even fewer in those days wanted to learn. Yet it was Murdoch, who picked up the exchanging submissions almost immediately and was one of the few wrestlers who could work the new style, and had the respect of the younger wrestlers as a tough enough guy who would have no fear in punching them in the nose if anyone tried to get cute."
— Dave Meltzer

"Truthfully, Ohara wasn't even particularly notable as a wrestler. A collegiate judoka who turned to pro-wrestling after graduation, he made his NJPW debut in 1990 and arguably peaked a year later, winning the Young Lion Cup, the title they put on people in an attempt to get fans to pay attention to them. His career took him across a broad spectrum of the wrestling world—he showed up in the German Catch Wrestling Association, Genichiro Tenryu's Wrestle Association R and even WCW for an extremely small cup of coffee. But outside of a couple tag team championships he never gained any particular accolades or fame. He was a lifelong midcarder. Which is probably part of what made him tempting for Inoki's endless MMA adventure: Not only did he have the inklings of a legitimate background, with his teenaged judo training and his brief stint in the post-UW Fi Pro Wrestling Fujiwara Gumi revival, he was an easy man to risk. If he won it would massively benefit the career of a wrestler they hadn't been able to market; if he lost he was already a midcarder and his stock didn't have far to fall. Unfortunately, they underestimated just how boring MMA can be. Ohara fought twice: Once against Renzo Gracie at Pride 17, once against Kevin Randleman at Pride 22. Normally I would say something acidic and frustrated about putting a rookie against champions, but in this case, everything in the background of the fights pales in comparison to just how bad the fights themselves were. The Renzo bout is twenty minutes of clinching in the corner, ineffective punches and Ohara running away, turning his back, holding the ropes and generally refusing to engage; the Randleman bout is even worse, as Ohara no longer has a size and wrestling advantage and can no longer avoid takedowns, so every time Randleman puts him on the ground Ohara crawls out of the ring to avoid being hit. Somehow he was never threatened with disqualification. His role as a wrestling celebrity most certainly had nothing to do with it. Inoki's policy of forcing wrestlers to fight was barbaric and stupid, but he made sure everyone who did it was rewarded—except Ohara. For failing to make Inoki proud Ohara was jobbed out after his pair of Pride fights, and when his NJPW contract ran out two years later he was let go. He retired in 2008 after a car accident. It's unfair to hold his MMA performance against him—he was a terrified mid-30s amateur fighting world champions on national television to keep his job—but in all fairness, they were really, really boring fights."
— A profile of Ohara from a Fire Pro Wrestling user Carl CX from https://steamcommunity.com