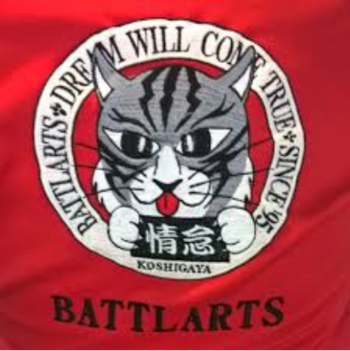 "The idea to keep BattlARTS can be contributed entirely to my friend and mentor Satoru Sayama. Since the anniversary show myself and Satoru have talked numerous times discussing what is next for BattlARTS? Well the new incarnation of BattlARTS was obviously different from what it once was, it had an entirely different feel, it just wasn't BattlARTS. That is what we are going to change, things are going to go back to what they should be, BattlARTS will once be exactly what it once was, shin assisted shattering of teeth, brutal stretching of limbs and vicious strikes that leave bruises so black you couldn't tell that we are Asian. We are BattlARTS!"
— Yuki Ishikawa, on what Battlarts is all about.
"Because we are not hitting each other, we are hitting the fucking stupid people in the world who think that pro-wrestling is fake like a trained monkey show. They say that pro wrestling kicks are fake so it is not painful. etc. Once they see our fight, they have nothing to say. They watch our fight like a fool with their mouth open with surprise. So our violent fight is not only for our opponents but for the fucking people that make light of BattlARTS. Our fight is anger towards people who make light of us."
— Yuki Ishikawa, on why he and Ikeda hit each other harder than any other wrestlers.

"Stop me if you've heard this one: Takahiro Oba was a shoot-style professional wrestler who was pushed into MMA by his management in BATTLARTS. He wasn't very good at it, made three Pride appearances—all losses—and went on to retire with a losing record of 5-7-1, with only one victory coming against an opponent with a winning record. He was a brawler with a slight background in judo, and drew upon this and his shoot-style training for a modicum of defensive grappling, but his primary skill as a fighter was 'is tough'. Oh, and because it was Pride, his successful record against nobody meant he of course wound up in over his head: His most visible appearance came at Pride: Bushido 6, wherein the 3-3-1 Oba, fresh off his first-round TKO of the 0-0 Kenichiro Shinohara, was matched against the 21-7-1-1 Denis Kang, the heavyweight champion of Spirit MC and future Pride Welterweight GP finalist. It went exactly as well as you are thinking. It wasn't his first run-in with trauma above his skill level, either: He'd go on to fight and lose regularly on the regional circuit, getting choked out by Cyrille Diabate and TK Oed by James Te Huna, which finally ended his career. He returned to shoot-style wrestling, and did so for another four years before retiring from that, too."
— A profile of Oba from a Fire Pro Wrestling user Carl CX from https://steamcommunity.com

"Once you enter the ring you enter a totally different world with its own rules and laws. Actually it is most fun you can have without going to jail." 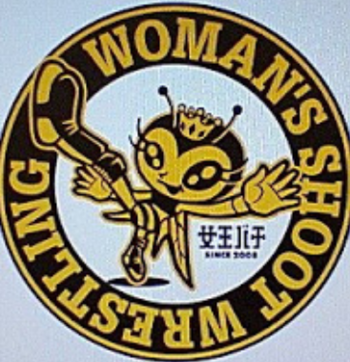 "One of the first prominent superheavyweights of MMA was Mike "The Rhino" Bourke, a 6'0" meat-mountain who fluctated between 270 and 300 pounds. He'd played football for most of his life, sniffed the NFL but never quite made it in, and found his MMA calling when a friend invited him to a judo class and dumbfounded him by repeatedly submitting him despite being outweighed by nearly 100 pounds. Bourke decided the whole fighting thing was something he needed to know about. And in the world of regional, turn-of-the-century superheavyweight mixed martial arts, being big, strong and fearless was enough to get you somewhere... but somewhere is not really very far, especially when you never actually take those judo classes. Bourke fought almost the entirety of his career in the King of the Cage promotion—he fought at the very first-ever KOTC show, in fact—and most of that career is hallmarked by his propensity for charging recklessly forward and losing in comical ways. Steve Treadwell knocked him out in eleven seconds at KOTC 1, Shungo Oyama knocked him out in seventeen seconds at KOTC 7 (in an outdoor event in the middle of a downpour while they were constantly falling down—seriously, look it up, it's like watching a cartoon in real life), Tank Abbott knocked him out in twenty-nine seconds at Wargods, and most famously, Alexander Otsuka beat him at Pride 11 by double armbar, a submission so incredibly unlikely a lot of people still think it was fixed. Bourke achieved the one true feather in his cap in his very last fight in 2010, TK Oing a 46 year-old Ken Shamrock entering his third decade in combat sports. He retired at 10-16-1-1. While he may not have picked up many accolades in the sport, he was one of KOTC's better draws, and regional MMA owes him a debt for his years of suffering. Thank you, Rhino. Your rain-slickened knockout will live on in youtube fame forever."
— A profile of Bourke from a Fire Pro Wrestling user Carl CX from https://steamcommunity.com

"My name's been Rampage since I was a little kid. Growing up, I had the worst temper on the planet. It's still pretty bad, now, if I lose it. But, I've learned better to control it. I feel like God made me to be a fighter: my big neck, my thick chin, my lower legs and the power I generate. My career is fighting; I love what I do."

"Formerly, the opinions were clear: Some saw only show, the other sick brutality. For me it's 80 percent sport and 20 percent show. You have to be able to do the sport first, then you can start entertaining the audience. We certainly do not fight for life and death, we are not gladiators or cage fighters. The most important thing is to entertain the audience."

"If it weren't for Mil Máscaras, there would be no Jushin Thunder Liger, no Último Dragón or The Great Sasuke today."
— Satoru Sayama
"He was the best competitor that I ever wrestled. He never gave you anything – it's true – but I didn't give him anything either. You talk about a shoot or a half-shoot, and that's the kind of match that it was."
— "The Destroyer" Dick Beyer

"The most underserved field in MMA is that of the journeyman—everyone has to be The Best or A Bum or A Gatekeeper, very few can just be a journeyman fighter. Amir Rahnavardi is the platonic ideal of the MMA journeyman. He trained, but not with anyone notable. He fought across the world, but rarely at the big shows. He had a generic look, but a non-generic name. He lost every time he fought someone who mattered. His career lasted just barely over ten years, and ended at a nearly perfectly split 11-10. He was rarely a pushover, but never a threat. He never even had a nickname. The first and most famous fight of his professional career was at Pride 3 against Gary Goodridge, and it saw Goodridge laughing in Amir's face and openly mocking his punching power before knocking him out. But that does not stop a journeyman."
— A profile of Rahnavardi from a Fire Pro Wrestling user Carl CX from https://steamcommunity.com

"And thus, second from the bottom of Pride: The Best Vol. 1 you had Yoshinori Sasaki, who was vaguely more popularly known as Mammoth Sasaki, a regular fixture of Atsushi Onita's Frontier Martial-Arts Wrestling—an organization that, despite the name, was actually a hardcore wrestling act, most famous for having the first exploding barbed wire deathmatch in pro-wrestling history. Sasaki won the tag and hardcore titles on several occasions, and still wrestles on and off—but somewhat awkwardly and entirely tragically, his primary note of wrestling fame comes not from his own career, but from being the other man in the ring in the match that saw top star Hayabusa paralyze himself off a botched moonsault. His success in FMW was notable enough to get him invited to Pride: The Best: In his youth he'd done some sumo, and that was just enough of a martial background for matchmakers to justify putting him up against South Korean heavyweight Jong Wang Kim. It's an incredible freakshow fight even by Pride standards: A 4-16 Pancrase jobber vs an 0-0 professional wrestler—in his wrestling gear—with no training of any kind. It shows, too: The two men awkwardly approach each other while windmilling their arms, Sasaki briefly shoves Kim into the ropes and wings wild, desperate punches in his general direction, and a stunned Kim wraps him up in a guillotine choke and submits him in twenty-five seconds. Sasaki would never fight again. It was probably the right call."
— A profile of Sasaki from a Fire Pro Wrestling user Carl CX from https://steamcommunity.com