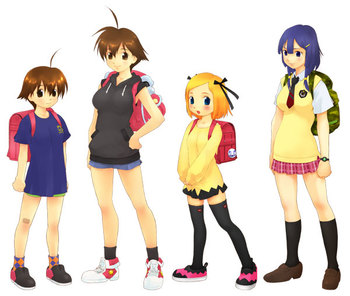 Here's a list of characters who appear in the Umihara Kawase series.

Tropes for the characters as a whole: 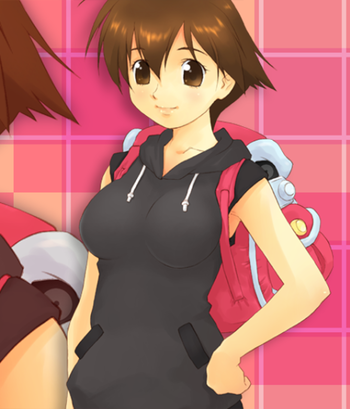 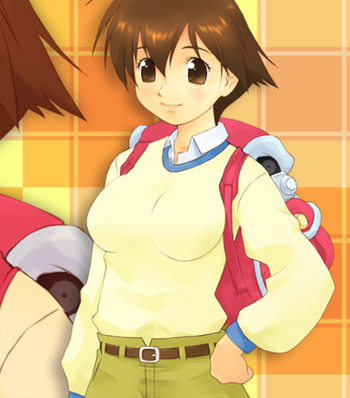 Click here to see her as she appeared in Shun 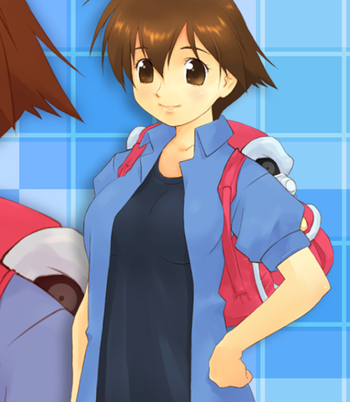 Gender: Female
Age: 19 (Original and Shun), 20 (Sayonara)
Personality: Calm
Person She Looks Up To: None
Special Skill: Can swallow pills without drinking water (Don't Try This at Home)
Doesn't Like: Poisonous Mushrooms (then again, who doesn't?)

The main protagonist of the series, Kawase is a young girl with a passion for fishing and also a penchant for going to weird places to test her athleticism and creativity. According to the English localization, she's also a travelling sushi chef who gathers up ingredients to make sushi. 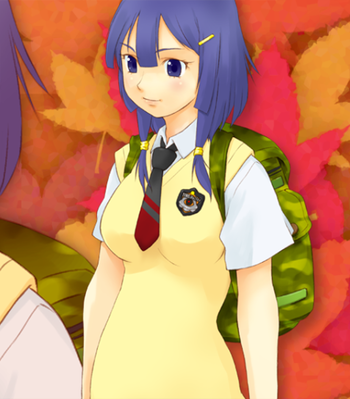 Noko as she appears in Sayonara

Debuting in Sayonara Umihara Kawase, Noko is a distant descendant of Kawase and a time-travelling police officer who shows up in Kawase's time for reasons unknown.
Emiko 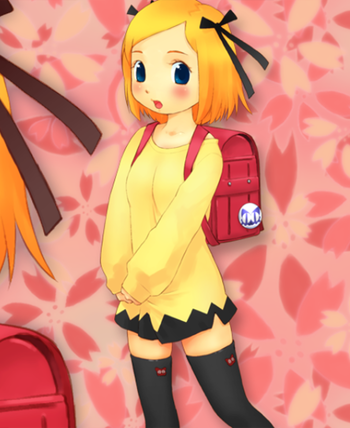 Emiko as she appears in Sayonara 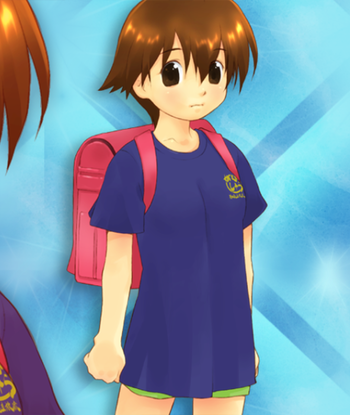 Young Kawase as she appears in Sayonara

Kawase as she appears in her childhood, she debuted in Sayonara Umihara Kawase.