Characters appearing in the anime series Ulysses: Jeanne d'Arc and the Alchemist Knights. 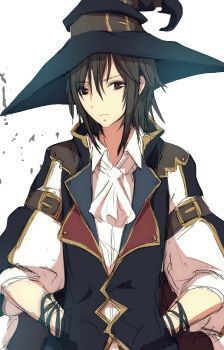 A young alchemist in search of a way to unveil the secret behind the Philosopher's Stone and become a Ulysses. However, he ultimately used half of the stone to save Jeanne, making her become the Ulysses. After that he sworn to protect her and make sure that her fate of becoming the holy savior of France is fulfilled.

A twelve-year-old young girl from Domremy with a kind and gentle personality. After having been mortally wounded by the English when Domremy is attacked, Montmorency has put half of his Philosopher's Stone in her body to save her life, making her the new Ulysses. 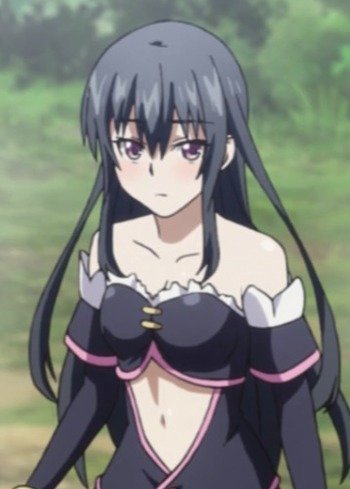 The Queen of the Fairies and the guardian of the Philosopher's Stone, called in the human world by Montmorency to help him become a Ulysses. She loves to provoke Montmorency and scold him for his lack of experience.

One of Montmorency's childhood friends, and the young boy's secret love since when they studied at the Knights Academy. When the French army is wiped away in the battle of Agincourt, her broken sword is found on the battlefield by Montmorency, making the boy believe she died. However, it's later revealed that she's been captured by the English, and is currently fighting for them. She belongs to the Brittany household. 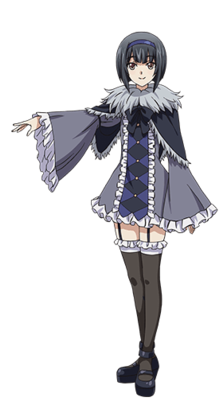 The heir of the Burgundy household, she's one of Montmorency's childhood friends. After the Battle of Agincourt her family has chosen to betray the Valois and side with the English. 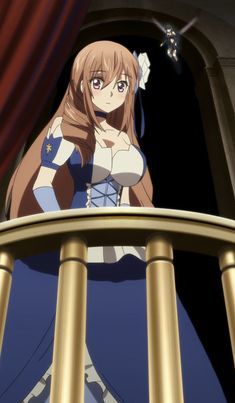 Third daughter of the French Royal Family of the Valois, she's the third member of Montmorency's old group of friends. After her brothers' death in the Battle of Agincourt, she has become the next heir to the throne.

The commander of a mercenary unit sent by Charlotte to protect Domremy and the rest of Lorraine. She wields a massive lance and a pistol. She loves cute things, and because of this, she fell in love for Jeanne and Astaroth the moment she saw them. 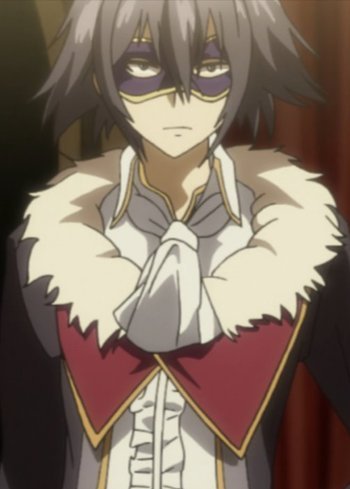 Montmorency's cousin, he's the Grand Chamberlain of France. Despite being Charlotte's first councellor, he thinks that the Valois have no chance to win against the English. Thus, he conspires with the English and the Burgundy household to end the war with a treaty that will surrender half of France to the enemy. 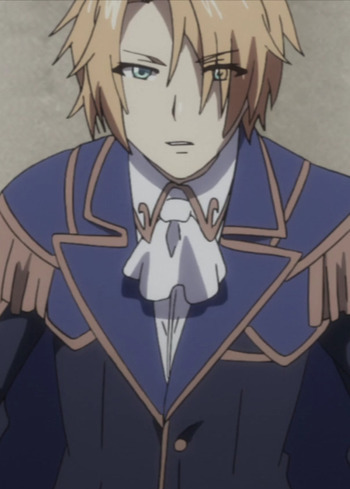 The commander of the French army during the Siege of Orléans, he's Richemont's younger brother and the ruler of Alençon. He's one of the few nobles of Northern France still loyal to the Valois. 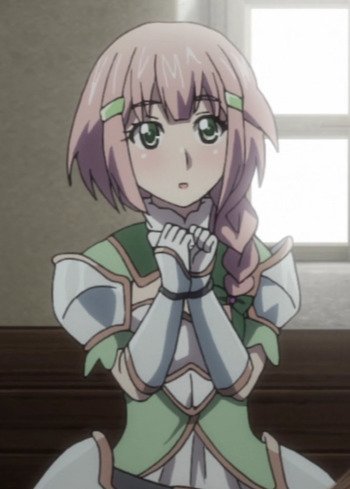 Charlotte's illegitimate cousin and her trustworthy bodyguard, he's Alençon's second-in-command during the Siege of Orléans. Despite being a boy, he dresses and acts as a girl by Charlotte's order, to satisfy the princess' desire of having a little sister. 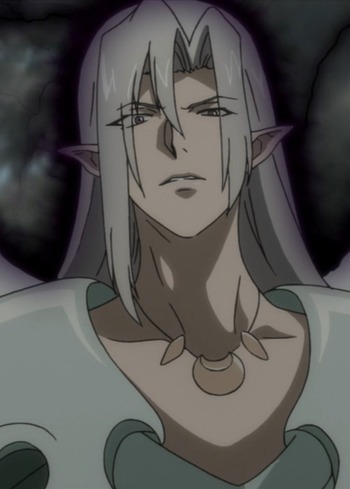 The leader of the 72 gods who have created humanity.