The series' reimagining (or so it seems...) of Ultraseven, Ultraseven X is a mysterious red giant whom DEUS agent Jin has one day awoken to find himself suddenly able to transform into, using his newfound power to confront the nefarious aliens who menace the world from the shadows.For tropes that apply to Ultraseven in general, see the Ultraseven character sheet.
DEUS
A top-secret international organization that specializes in defending Earth from the machinations of various extraterrestrials. Its agents live as ordinary civilians until the DEUS Commander orders them on a mission. All members of the team go by codenames. 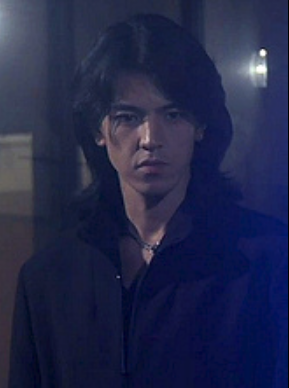 The series' protagonist and human host of Ultraseven. He is a DEUS agent who woke up one day with no memories and the ability to transform into Ultraseven. As he fights a variety of sinister alien invaders as both man and Ultra, he must uncover the mystery of his newfound powers, which he accesses with his own version of the Ultra Eye. 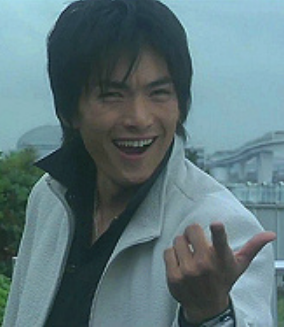 Jin's main partner in DEUS. Agent K is sort of a laidback kind of guy and something of a wisecracker, but also Jin's closest friend, as well as a superb marksman and close combatant. 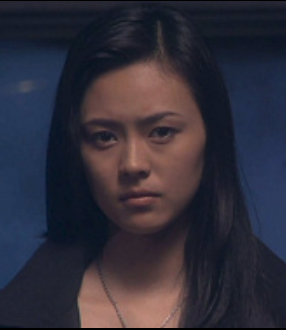 Another DEUS agent who works with Jin. Agent S specializes in working undercover, but is quite capable when she has to get into a fight. However, Agent K's attitude gets on her nerves. 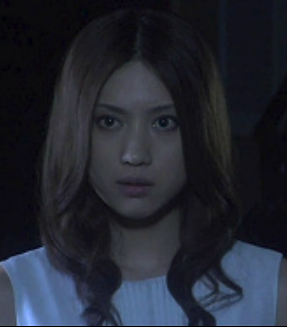 A mysterious young woman who often appears to Jin with advice or warnings. Although she is not really a member of DEUS, she was present with Jin when he woke up without his memories, being the one who gave him the Ultra Eye and told him he needs to save the world. She is key to the mystery behind Jin's memories and Ultraseven's origins.

The mysterious voice who assigns DEUS agents on their missions.

An ex-DEUS agent who appears in episode 2, "CODENAME 'R'". He left the organization a year ago after his wife committed suicide. Disillusioned with the world, he turned to a group of mysterious aliens that promised to take him to a paradise, as they had been with many other lonely and miserable Earthlings. However, the aliens have one request for him: he must bring with him "the Red Giant".

Another ex-DEUS agent. He appears in episode 7, "YOUR SONG". He was formerly the partner of Agent S, but was seemingly killed when sent to thwart an invasion scout from the planet Vairo named Nataru. In reality, he had faked his death to elope with Nataru. However, Nataru's superiors have come to Earth to execute her, bringing Agent D back into his old mess.
Advertisement:
Monsters and Aliens 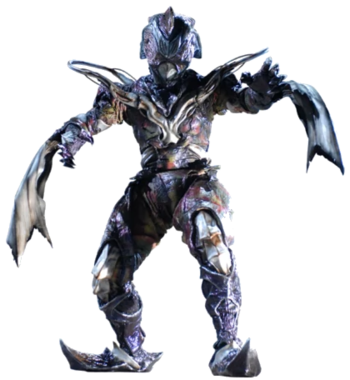 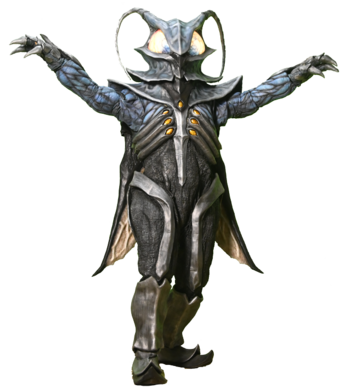 An insectoid alien who is something both of a mercenary and a businessman. He had been commissioned by mysterious forces to construct an enormous device to help invade Earth. Disguising himself as a businessman named Tamaru, he hired a community of homeless people dubbed the Hopeless to help him build his device. However, he's also intent on using their brains, which contain the energy needed to power the machine.

Alien Markind has proven to be a surprisingly enduring foe, for he has made a number of appearances in more kiddie-friendly Ultra Series with the same role as a tradesman on the side of the villains. 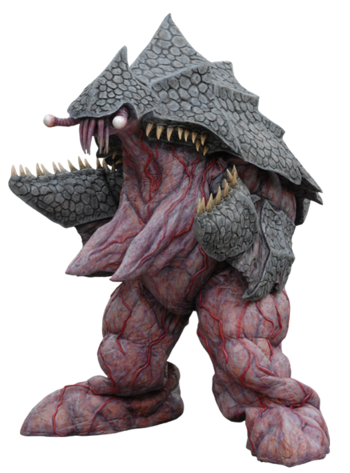 A parasitic alien organism made of thousands of smaller individuals with a malevolent hive intelligence. It sought to dominate the human race by taking over the pharmaceutical company Nano Cybertech, using each of its tiny selves as the key ingredient in Shiner 05, a drug that enhances the human brain's processing power. 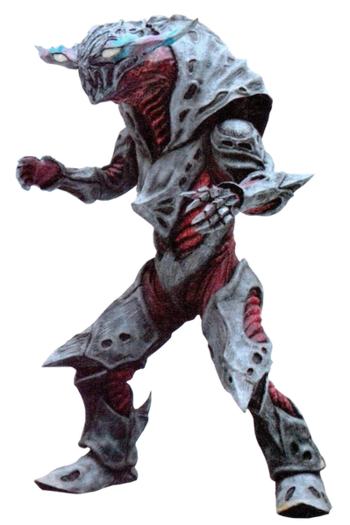 One of a brutal alien race whose people have long waged war against the planet Chamuda. He has come to Earth in search of an artifact called the Oripham, which his people hid on Earth long ago, for it holds a great power that the Chamuda planned to use to turn the tide of the conflict against his kind. 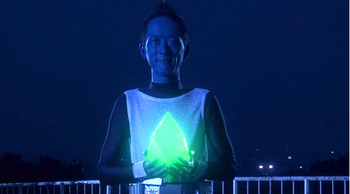 A race of physically fragile aliens whose frail bodies have put them in an unfair position in their war against the Vo-Da aliens. A number of war refugees now live on Earth, but they find themselves drawn into the race against the Vo-Da to find the Oripham, a long-lost artifact whose power may be used to defeat the Vo-Da and end their war with Chamuda.

The Soul of Light 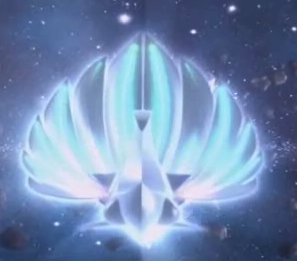 An incredibly ancient alien entity made entirely out of light. She has traveled the universe for thousands of years after her homeworld's destruction rendered her the last of her kind, but she has arrived on Earth in search of a companion willing to join her endless voyage.

A race of aliens whose tyrannical ruler requires all of his subjects to wear masks as a symbol of fealty to him. One individual named Nataru came to Earth to scout a possible invasion prior to the series, but ended up falling in love with a DEUS agent known as Agent D, even removing her mask for him to pursue a life as a musician. Thus, a small army of her kind have come to Earth to not only finish the job, but execute her for her traitorous actions. 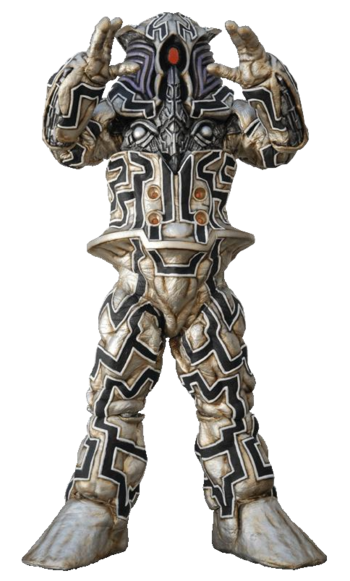 A monstrous bio-mechanical robot utilized by the Alien Vairo in their invasion schemes. They unleashed the creature upon Tokyo in order to destroy the traitor Nataru and DEUS.

Alien sleeper agents placed on Earth by others of their kind. The Hupnath live as ordinary humans, but when an act of intense violence is committed against them, they become their true forms and enter a murderous rampage. One individual was behind the slaughter of a number of drug dealers, and DEUS' investigation traced the killer to a young couple named Asami and Kyosuke Agata that had had a bad encounter with the dealers' drug ring a few months prior. 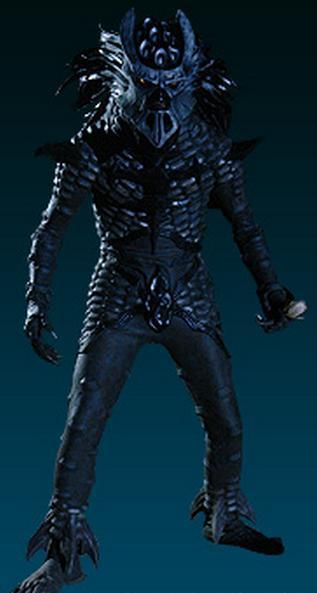 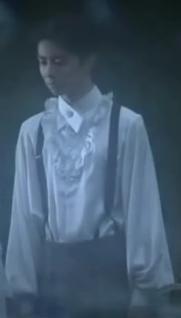 A beast-man from local folklore that originally appeared a century ago but has returned with the advent of a lunar eclipse. It was originally a human-like alien named Nozomu who came to Earth 100 years ago during a lunar eclipse and fell in love with a woman named Mahiru Saginomiya, only to transform into a savage monster that murdered Mahiru when his alien physiology reacted badly to being immersed in water. In the present, he has returned in search of Mahiru, unaware of the role he had in her death. 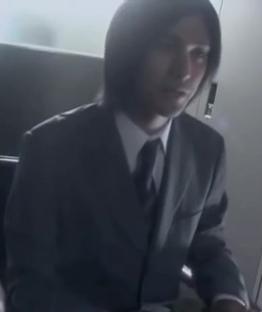 Nozomu's older brother, who came to Earth with him and witnessed the events that led to Nozomu becoming a monster and Mahiru's death. A century later, he now lives as a folklorist named Toshiyuki Ogata, becoming known as something of an expert on the legend of Jyuujin and Mahiru. 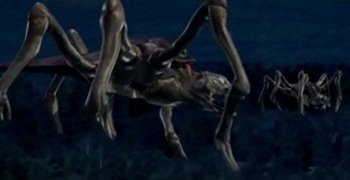 The ultimate villains of the series. They are an enigmatic species of aliens responsible for many, if not all, the events in the series, including how Jin became Ultraseven. But to say any more about them would reveal too much about their place in the series and its world...