The Character Page for Twitch Plays Pokémon Emerald. For a directory of all character pages, as well as characters shared between runs, see here.

◊ Alas! My attention has been appropriated by an amalgamation of arguing articulations. These annoying antagonists are agents of an almighty and absolute being, and aspire to adopt me as their antihero. My aim - assuredly, as an act of arrogance - is to award their amoral absurdity with arousing their antithesis of anarchy, accord. The only answer is ATTACK! An acute assault, with such accuracy as to absolve my awareness and acquit me of their aggression. Admittedly, this alliteration is far too abverbial, so let me simply add that, actually, it’s authentically a good honor to meet you, and you may call me... A.
Mr. T: Are you, like, a crazy person?
A: I am quite sure they will say so.

The Mob's latest host. After 3 failed attempts, they finally settled on a girl named A.

A's next door neighbour and rival. Son of Professor Birch. According to some in the Mob, he is actually Mr. T.
Gym Leaders

The first Gym Leader in Hoenn, Roxanne follows Brock's example of using Rock-type Pokémon. She has two Geodudes and a Nosepass in Emerald version.

The second Gym Leader in Hoenn, he effects a surfer-dude persona and leads the Gym of the secluded Dewford Town, relying on Fighting-type Pokémon.

The third Gym Leader in Hoenn and head of the electric Mauville Gym, Wattson follows Lt. Surge's example of using Electric-type Pokemon. He has a Voltorb, a Magneton, an Electrike, and a Manetric in Emerald version.

The fourth Gym Leader of Hoenn, Flannery follows Blaine's example of using Fire-type Pokemon. She has a Numel, a Slugma, a Camerupt, and a Torkoal in Emerald version.

The fifth Gym Leader of Hoenn, Norman is also the father of A. He specializes in Normal-type Pokemon. In Emerald, he has a Spinda, Vigoroth, Linoone, and Slaking.

The seventh Gym Leader(s) in Hoenn, Tate & Liza follow Sabrina's example of using Psychic-type Pokemon. They have a Claydol, a Xatu, a Lunatone, and a Solrock in Emerald version.

The eighth and final Gym Leader in Hoenn, Juan is a sharp-dressed man running the Sootopolis City Gym after Wallace's departure, retaining its Water-type specialty. He uses a Luvdisc, a Whiscash, a Sealeo, a Crawdaunt, and a Kingdra.
Elite Four

The first of the Elite Four, Sidney uses Dark-type Pokemon. In Emerald, he has a Mightyena, Cacturne, Shiftry, Crawdaunt, and Absol.

The second of the Elite Four, Phoebe uses Ghost-type Pokemon. In Emerald, she has two Dusclops, two Banette, and a Sableye.

The third of the Elite Four, Glacia uses Ice-type Pokémon. In Emerald, she has two Sealeo, two Glalie, and a Walrein.

The fourth of the Elite Four, Drake uses Dragon-type Pokémon. In Emerald, he has a Shelgon, Altaria, Kingdra, Flygon, and Salamence.

The Hoenn Pokémon Champion after Steven stepped down, Wallace uses Water-type Pokémon. In Emerald, he has a Wailord, Tentacruel, Whiscash, Ludicolo, Gyarados, and Milotic.
Advertisement: 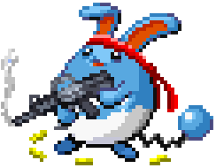 A's seventh Pokémon and the third caught during her second Triple Capture Spree, Marill was sent to the PC automatically due to A's team being full, but the attempt to retrieve her resulted twice in her being the only 'mon left in the party. This ended up being a blessing in disguise, as being alone allowed A to grind Marill and defeat the first Gym with it. Since then, she has gone on to become A's primary and most powerful Pokémon, especially after A's starter Pokémon Torchic was released. 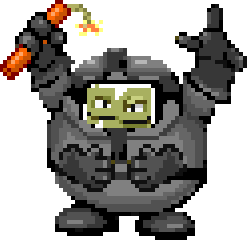 A female Geodude caught in a cave. Later evolved into a Graveler. 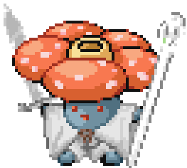 A female Vileplume caught as an Oddish in the Safari Zone. Evolved into Gloom via Rare Candy and then Vileplume immediately after, in Democracy. 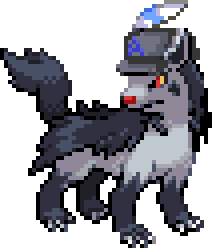 A male Mightyena caught while attempting to catch an Absol. It was the longest kept and strongest of A's Poochyena "Wolfpack". 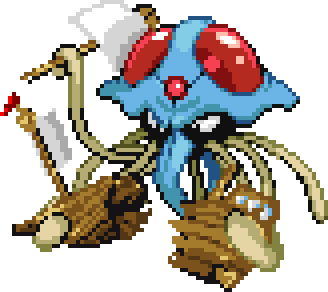 A female Tentacruel caught to be used for Waterfall and Dive. Evolved via Rare Candy in Democracy. 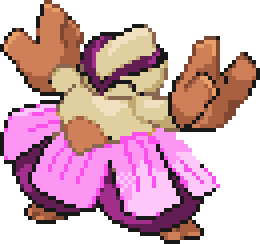 A female Hariyama caught in Victory Road, a few days before the end of the game. Acquired merely to fill a hole left by the boxing of XX the Wingull, its Fighting-type prowess led it to becoming one of the most important and powerful members of the team during the campaign against the Elite Four.

A's third Pokemon, the second part of a triple-capture streak. it evolved into a Kadabra.

The Shedinja produced by Dotty shedding her skin upon evolution. Thought to be inhabited by the soul of Zexy.

A septet of Poochyena caught during several consecutive capture streaks. As they have little distinguishing characteristics and are often retrieved from the PC together, the Mob has been referring to them as a collective.

A Wurmple who had yet to be taken out of the PC ever since being captured, until Day 10. Interpreted by some as an agent of Bill, and by others as his own mastermind.
CCC the Minun

A female Pikachu caught at the Safari Zone.

A male Wingull caught while attempting to catch another Tentacool.

28note  There was an Oddish egg created during the playthrough but it has yet to be retrived.Oddish and 1 Gloom captured in a several back to back Safari Zone runs after the original was released.
B-list Pokémon
Various Pokémon that A caught and haven't had much effect on the game or the players since.

HUUTTTTT the Taillow ("Taillow the Hutt")

A Taillow caught to the east of Rustburo, and subsequently added to the party as it had less than six members at the time.

Caught outside of Fallarbor Town.

A seviper caught outside of Fallarbor Town with a Great Ball.

A Torkoal caught on Route 112.

A Wingull caught on Route 110.

A Tentacool caught surfing to Route 118.

4 Girafarig caught in the Safari Zone.

4 Duduo caught in the Safari Zone.

5 Natu caught in the Safari Zone.

2 Pikachu caught in the Safari Zone.

2 Wobbuffet caught in the Safari Zone.

A female Zigzagoon caught on Route 118.

A female Castform found in the Weather Institute.

A Tentacool caught surfing near Route 118.

A Graveler caught in the Magma Hideout.

A Shuppet caught with an Ultra Ball.

A male Tentacool caught outside the Aqua Hideout.

A Golbat caught with an Ultra Ball on Victory Road. 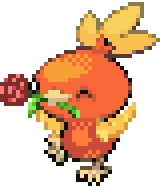 A's perpetually lonely starter Pokémon. Despite the mob really wanting Treecko, in a rush to save Professor Birch from a wild Zigzagoon, A reached for the nearest Poké Ball, which happened to contain a Torchic.

A's second Pokemon, the first of a triple-capture streak.

An Oddish caught near Mauville City while struggling to defeat Wattson. She resists electricity.

A Trapinch caught on Route 111. While originally nondescript, its potential to evolve into a Flygon divided the Mob and made them spend almost an entire day at the PC trying to get it into the party even though their team had already taken shape. It was eventually released, but the damage had already been done to A's team.

A Wingull caught near Mauville City while struggling to defeat Wattson. Given its typing, Wingull would be of no help in the fight but would come in handy later.

The inventor of the new Pokémon storage system of Hoenn. While at first seeming more benign than the one devised by Bill, it is in fact even more efficient at stealing away the main character's Mons.

The first of two criminal organizations A encounters. Team Aqua is an environmental activist group dedicated to expanding the world's waters, their rationalization being that all life depends on water to survive - that the threat of the dreaded ledges would be reduced is an added bonus. Their leader is Archie.

The second of two criminal organizations A encounters. Team Magma is an environmental activist group dedicated to expanding the world's land, their rationalization being that all life depends on land to thrive - that the threat of countless Tentacool and Wingull would be reduced is an added bonus. Their leader is Maxie.
Steven Stone

The True Final Boss / Superboss of Emerald and the Champion in Ruby and Sapphire. Steven had an interesting double battle with A against Team Magma, causing the Mob to call him Steven-senpai.

The other two starters, the former of whom the mob wanted the most.
The Lost Characters

The seven characters the Mob created, and then lost in either soft resets or cancellations from B-button spam.
Pokenav Trainers

Trainers defeated by A and registered on her Pokenav. They don't call nearly as often as the ones from Crystal, but they have a few fans.

A shiny Chinchou that A encountered on Route 126.