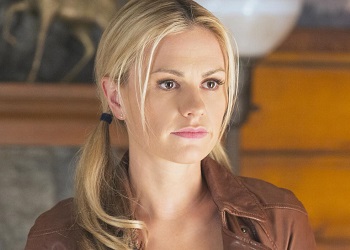 "I didn't have any say about being normal. We're born the way we are."
Played By: Anna Paquin
"I'm a fairy? How fucking lame!"

A telepathic waitress in a small-town restaurant and the protagonist of the series. Because of her ability, she has difficulty forming lasting human relationships. She becomes involved in a romantic relationship with a vampire, Bill, upon discovering that she can't read his mind. This relationship with a supernatural being causes controversy amongst the residents of her small town. Through Bill, she finds herself entering a world of creatures and supernatural conflict that surpasses even her worst nightmares. 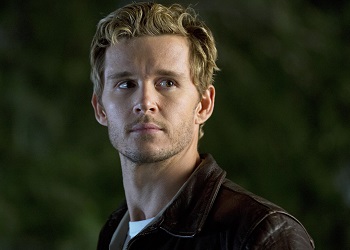 "Never really thought I was smart enough to get depressed."
Played By: Ryan Kwanten
"We gotta fix things, Andy. I ain't lettin' weird shit take over my town!"

Sookie's not-too-bright, self-involved brother, who is vigilant in defending and protecting Sookie. He supervises a road crew during the day, and is known for bedding the women of Bon Temps at night. 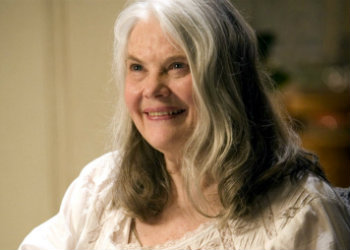 "You are a man in this family, but I am the oldest person here and this is my house. You better respect me boy."
Played By: Lois Smith
"You're always careful, Sookie, about what counts and I can depend on that."

Jason and Sookie's paternal grandmother. She raised Jason and Sookie following their parents' deaths. Sookie keeps living with her after becoming an adult and later inherits Gran's house. She is portrayed as a very kind-hearted, motherly figure, with even Tara Thornton's mother crediting her for raising Tara when she couldn't. 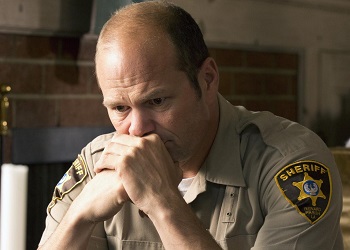 "I just want to say that I’m sober, and I’m lonely, and I can be good to someone if they let me."
Played By: Chris Bauer

A police detective in Bon Temps who is somewhat incompetent at his job and is regularly disrespected by the town's citizens. He is a recovering alcoholic. 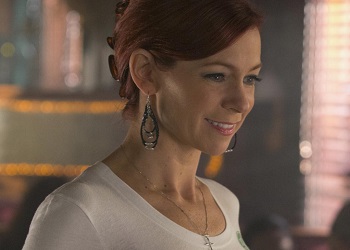 "I'm sorry you fell in love with a serial killer, alright, but honestly, who here hasn't?"
Played By: Carrie Preston
"Vamp club not all it was made out to be, huh?"

A waitress at Merlotte's. A four-time divorcee, she is a single mother of two. While she has a good heart, she is often apt to resort to bigotry (directed at vampires) and openly disapproves of Sookie's relationship with Bill. Arlene often makes remarks that have distinctly racist undertones though this often appears to be unintentional. 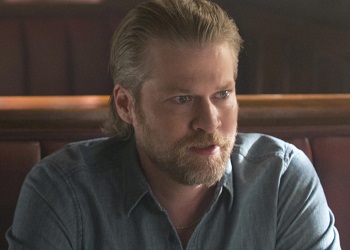 "I don't like feeling the pressure."
Played By: Todd Lowe
"Your Mama just gets a little crazy sometimes, which means we just have to love her that much harder."

An Iraq war veteran who works as one of the cooks at Merlotte's and he's a cousin of Detective Andy Bellefleur. He shows clear signs of post-traumatic stress disorder but despite his unusual behavior, is a gentle soul. He is one of the few who are kind to Bill and he finds him to be a kindred soul as Bill is a veteran like him. 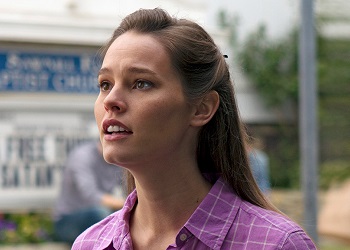 The surviving Halfling daughter of Andy Bellefleur and Maurella. 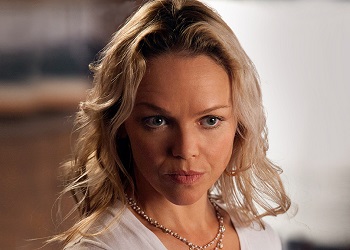 "There ain't no spell that can't be undone if you got the juice."
Played By: Lauren Bowles

A waitress at Merlotte's introduced in the third season. She is very friendly and a single mother of two, and is also a devoted Wiccan. 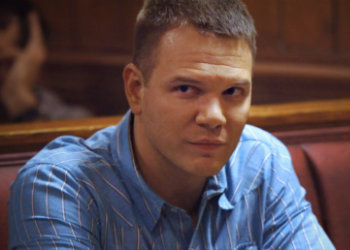 "You can tell a lot about someone by the way they smile."
Played By: Jim Parrack
Bud 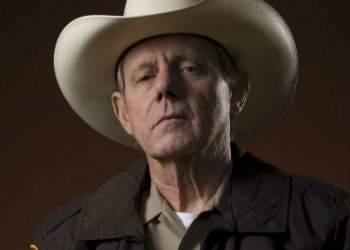 "This town's a hell of a mess and I'm man enough to know I can't shoulder it myself."
Played By: William Sanderson
"Every time we clear one murder, two more spring up. It's like crab grass."

The sheriff of Renard Parish and an old friend of Sookie and Jason's deceased parents. While he is well respected in the town of Bon Temps, he goes out of his way to show his distaste for vampires and vocally objects to Sookie's relationship with Bill. 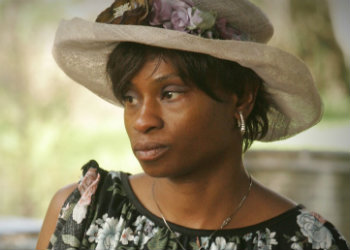 "You can't come home. I'm not gonna let you."
Played By: Adina Porter

Tara's abusive, alcoholic mother. During the first season, she persuades Tara to fund an exorcism to expel a demon that she is convinced lives inside her. She blames the demon for her actions, claiming he targeted her for her closeness with Jesus. Tara reluctantly agrees to pay for Lettie Mae's exorcism, after which Lettie Mae visually and mentally improves and develops into a faithful member of the local Christian community. The woman that performed the exorcism, Miss Jeanette, is exposed as a fraud and later killed by Maryann, but Lettie Mae refuses to believe her exorcism was unreal.

A human that waitressed at Fangtasia. 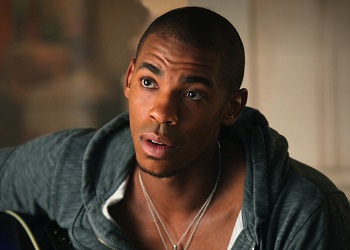 "We're all luckier than we can imagine."
Played By: Mehcad Brooks
"You know it took me a long time to stop looking over my shoulder too. But there's good people in this world. Sometimes, good shit happens."

A guest of Maryann Forrester's who has a less than reputable past; he gradually begins a romantic relationship with Tara Thornton. 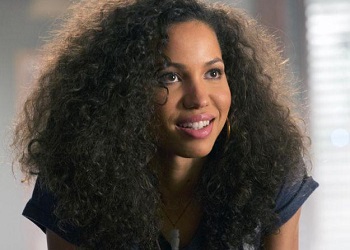 "They're coming for you next!"
Played By: Jurnee Smollett

A key member of a band of well-meaning (if Too Dumb to Live) liberal advocates. The gang models itself after the civil rights activist Freedom Riders of the 1960s, a group of progressive protesters who rode buses from state to state, challenging racial segregation and Jim Crow travel laws. 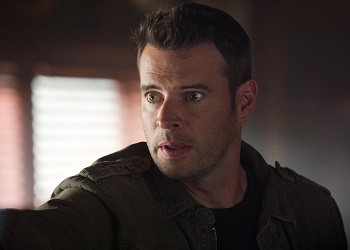 an Iraq war veteran who was Sgt. to Private Terry Bellefleur, and not a resident of Bon Temps. 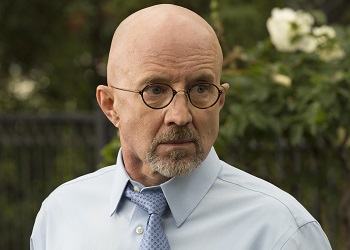 "It's time for humans to bite back!"
Played By: Arliss Howard

A 'good ol' boy' politician with a bigoted vendetta against vampires. Governor Burrell is a politically savvy and perhaps overly ambitious man who tends to let his personal aspirations overshadow his humanity. Like virtually all right-wing conservative politicians, he sees vampires are monsters and does not see them as people despite knowing that they were once human. 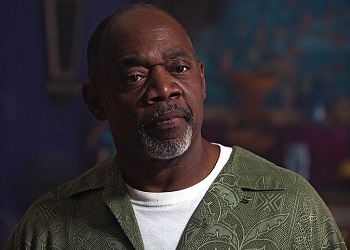 The pastor of one of the churches in Bon Temps, and a respected member of the community. In Season 3, he begins a romantic relationship with a seemingly reformed Lettie Mae, and by Season 4, the two are married. He and Lettie Mae are sought out by Arlene and Terry in Season 4 to rid their home of the evil spirits that they believe are targeting their baby, Mikey. In Season 6, he performs the service at Terry's funeral at Arlene's request. Reverend Daniels is also a leading supporter of Sam's decision to pair up humans with vampires in an attempt to ensure mutual protection and security. 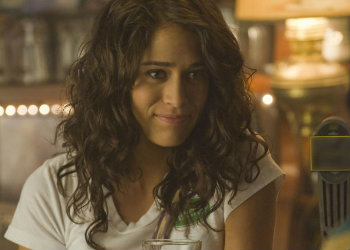 "I am an organic vegan and my carbon footprint is miniscule."
Played By: Lizzy Caplan

Jason's bohemian, V-addicted love interest. Hailing from Storrs, Connecticut, she meets Jason in vampire bar Fangtasia. After learning he is looking for more V to use, she comes to his house and uses V together with him. She starts a relationship with Jason, who thinks that she might be "the one", and becomes a waitress at Merlotte's. 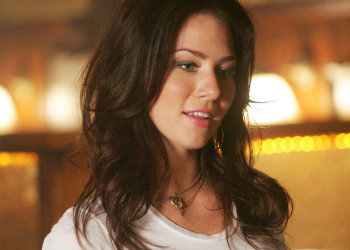 Sookie's co-worker, previously in a relationship with Jason. She briefly attempts to rekindle her relationship with him, but after he criticizes her after finding out she slept with a vampire, she forces him out of her house at gunpoint. 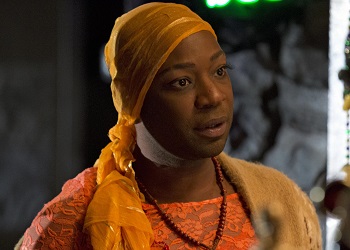 "It ain't possible to live unless you crossin' somebody's line."
Played By: Nelsan Ellis
"Well, hey there sweetness. You ready to party?"

A short order cook at Merlotte's, a drug dealer, a member of Jason Stackhouse's road crew, and Tara's cousin. 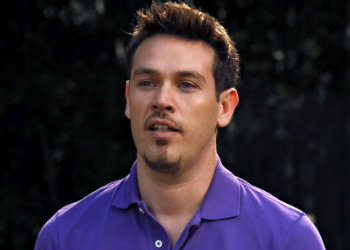 A nurse at the mental institution where Lafayette's mother is a patient. On their first meeting, he seems to take an immediate interest in Lafayette, followed by a personal visit to Merlotte's to spend time with Lafayette while he is at work. Although they like each other, he leaves once he finds out Lafayette is a drug dealer. When Lafayette calls Jesus to help with his mother, their attraction is once again ignited and they spend the night together. Jesus reveals himself to be a "brujo" (or "witch") to Lafayette and encourages him to develop his own wiccan talents.