This is the character sheet for True Beauty 2020. 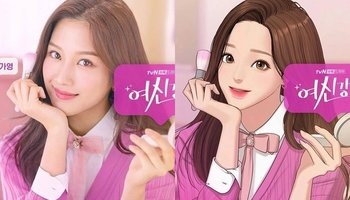 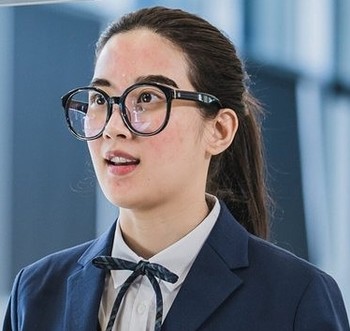 "Things are different now that I’m pretty. Including the way they look at me."

The main character of True Beauty. She is a bright 18-year-old who likes horror comics and metal music but has developed a complex about her appearance as she was bullied at her previous school due to having acne, red cheeks and thick eyebrows. She masters the art of makeup and transfers to Saebom high school where she is treated way too differently thanks to the makeup hiding her bare face and becomes a student in Class 2-5. Jugyeong is immediately considered a goddess in Saebom High on her first day there. She is also a middle daughter between two siblings; her older sister, Heegyeong, and her younger brother, Juyeong, who goes to the same school as her. 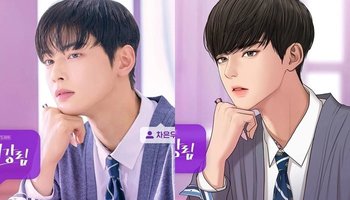 "No matter how you look, makeup or no makeup, you are always you."

He is Saebom high school's ace and model student with an aloof personality, and is also in Class 2-5. He is known and praised for his dashing looks, top grades and excellent basketball skills. However, he has a bad and dysfunctional relationship with his father, the CEO of move entertainment and a famous actor whom Suho is ashamed of. He suffers from great trauma due to a tragic past incident that turned him into a cold emotionless guy and made him resent his father. He is childhood friends with Kang Sujin. Naturally, Suho comes from a wealthy family and he used to be best friends with Han Seojun. 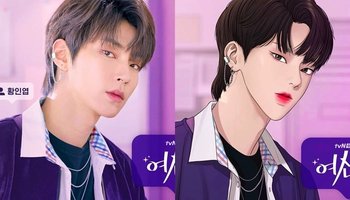 Another student in class 2-5 of Saebom high school, who is equally as handsome and popular as Suho. Although he has a reputation for being a tough bad boy, he is actually sweet, kindly, and adores his family to no end. Known for his great singing skills, he is also a former idol trainee, but a horrifying incident leads him to give up on stardom and sever his friendship with his now ex-best friend Lee Suho. Seojun comes from a relatively poor family, so he takes on many part-time jobs including amateur modeling to financially aid his mother and sister, especially since his father is deceased. 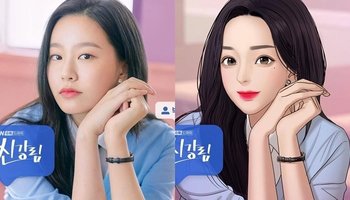 Classmate and close friend of Jugyeong and Soo-ah in Class 2-5 as well. She is regarded as the class "goddess" by Soo-ah, and is also a model student from a high-class family as Suho. Despite having a seemingly perfect life, she is emotionally scarred due to being forced to excel at school and being physically abused by her father when she does not meet his standards. She was a childhood friend of Suho and harbors a romantic attraction toward him. She has a cool, girl crush and no-nonsense personality at the beginning of the series. 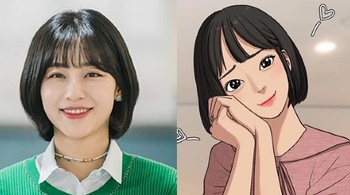 "I guess we did not mean… anything to her."

Yoo Taehoon
A student in Jugyeong's classroom and Soo-Ah's boyfriend. He is also the closest thing Suho has to a friend after Suho and Seojun's falling out.
Ahn Hyungyu
Another guy in Class 2-5.
Kim Chorong
One of Seojun's best friends at Saebom High.
Advertisement:
Han Joonwoo
Portrayed by: Oh Eui-Sik

"To me, you are all beautiful. Beautiful from afar. Even more up close. You all do not know how beautiful you are. Being at the age of 18 itself is beautiful and thrilling."

Hong Hyunsook
Jugyeong's mother and Jae-pil's wife. She runs a beauty shop called Pandora that is popular with older women.
Im Jaepil
Jungyeong's father and Hyunsook's husband. The plot is kicked of when he loses a large amount of money to an investment scam, forcing the family to move back to their old home and their two younger children to transfer schools.
Im Heegyeong
Portrayed by: Im Se-mi

"If you felt even a drop of guilt, then you should not have gone this far".

Jugyeong's older sister and an employee at Move entertainment, the company of Suho's father.

A famous Hallyu actor and Suho's father. He is also the CEO of Move Entertainment.

Seojun's younger sister who goes to the same high school as him. She is a talented singer but has similar issues with her appearance as Jugyeong.

"There's a saying that goes, "Not even a flower should be used as a weapon."

The "goddess" of Yongpa High School, who along with her Girl Posse mercilessly bullied Jugyeong when they were classmates.

Ju Hyemin
Jugyeong's classmate at Yongpa High School, and the only person Jugyeong was able to talk to there. She is meek and rather weak-willed, and was forced by Semi to help bully Jugyeong. She too eventually transfers to Saebom High in episode 11 after also being bullied by Semi.
Lee Sungyong
A student at Yongpa High School and Semi's (ex-)boyfriend at one time. He is a troublemaker who has an unspecified ax to grind with Han Seojun.

Jung Seyeon
Suho and Seojun's best friend who was apart of a boy group under Move Entertainment but ended up committing suicide by jumping off a building as a result of cyberbullying and fake scandals.
Selena Lee
A famous makeup artist whom Jugyeong idolizes.
Chaenee
A recent singer under Move Entertainment, who has a huge crush on Seojun. After high school, Jugyeong ends up working for her as an assistant makeup artist.