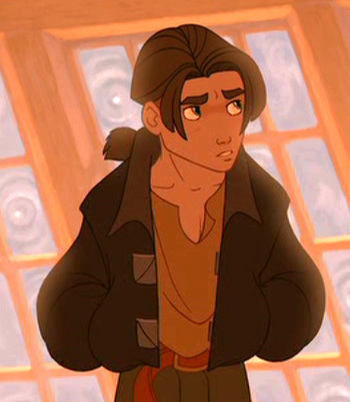 A rebellious but talented teenage boy who, after being given a map to the legendary Treasure Planet, sets off in hopes of gaining enough fortune to rebuild his family's inn and garner the support of his single mother. 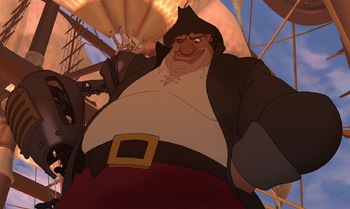 "Who be a humble cyborg to argue with a captain?"

An ursine alien who's the film's main antagonist... at first. He comes to be a father-figure to Jim during their adventures, in part due to the fact that Jim's father is long gone. 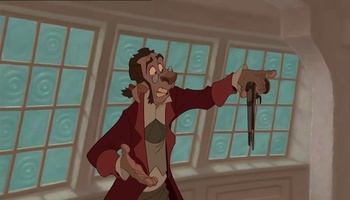 "All my life I've been waiting for an opportunity like this and here it is screaming: Go Delbert! Go Delbert!"
Voiced by: David Hyde Pierce; Bernard Alane (European French Dub)

Dr. Delbert Doppler is a canine alien and also a well-off astronomer. 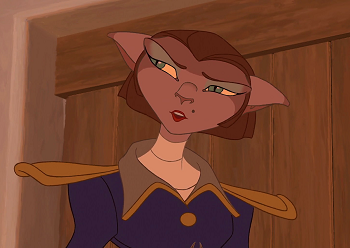 "You can keep that kind of flim-flammery for your spaceport floozies."
Played by: Emma Thompson; Michèle Laroque (European French Dub)

The female lead, Captain Amelia is the experienced captain of the R.L.S. Legacy, the ship Doctor Delbert Doppler hires to journey to Treasure Planet. 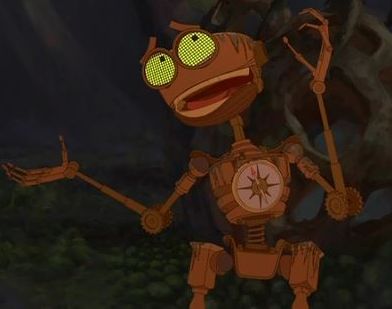 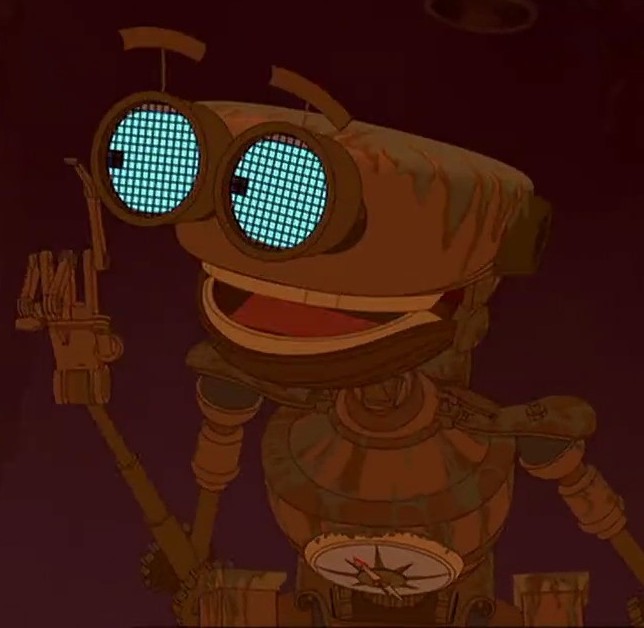 B.E.N. (Bio Electronic Navigator) is a robot and sidekick and the secondary tetartagonist.

Morph
Voiced by: Dane A. Davis 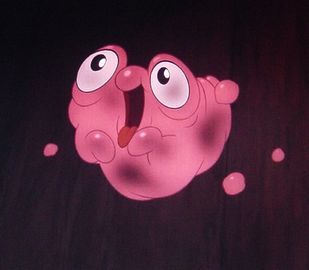 Morph is a pink blob of space goo that has the ability to morph into anything he wants. At some point prior to the film, Silver found him and took him as a pet. 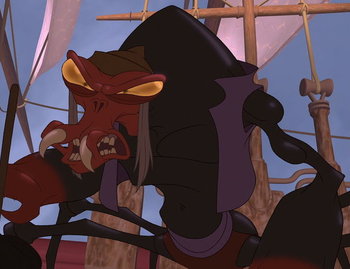 "Cabin boys should learn to mind their own business."

Scroop is the secondary antagonist of the movie. He is an insectoid creature who attempts to stage a mutiny on the ship. 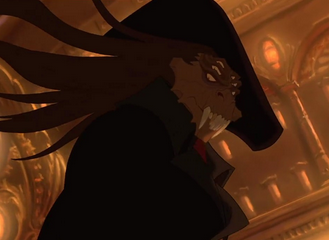 Captain Nathaniel Flint was a fearsome and very successful space pirate who amassed and hid a great deal of wealth, and is long dead by the time the movie starts. Captain Flint was remembered by history as one of the most feared space pirates of all time. 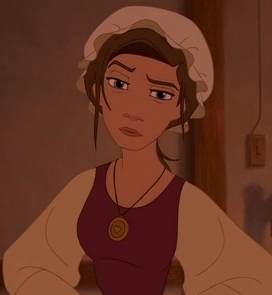 Sarah Hawkins is the single mother of Jim and the owner of the Benbow Inn. She is struggling to keep the Inn afloat, and her son constantly breaking the laws doesn't help matters either. 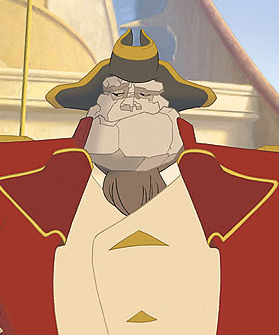 "I'll not tolerate a cross word about our Captain. There's no finer spacer in this, or any, galaxy."
Voiced by: Roscoe Lee Browne; Igor de Savitch (European French Dub) 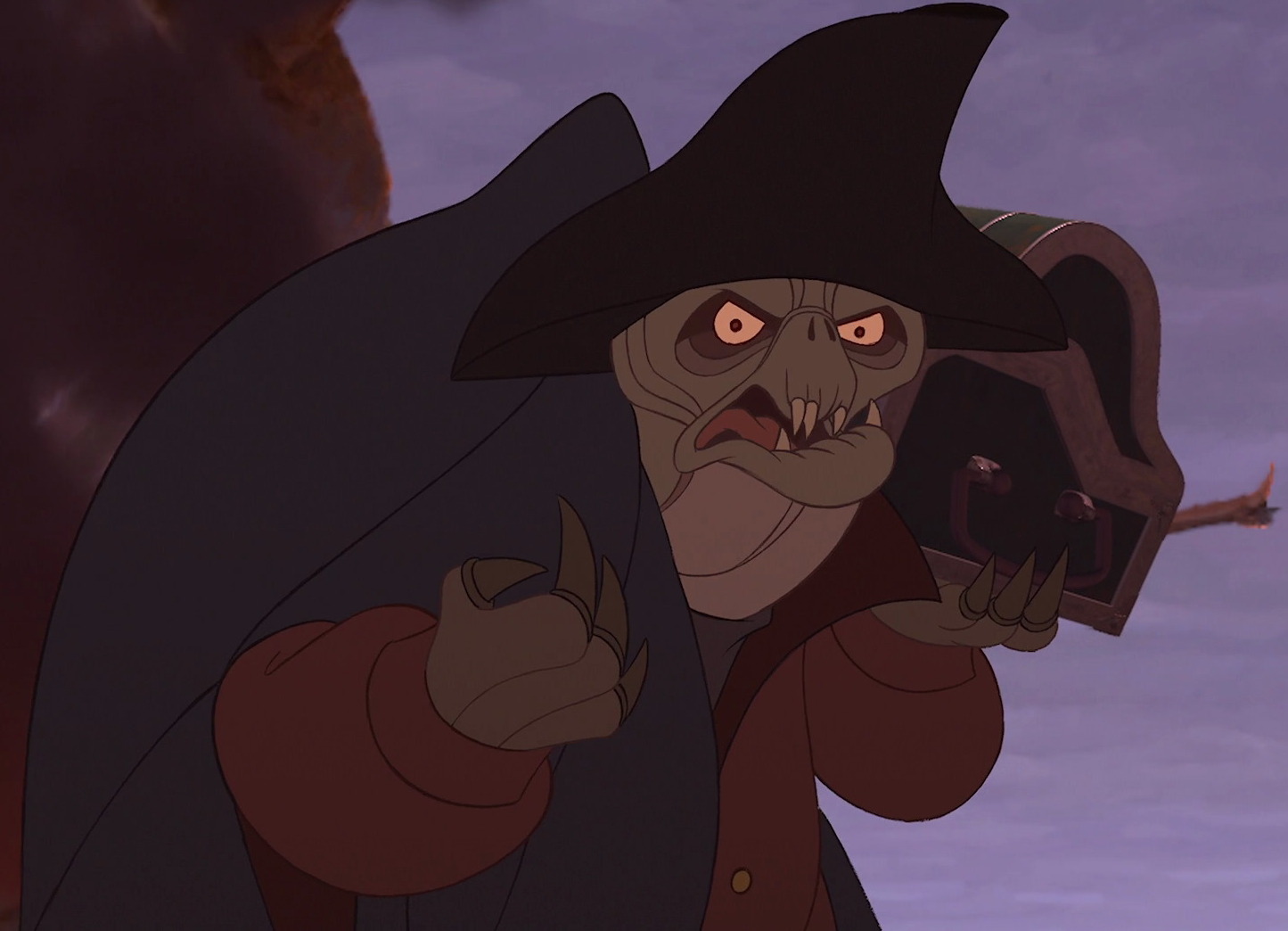 Billy Bones is an aged turtle-like alien. He is a space-pilot and the last member of Captain Flint's crew. He kicks off the plot by landing near the Inn, giving Jim the map, and warning him about Silver. 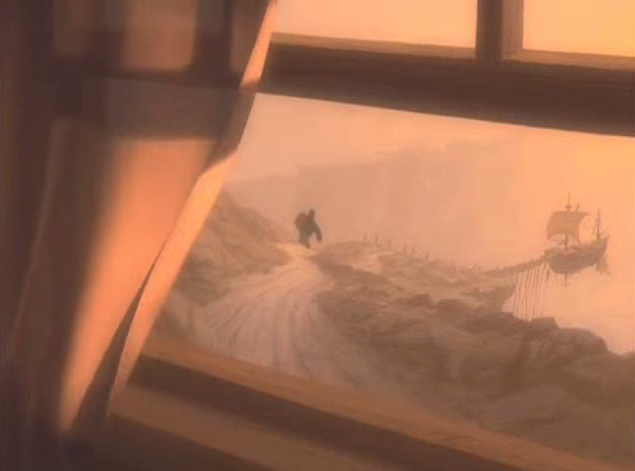