The former City-Speaker of Caminus, she has since abandoned that title in order to pursue her vendetta against the Combiners that have ravaged her homeworld. 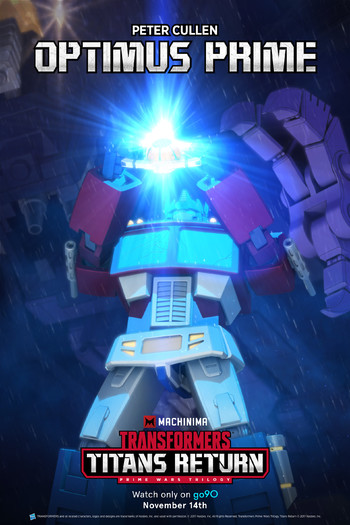 The former leader of the Autobots. Fearing that the introduction of the Combiners will lead to an escalation of the war terrible enough to destroy Cybertron itself, he challenged Megatron to a final duel. After defeating Megatron in said duel, he sent himself into exile, feeling that he as a living symbol of the war, he would only cause trouble.

After meeting Windblade, Optimus agrees to join her on her quest to destroy the Enigma of Combination. 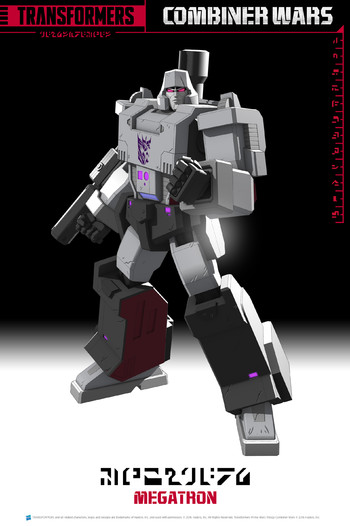 "What was that you always used to say, Prime? Oh, that's right. Transform and roll out!"

The former leader of the Decepticons. Following his defeat in a final duel by Optimus Prime, Megatron was exiled and has since made his home on a dead world.

After Optimus and Windblade meet with him and inform him Starscream has the Enigma of Combination, Megatron agrees to join them. He plays a much smaller role in the sequel series, Titans Return, sitting out of it and most of the time just observing what goes on and having a small subplot. But he gets a much larger role in the Power of Primes series, now being the leader of a rather unorthodox team. For some reason he's also now a triple changer, being able to turn into a tank or a BFG.

The Council of Worlds
The current rulers of Cybertron, the Council is represented by an Autobot (Rodimus Prime), a Decepticon (Starscream) and a colonist (The Mistress of Flame). Charged with maintaining the fragile peace that followed the end of the war, the Council is extremely worried about the Combiner threat.

The Council as a whole

Successor to Optimus Prime. While he still respects his predecessor, he's determined to be his own bot and come up with a solution to the Combiner threat, even if his solution meets with Optimus' disapproval.

Successor to Megatron. While he freely admits that he wanted to overthrow Megatron and take his place, becoming part of the Council of Worlds has tempered his ambitions with a new-found sense of responsibility. Or so he claimed before seizing the Enigma of Combination for himself.

A native of Caminus, the Mistress of Flame effectively abandoned Caminus to become a member of the Council of Worlds alongside Rodimus Prime and Starscream.

The combined mode of the Technobots.

The combined mode of the Stunticons.

The combined mode of the Constructicons.

A Combiner neither Autobot nor Decepticon, Victorion hopes to show other Combiners a path to peace. 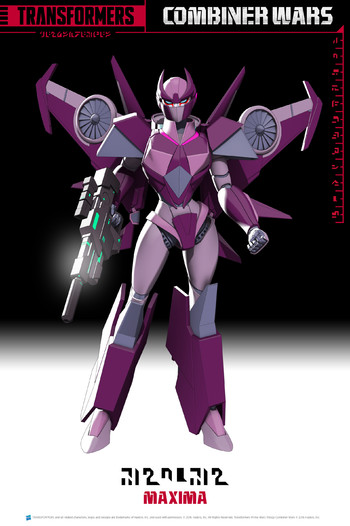 A native of Caminus and Windblade's close friend.Maxima was on Caminus when Computron and Menasor fell onto the planet. With Computron out of commission, she and Windblade tried to bring the giant Decepticon down. Menasor retaliated by knocking off both of her arms, and Maxima bought time for Windblade by firing her jets directly into Menasor's eyes. This self-sacrificing move proved fatal, and Maxima was killed by Menasor shortly afterwards.

A near-invincible Decepticon warlord who harbors a deeply personal grudge after Megatron became the first warrior to ever beat him, and will do whatever it takes to settle the score. 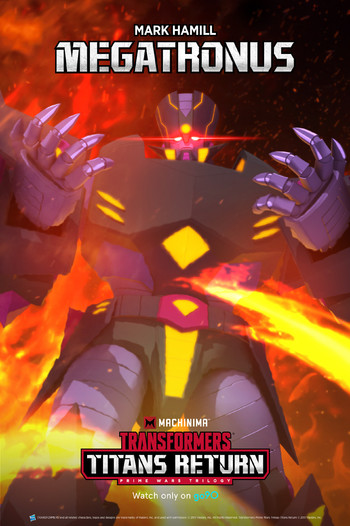 "You're weak, just like the rest of your people. They did not deserve to exist in this world, in my world. Prepare to join them. Prepare to die!"

Long ago, Megatronus was hailed as a hero for his defeat of Unicron using the Requiem Blaster. However, he and his lover Solus Prime clashed over what to do with the Blaster afterwards, as Megatronus wanted to keep it for his own rather than see it destroyed. As the two fought, the weapon was accidentally discharged, killing Solus and leaving Megatronus to grieve. Without warning The other Primes took back the Blaster from Megatronus, sealing it away, and he placed himself into exile until he could find a way to reunite with his deceased love.

Introduced in Power of the Primes 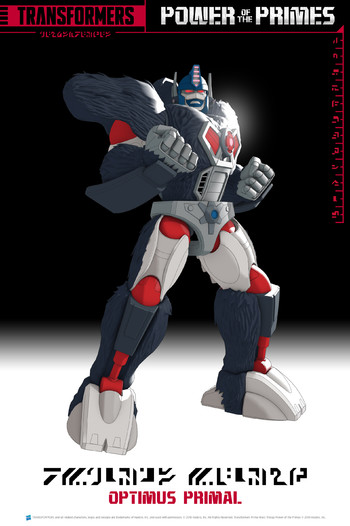 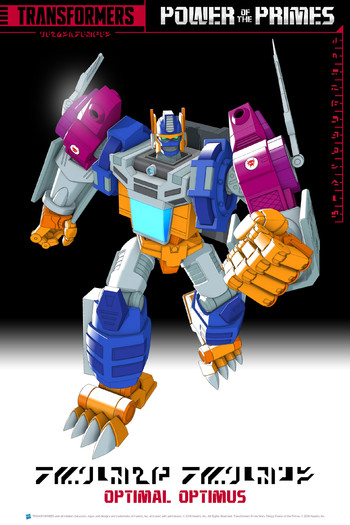 Optimus Primal was the latest in a long line of noble Cybertronians tasked by the gods with guarding the Requiem Blaster. For as long as he could remember, he was sealed with it inside a dome in Primal Swamp to watch over it. This continued until Megatron eventually found and entered the vault, hoping to retrieve the Blaster in order to keep it out of Megatronus's clutches. Primal appeared before him and fought to defend the Blaster, but Megatron told him that Cybertron was facing extinction and that he was prepared to give his life to save the planet. Sensing the truth in his words, Primal relinquished the Blaster to Megatron, who left the vault with it. As the former Decepticon and his team discussed their next move, Primal followed him outside and properly introduced himself, and soon joins in on the quest to stop Megatronus.