The main human protagonist, he was living a quiet life in a remote Nevada town until he accidentally stumbled into a fight between Arcee and a couple of Vehicons. Young but level-headed, he often tends to be the voice of reason among humans and Autobots alike. He has no real exceptional skills to offer, but is ready and willing to step up to any challenge that has been presented.

"Was there a fight? Can I come with next time?!"

An exchange student from Japan seeking to escape the boredom of a regimented schedule, she was initially wondering if Jasper, Nevada was really the place to escape from boredom. To her horror, she was dead wrong...for a while. A bonafide adrenaline junkie, Miko loves being a part of this intergalactic war and desperately wants to join in on anything and everything related to it, whether she's realistically useful or not. She idolizes Bulkhead and sees him as the coolest bot on the team, often encouraging him to take more initiative.

The youngest of the human kids, he was present when Bumblebee came to aid Arcee against a group of Vehicons. Abnormally smart for his young age, he is still very young and easily overwhelmed. He grew up in a large family who rarely have time to listen to him, which is why he bonds so closely with the normally quiet Bumblebee. 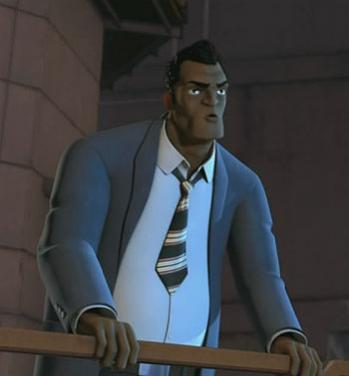 A human liason to the Autobots, Fowler's job is to monitor their activity and report back on issues of interest. Their agreement is to let the Autobots handle Decepticon activity, but at various points he has called on their help dealing with the dangerous MECH organization. Often grouchy, regardless he has a good deal of respect for Optimus, his team and the human kids, and has grown to trust them to make the right calls. 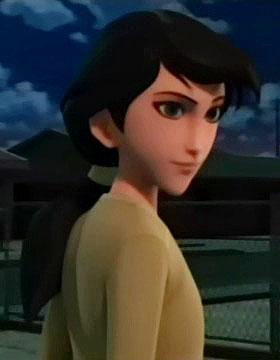 Jack's mom. She works as a nurse at the local hospital and has raised Jack ever since his father left. Because of that, she raised Jack to be very responsible in his schoolwork, job and friendships, but is still very concerned for his safety. She was initially kept out of the loop, not fully realizing where Jack's motorcycle came from, but eventually came to see the full scope of events her son is involved with.

"I am Silas.. But of more consequence to you, we are MECH." 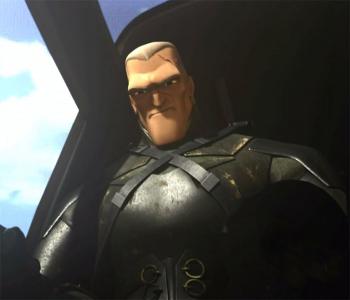 The leader of the advanced technological rogues calling themselves MECH, he is a steely individual with the scars to prove his life experiences. He was resolving to make guerilla attacks to acquire advanced military hardware, at least until his first encounter with the Cybertronians. Now his ultimate goal is to unlock their technological secrets and use it for his own nefarious purposes.

One of Silas' top men and an expert on Cybertronian dissection.

A classmate of Jack (and by extension, Miko and Raf), she didn't really pay him much mind until he talked with her while on his motorcycle. Unaware of Jack's involvement with alien robots, they've had a few hiccups as they grow closer together.

Jasper, Nevada's resident jerkass, Vince is a bully who takes part in illegal street races. Has his eye on Sierra, much to the annoyance of Jack.

"Please explain why we haven't been served Megatron's steel head on a silver platter."

A construction worker who appears in "Tunnel Vision" and plays a fairly major part towards the end of the episode.

An ancient god of Creation, he is a deity and ancestor of all Cybertronians. Locked in a perpetual stalemate with his counterpart Unicron, defeated him by creating the Thirteen Primes. Once peace was established he merged with the core of Cybertron, giving life to the planet by providing an abundance of energon. The war corrupted his core, forcing him to shut down for millions of years to repair the damage and he bestowed the Matrix of Leadership to Optimus for safekeeping. 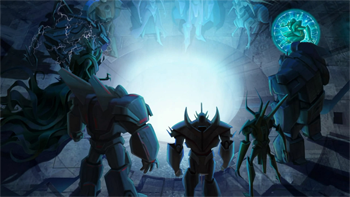 Powerful creations of Primus who tipped the balance in the battle against Unicron. They are responsible for the creation of Cybertronian society and their unique qualities can be seen among their descendants. 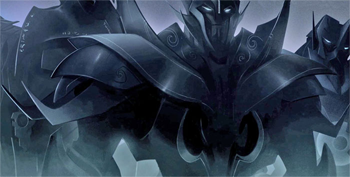 The first Transformer ever created by Primus and the leader of the Thirteen Primes. He was known as the Warrior of Light and is the original bearer of the Matrix of Leadership. 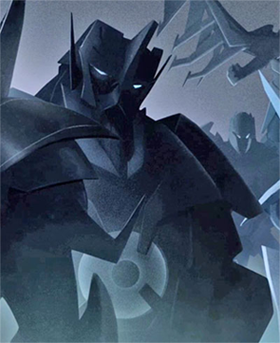 Tasked with protecting time and space, Vector Prime watches over the multiverse from his own pocket dimension, sometimes stepping in to help. 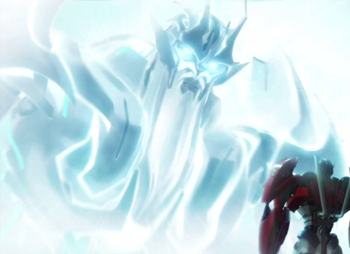 The overseer of the Iacon Hall of records and keeper of the Covenant of Primus and the reality-bending Quill. He played the role of mentor to a young Orion Pax. 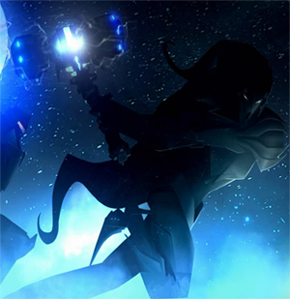 The Thirteen's weaponsmith and the first female Cybertronian. She was killed in a fit of rage by Megatronus.

The co-founder of Cybertronian civilization alongside Alpha Trion.

The first and greatest of the Combiners. His components are named Clocker, Mainspring, Chaindrive, Pinion, and Cannonspring.

The first Cybertronian with a beast mode.

A lighthearted trickster and a master of shapeshifting.

The creator of the Quintessons.

Created to act as an evil counterforce to good, Liege Maximo eventually betrayed his fellow Primes to pursue his own designs. 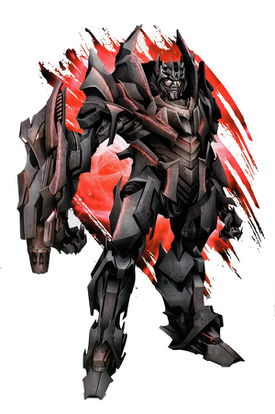 Formerly the Guardian of Entropy and Warrior of Darkness, he fell to corruption and was cast out from the Thirteen. 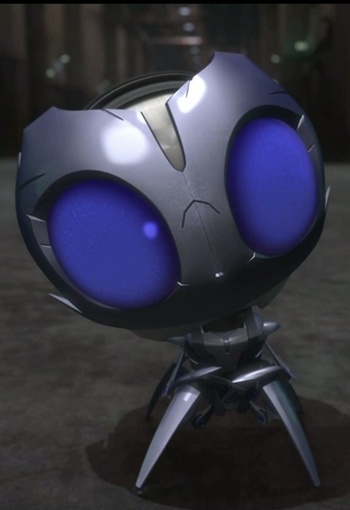 Tiny, metal termites who love living metal and are incredibly destructive wherever they go.
Nemesis Prime

"I am Optimus Prime, leader of the Autobots, and I bring you this message. *blam*" 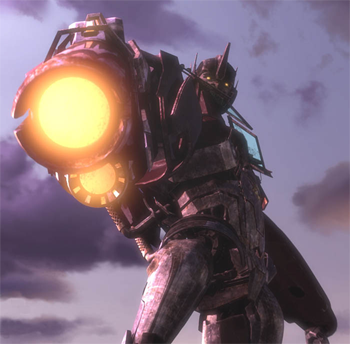 A great breakthrough for MECH research, Nemesis Prime is a near perfect copy of Optimus Prime and controlled by a human interface.

Powerful items of Cybertronian origin that somehow found their way to Earth.