The main antagonists of the series, the Decepticons were originally the followers of Megatronus (later Megatron), a gladiator-turned-revolutionary who sought to mend the inequalities present in Cybertronian society. But Megatron's darker ambitions soon came to dominate his initial purposes, and when the council turned down his request to be made a Prime in favor of his friend and student Orion Pax, he led the Decepticons against those he saw to have "betrayed" him. Cybertron lapsed into civil war between the Decepticons and Optimus/Orion's faction, the Autobots, which culminated in Megatron poisoning the planet's core with a mysterious substance called Dark Energon, rendering it a dead world. Autobots and Decepticons alike fled in a mass diaspora from their now all-but-uninhabitable homeworld, spreading out across the galaxy to continue their war on other worlds.

In the present day, Megatron leads his forces in battle with the Autobots on Earth. They're quite a varied crew, ranging from simple footsoldiers to loyal and unflinching members to power-hungry sociopaths, with new members periodically joining the ranks as others die or defect.

open/close all folders
In General
Megatron/Megatronus/D- 16 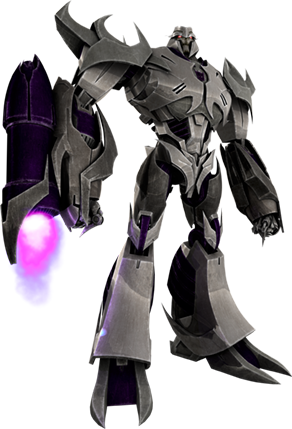 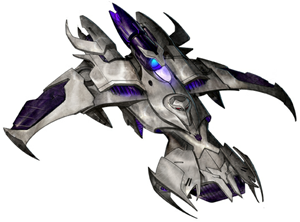 Ah, misdirection, Optimus! You would have made a fine Decepticon!

The leader of the Decepticons, he was originally a miner named D-16 who competed in the Gladiatorial Arena in Kaon. Proving popular with the crowd, he took the legendary name "Megatronus" and later "Megatron", then started gathering followers as he talked about eliminating the caste system that prevented lower level individuals such as himself from moving up the social ladder. This got the attention of Iacon data clerk Orion Pax, who supported his cause and gave him the opportunity to address the Cybertronian High Council. But his darker ambitions got the better of him, and when Orion was named Prime over him, Megatron vowed to take control of Cybertron itself, rendering the world uninhabitable in the process.

I am no stranger to ambition.

Originally an Air Commander of the Seekers and neutral during the civil war, Starscream found himself enticed by the power Megatron commanded and wished to acquire it for himself, rising in the ranks to eventually become Megatron's second-in-command. Trusted with a lot of the fine details of commanding and organizing the troops, Starscream is not quite satisfied with the delegated power he has and wants complete control. But he knows that he could never challenge Megatron on a physical level, so he bides his time. 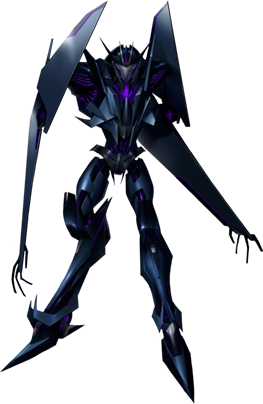 One of Megatron's earliest followers and a fellow gladiator of Kaon, Soundwave is absolutely loyal to Megatron, providing communication and technical skills that gives Megatron's strategies a precise edge. While capable of talking, he prefers to stay quiet and observant, talking only by repeating certain phrases back to explain his point. His extreme competence and significant skill give any troops with delusions of grandeur (such as Starscream) second thoughts. 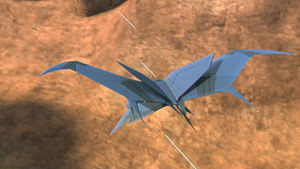 Soundwave's surveillance and attack drone, who rests on his chest when not in use. Widely feared among Autobots and dubiously loyal Decepticons alike as the "eyes and ears" of Soundwave, Laserbeak is one of his most effective tools in both espionage and combat. 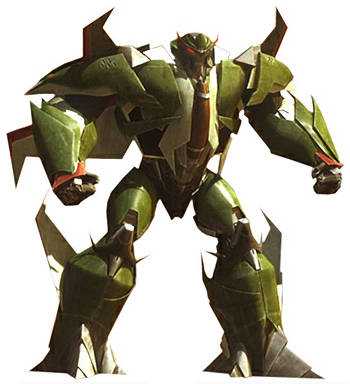 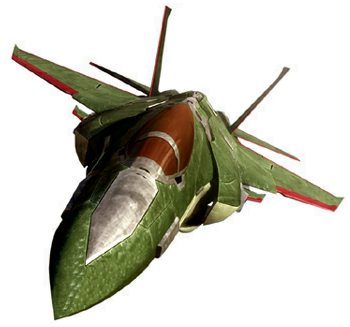 I am here on a mission, assigned to me by my one master: Megatron.

A member of the Seekers, an elite Decepticon unit, Skyquake is undyingly loyal and obedient to Megatron. Once sent to assassinate Optimus, he was later placed on Earth as a sleeper agent for when the time came to revive him. Dreadwing is his split-spark twin. 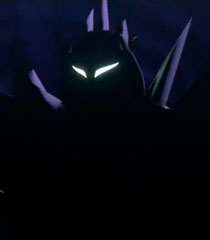 Let's get this party started!

A rare "shifter" Cybertronian, Makeshift is able to easily and quickly impersonate other Cybertronians in both appearance and voice. This makes him an excellent spy and infiltrator. 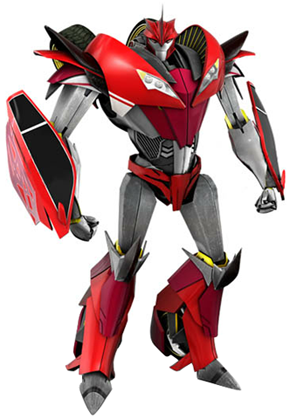 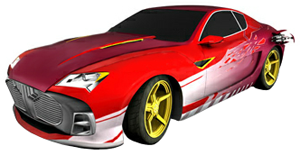 A skilled Decepticon fighter and doctor, Knock Out is very particular about his specifications and appearance, choosing a European sports car alt mode because he preferred the look. Regardless, he is perfectly capable of mixing it up in a fight and provides a precision strike while his close friend and partner Breakdown provides the muscle. 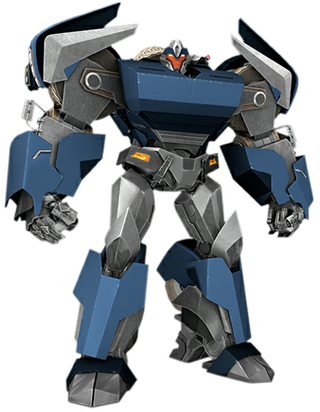 Never run when you can fight.

A long time rival to Bulkhead, Breakdown is a tough bot whose loyalty to the Decepticons stems mostly from allowing him more opportunities to fight. When it comes to the actual Decepticon cause, he stands out as an enigma who doesn't care too much about it, and he's actually a pretty decent guy, even with his temper. A close friend of Knock Out's, they form a dangerous team and like to go off on their own agendas. 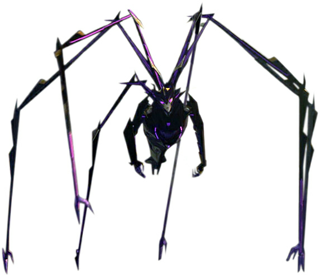 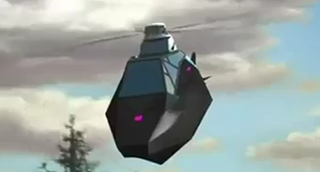 I fully intend to snuff out your Spark. And believe me, I will make it hurt. But that won't compare to the pain you'll feel knowing I'm adding your human to my collection.

During the war on Cybertron, Airachnid operated as a mercenary holding no allegiances to either side and displayed a fondness for the hunting of prey. As the Decepticons are all for wanton destruction, she allied with them just so she could continue her sick games. After capturing and torturing Arcee, they share an enmity that has only grown with each encounter. While respected for her skills she doesn't mesh well with the other Cons, who find her arrogant, antagonistic even to her own side and far too confident in her leadership abilities. 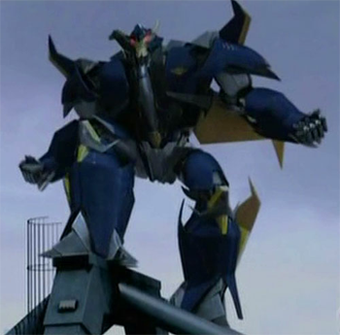 Then by the Pit, every last Autobot on this accursed world will pay.

A Seeker and Skyquake's split-spark twin, Dreadwing is similarly loyal to Megatron and came to Earth to seek revenge for his brothers' death. A powerful Decepticon warrior, he quickly rose through the ranks to eventually become Megatron's second-in-command. Unique among Decepticons is that Dreadwing possesses a strong sense of honor, and his word is his absolute bond, even to his enemies. Though Dreadwing may hate Optimus Prime for the death of his brother, they deeply respect each other and have formed alliances for common causes of honor. 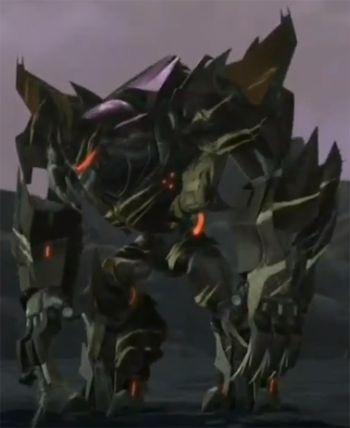 Divide. And do not hesitate to conquer!

An intelligent Insecticon that Megatron selects to hunt down one of the Iacon relics. Though it was destroyed, he still managed to grievously injure Bulkhead, prompting Wheeljack and Miko to undertake a revenge mission which culminated in his death. 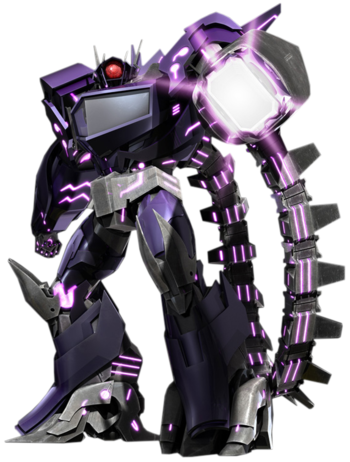 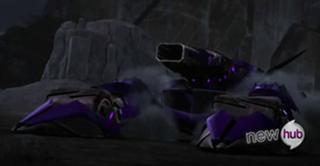 One of Megatron's top lieutenants and his most eminent scientist. Shockwave is responsible for many technological advances such as reverse engineering space bridge technology from ancient Cybertronian data and the Cortical Psychic Patch is his own creation. He is fiercely logical and holds no grudges so long as the reasoning is sound. He is generally fascinated with using his science to create powerful new warriors, and is responsible for the creation of Predaking.

The basic Decepticon footsoldiers, they are basically a faceless mass who can be tough, but don't possess a lot of skill to properly challenge the Autobots despite their vast numbers. They come in three varieties, Miners, who have dual optical bands and are clearly smaller and lighter armed, Sports Cars who are more heavily armed and form the bulk of their forces, and the Aerial Fighters who transform into jets.

Basically Cybertronian beasts, Insecticons are largely allied with the Decepticons and are often placed in stasis pods until they are awakened. They appear to be savage beasts incapable of higher thought process, but they reveal themselves able to speak later.

My mission assumes priority. Any Cybertronian who interferes... will be neutralized.

The former Decepticon monstrosity known as Trypticon, reconfigured into the Decepticon Warship known as the Nemesis after failing to destroy the Autobots during the Great War, as a means for the Decepticons to travel across star systems and plunder worlds for resources. The conversion robbed him of his former body and mind, leaving him a blank slate and allowing the Nemesis to serve as nothing but a vessel for eons. In present day, it serves as the main Decepticon base on Earth, constantly traveling around the globe and under heavy shielding to avoid detection. The ship very briefly regained a mind of its own when Megatron used the very unpredictable Dark Energon to repair its systems.