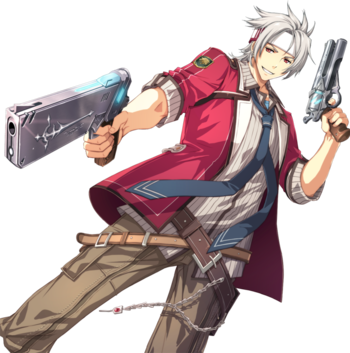 Crow as he appeared in Cold Steel II 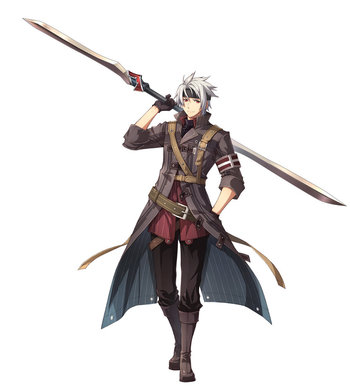 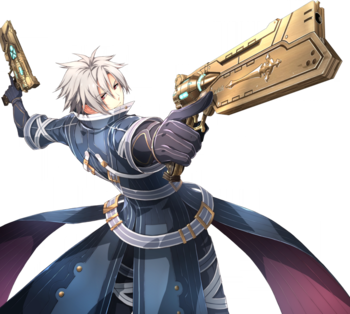 SPOILERS Crow as he appears in Cold Steel IV 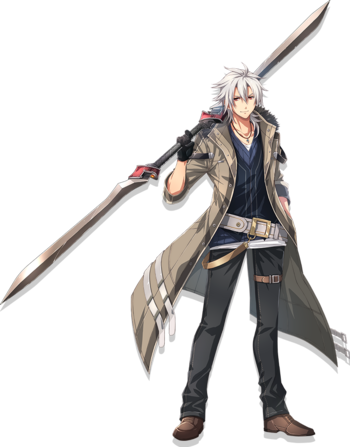 SPOILERS Crow as of Hajimari 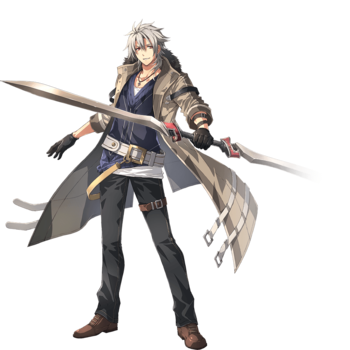 A common-born second-year student at Thors and part of the group that served as the trial class for the Class VII project. Rean first meets Crow after the latter cons a 50 mira coin out of him and later on ends up befriending him. Thanks to their time spent together as part of the trial class, he's also close friends with Towa, Angelica, and George. He later temporarily joins Class VII himself because his slacking off left him in need of extra academic credits in order to graduate in time less he repeat a year. He rarely takes himself too seriously.

At the end of Cold Steel I, it's revealed that Crow is none other than the terrorist known as "C", leader of the Imperial Liberation Front responsible for various incidents that take place during the story. He's also revealed to be the Awakener to the Divine Knight known as Ordine. His actions result in Trista and Thors being occupied by the Noble Alliance.

From there, Crow then serves as Rean's primary rival throughout Cold Steel II. Though both are on opposing sides, Crow often helps to guide Rean onto walking the right path. After a series of trials, he is eventually defeated by Rean in combat and agrees to come back with him and Class VII to Thors. However, due to circumstance, the Vermillion Apocalypse awakens and both Rean and Crow are forced to take it down and succeed in doing so.

Unfortunately, due to injuries sustained during the fight, Crow dies soon afterwards. His body is later buried at a cemetery in Heimdallr.