A series of Empathic Weapons forged by master blacksmith Ashul Edwaru, and given to a chosen Princess of Zahard. They can range from Cool Swords to Improbable Weapons, but all are very powerful.

Return to the main Tower Of God Character Index

open/close all folders
Ghost of the 13 Months

Ghost of the 13 Months 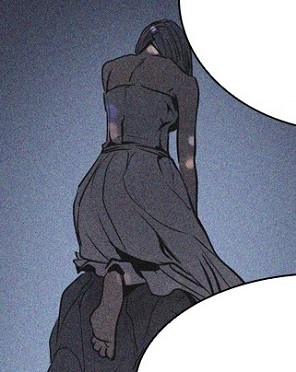 In the present, the ghost of the 13 Months makes her first appearance on the Floor of Death taking control over Yuri after she ignites the Black March and Green April at the same time.

Currently carried by An Zahard.

Granted to an unknown Princess who was killed by Eurasia Enne Zahard when she went berserk. Currently in the possession of Zahard himself. 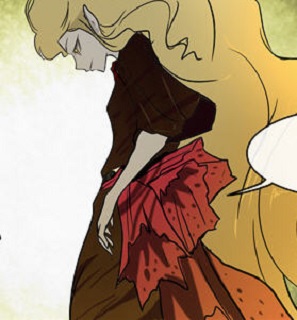 Originally given to Yuri Zahard, the Black March changed owners when she decided to help Baam with his 1st Floor test. It is a sleek black needle (a stabbing tool) with a self-confident, hedonistic attitude. She did not even talk to Yuri because they were alike, but heeds Baam's call, because he is cute. note Yes, this pisses Yuri off quite a bit.

During Baam's 2nd Floor journey, the Black March is taken away by Anak after Baam lost a wager during the Crown Game and was then used by Androssi in the fight against Ren. Yuri interferes in said fight, drives Ren away and takes back Black March near the end of season 1. Since then, Black March has remained in Yuri's possession, and is finally brought out again on the 43rd Floor of Death.

Anak's green hook weapon that originally belonged to her mother. Green April can expand, and split into several hooks at the hilt. In season 1, Green April is never seen talking, but seems to be insane and blood thirsty. After rescuing Anak from Ren, Yuri takes Green April away from her near the end of season 1.

Since then, Green April has remained in Yuri's possession, and is finally brought out again on the 43rd Floor of Death. In addition, Green April's spirit finally makes its first full appearance here.

Currently carried by Koon Maschenny Zahard. For an as-of-yet unexplored reason during the Hell Train saga, Maschenny bets her Yellow May for the Green April that's currently in the possession of Princess Yuri.

Translates as 'Luminous Sixth Moon', one of 3 in the 13 Month Series to not have a specific color. Currently carried by Alphid Zahard, confirmed to be a sword.

Translates as 'Ninth Moon of Darkness', one of 3 in the 13 Month Series to not have a color. Unknown attributes and whereabouts.

Confirmed to be a sword, currently carried by Arie Hagipherione Zahard.

Translates as 'Twelfth Moon of Nothingness/Emptiness', one of 3 in the 13 Month Series to not have a specific color. Used by Eurasia Enne Zahard, joint highest ranked Princess and non-Irregular alongside Adori Zahard (ranked 7th in the Tower).

The 13th item of the series.