A page detailing tropes on the twenty-two contestants, the three hosts and any other characters met in the story. Due to the nature of the story, there are a lot of spoilers. To avoid an excess of spoiler tags, all spoilers are unmarked.

The Molting Eagles
Overall tropes for the team include: 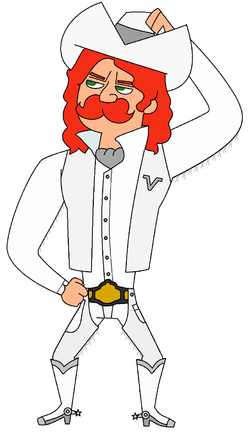 The Straight Shooter
The Fizzled Fireworks
Overall tropes for the team include:

The Token Goth
The Hosts