For the Cardiff side, see Torchwood's character page. 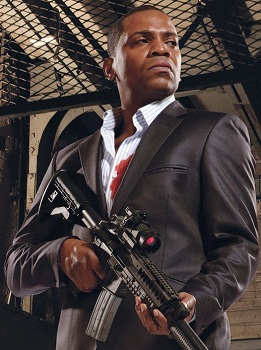 Played by: Mekhi Phifer
"What, you mean Wales is separate? It's like the British equivalent of New Jersey."

A hard-boiled CIA agent with zero patience for Torchwood's antics, Miracle Day's weirdness or Jack's... everything. Gets impaled on Miracle Day and has to live on with a giant hole in his heart (literally, and perhaps figuratively). Is very reluctantly roped into joining Torchwood. 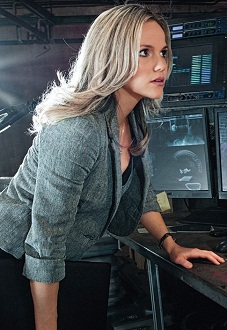 A CIA analyst whose curiosity attracts too much attention. Is asked by Rex to come help out when things go bad, and soon finds herself in way over her head. 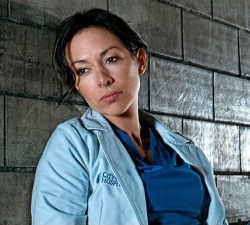 Played by: Arlene Tur
"Looks like someone changed the rules. Miracles got... easy."

Rex's doctor, whose first instinct when Miracle Day happens is to join as many medical panels and discussion groups as possible. Realises soon enough that talking won't save the world, and joins Torchwood. 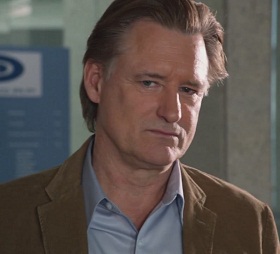 Played by: Bill Pullman
"She should have run faster."

A convicted child rapist and murderer whose execution happened to take place on Miracle Day. Decides to manipulate the media and secure his freedom. 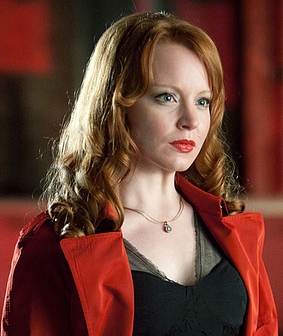 Played by: Lauren Ambrose
"Frankly I think if the Devil himself were to walk this earth, he'd need representation."

A mouthy PhiCorp PR woman with impossible amounts of lipstick and her conscience very neatly tucked away. Thinks she can cope with Oswald Danes.

One of Jack's many ex-lovers. He met Jack in 1920s New York, and the two of them were bootleggers together.

"We are everywhere. We are always. We are no one. And soon the families will rise."