Has his own page, owing to his impact on the wider franchise.

Total Watson and general Audience Surrogate, Welsh woman Gwen Cooper joined Torchwood after investing a little too far in a police investigation. Functions as The Chick and/or The Heart, so much so that a coked-up-alien-fish calls her out on it.

Curiously, Gwen is an identical relative of one Miss Gwyneth (as the Doctor gleefully tells her, a "spatial genetic multiplicity"), which may explain her talent for using resurrection gimmicks. Does not take crap from anyone. 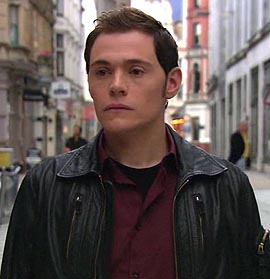 Oh, Owen. Torchwood's resident Dr. Jerk medical officer, Owen likes alcohol, sex, and being shockingly intelligent on occasion. Has a very nasty Establishing Character Moment in his first episode when he uses an alien pheromone spray on himself to date rape both a random woman and her boyfriend. From that point on, though, he goes through absolute emotional hell about once every three episodes (possibly as a form of karma), and gradually becomes a much more agreeable, likeable person. Deeply Troubled, but Cute ("I'M BROKEN, TOSH!"). Also functions as The Lancer. Is also the only member of Torchwood Three to never have met the Doctor. 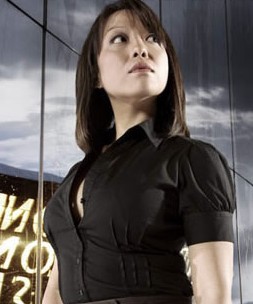 Played by: Naoko Mori (2006–08)
"I'm going to have to dig down into the system memory and see if I can find any remnants of deleted or temporary files. Completely illegal, of course."

The first member of Torchwood to appear in the Whoniverse, Tosh first met the Doctor in London. She's Team Torchwood's resident brainy chick. Tosh has your answer to just about everything, and can wield a gun to boot. A great example of Intelligence Equals Isolation, or maybe simply I Just Want to Have Friends, made even more heart-breaking by her epic unrequited love with Owen. 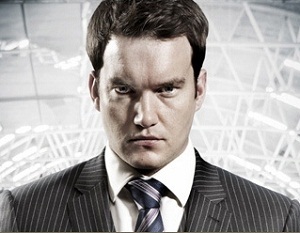 Played by: Gareth David Lloyd (2006–09)
"I clear up your shit. No questions asked and that's the way you like it. When did you last ask me anything about my life?"

Responsible for getting the Torchwood team where they need to be, Ianto also can make a mean coffee and looks great in a suit. Started out as The Big Guy, but eventually was revealed to have a Dark and Troubled Past in his own right. He was initially part of Torchwood London and witnessed the Battle Of Canary Wharf. Becomes Jack's fuckbuddy after a while, and his exclusive boyfriend in series 2. He gets to meet the Doctor. 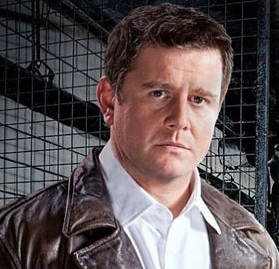 Played by: Kai Owen (2006–present)
[Singing along] "Who'd you trust to transport your goods? Harwoods! You won't be sorry with a Harwoods lorry!"

Gwen's boyfriend/fiancé/husband. A regular sweet Welsh lad who drives a lorry. Gwen tries to keep Torchwood a secret from him, which of course backfires spectacularly. 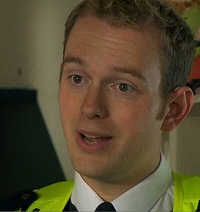 Played by: Tom Price (2006–present)
"If she's anti-terrorist, I would not mind being Uncle Terrorist."

Gwen's friend (and ex) at the Welsh police who's a bit miffed when she suddenly leaves the force for Torchwood. Is very fond of Just Following Orders and a bit snarky.

Played by: Cush Jumbo (2009)
An office girl who has a very confusing first day when her job suddenly involves aliens. Goes off to investigate and quickly gets mixed up with Torchwood.
Alice Carter

A perfectly normal middle-aged woman with a perfectly normal young son, Steven. Spent much of her life in the witness protection program. Tries to cope with Jack, her unageing father, as best as she can.

The head of Torchwood 1 in the early 21st century, a reasonably benevolent employer who operates by the motto "if it's alien, it's ours". Eventually, her actions allowed the Cybermen to infiltrate Torchwood, resulting in her own assimilation, though it turned out Yvonne's devotion to Queen and Country were stronger than the Cybermen anticipated. 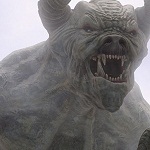 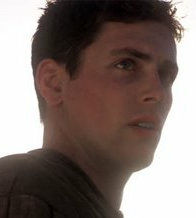 Played by: Lachlan Nieboer; Ethan Brooke (young) (2008)
"I want you to suffer. I want your life. This is Cardiff. 27AD. The city will be built here, over the next 2,000 years. Your grave will be the city's foundations. Your blessing of life becomes a curse. Each time you revive, with a throatful of earth, each time it chokes you afresh, and you thrash on the edge of death, you think of me."

Jack's long lost brother. During their childhood, Jack was separated from him during a savage alien raid on their home, failing to protect Gray by letting go of his hand in fear, resulting in their father's death and Gray being dealt a terrible lot of servitude to those murdering creatures. By the time they reunited, Gray was beyond begrudged at Jack for the hell on earth he went through, and started a crusade to get Jack as close to dead as he could due to his immortality, and take down a few of his friends who would die permanently to spite him. 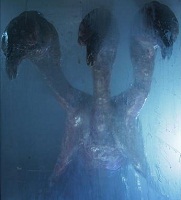 Voiced by: Simon Poland (2009)
"You will die. And tomorrow, your people will deliver the children."
Prime Minister Brian Green 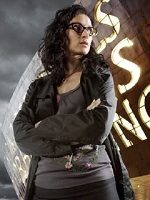 Torchwood's Token Evil Teammate. She was just like the rest of the Torchwood staff at the beginning- a normal, fairly approachable person with a share of her own secrets, and you couldn't tell that she was hurting beneath the congenial work personality. Except Suzie was the most broken of them all. She had a very hateful and cynical personality brewing under the surface, but mounds of guilt more than anything. After she got caught killing people as test subjects for the Resurrection Gauntlet, she tried to murder Jack. When he resurrected, she gave in to despair and capped herself. But she had a "Plan B" in the lurch to come back to life just in case she did bite the bullet. 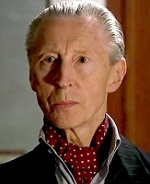 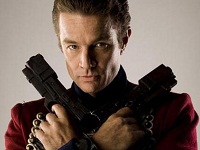 Jack's former boyfriend of five years, also from the 51st century. A member of the Time Police, and — like Jack used to be before meeting the Doctor — a bit of a con man. Has a flair for the dramatic and wears cowboy gear for no discernible reason beyond Rule of Cool. Also shares Jack's love for standing on top of buildings. 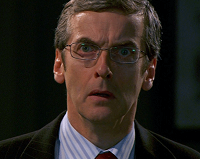 Played by: Peter Capaldi (2009)
"If ever you think of John Frobisher, just remember that it wasn't his fault."
— Bridget Spears

The Committee of Erebus

An alien organisation and one of the oldest enemies of Torchwood. They've colonised various worlds but always have an eye on Earth. 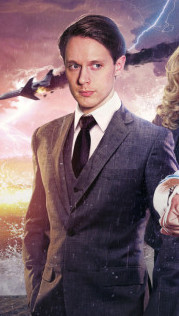 A rogue Torchwood agent from the 1950s. Was reprimanded for using temporal light projection technology so he occasionally turns up in the present day but only as a hologram. Betrayed Torchwood to work as a spy for the Committee. Maybe. 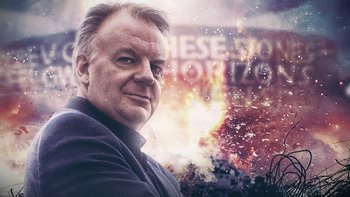 The Terminator in A Cardigan.
Played by: Paul Clayton (2016-Present)

A civil servant who was assigned to assist Gwen and Jack in the rebuilding of Torchwood after the Miracle. 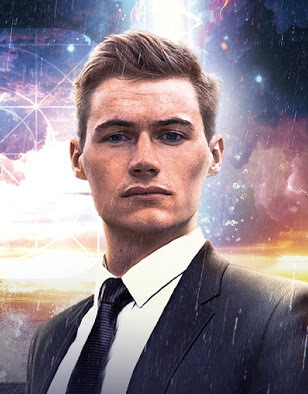 A disgraced former journalist who attempts to join Torchwood. After failing to do so he ends up working at the Mayor's office as an unofficial liaison between the city and the organisation. 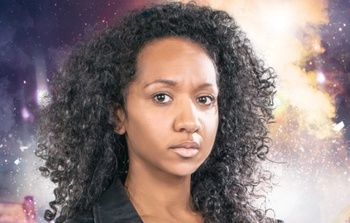 A being that has taken control of Gwen's body and will do anything to keep the fact secret. Is eventually revealed to be a creature known as the Herald who arrives on worlds to make way for the arrival of God. Sickened by seeing so many worlds die she fled through the Rift to Cardiff.

An alien who is described as a sexual psychomorph. After being rescued from indentured prostitution by Torchwood they join the team. 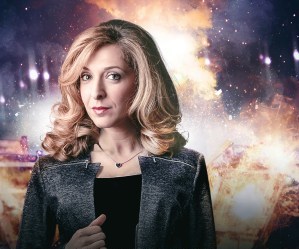 The former head of Torchwood One, who intends to depose Jack Harkness. She's actually an alternate universe Yvonne from Pete's World, giving her a separate folder.

"By The Dawn of Tomorrow, I'll have the whole of Torchwood. The Base. The Team. I'll Even Let You Keep The Coat."