A list of characters in Toaru Hikuushi e no Seiyaku. This page is under construction and Needs Wiki Magic Love. 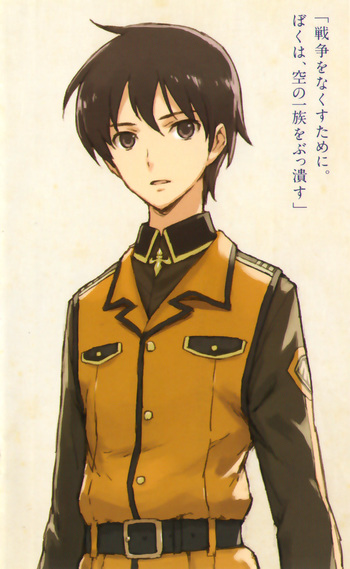 Mesus Island resident and an amateur pilot. After witnessing his family's death in a Sky Clan attack, he is driven with a resolve to join the military, become the Sky King, and crush the Sky Clan for the world to usher in an age of peace. At the beginning of Seiyaku, Kiyoaki is a third-year student at the Kanan Military Academy in Akitsu. His high grades allow him to take up a transfer spot at Eahanto to finish his studies. 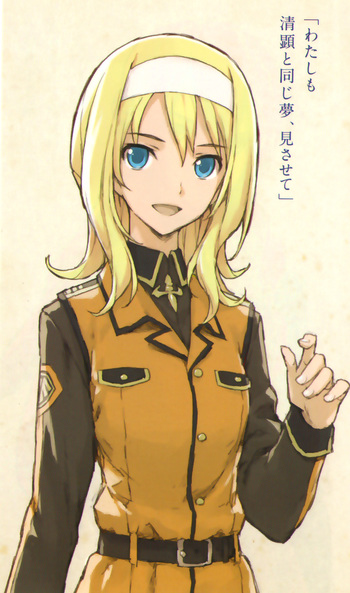 Mesus Island resident and Kiyoaki's Childhood Friend. She has had quite the transient childhood as her adoptive father is a civil servant in Saint Vault's foreign ministry. Mio has known Kiyoaki since they were ten and enters officer school with him after the Sky Clan's attack on Mesus. 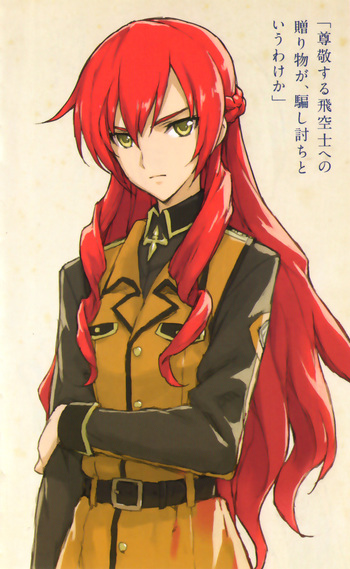 Third-year student at Eahanto and the daughter of Karsten Kleischmidt. Thanks to her upbringing, she is totally devoted to the art of aerial combat and aspires to be a worthy successor to her father. Her cold and blunt personality has made her few friends. She also holds Kiyoaki in contempt, believing that his dad shot down Karsten using dishonorable tactics. 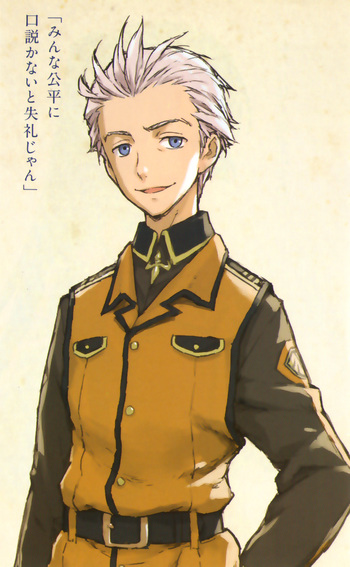 Third-year student at Eahanto. He is described having a carefree personality and being a Handsome Lech. He is actually a teenage spy codenamed "Hummingbird", responsible for collecting intelligence for the Sky Clan's military commanders to plan out surprise attacks on Saint Vault. 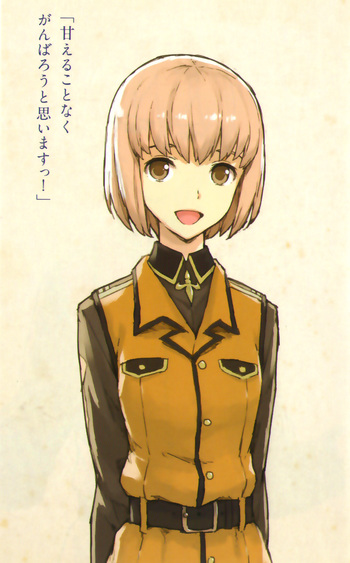 Second-year student at Eahanto. She's the youngest of the Eriador Seven and constantly keeps an optimistic attitude. Her real name is Elizabeth Cecile Sylvania, the heir to the annexed Sylvanian kingdom. 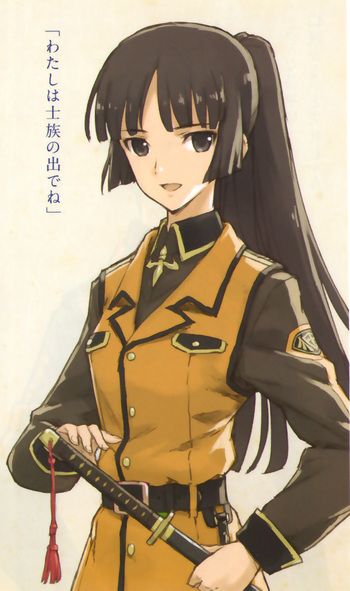 Fourth-year student at Eahanto. Like Kiyoaki and Mio, she hails from Akitsu but has been a transfer student for a longer period of time. In volume 1 she serves as the second-in-command of Eriador. 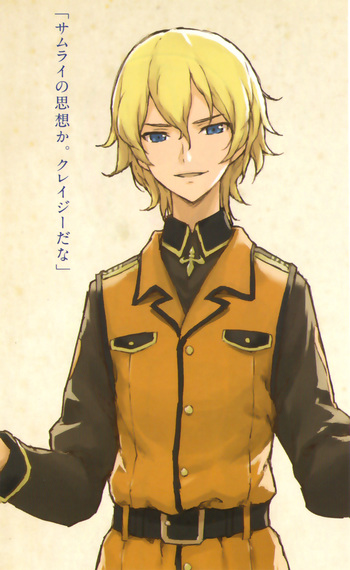 Fourth-year student at Eathanto. An analytical and stoic person, he is the overall commander of Eriador in volume 1, for better or worse. Balthazar aspires to get on the fast-track of officer advancement and land a senior position in the military's general staff. 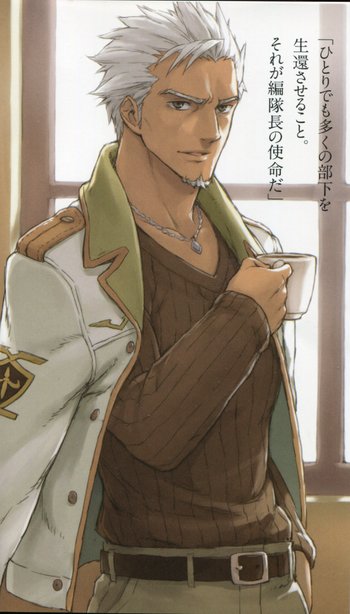 An officer in the Saint Vault Imperial military, and commander of the elite Vortex Squadron. 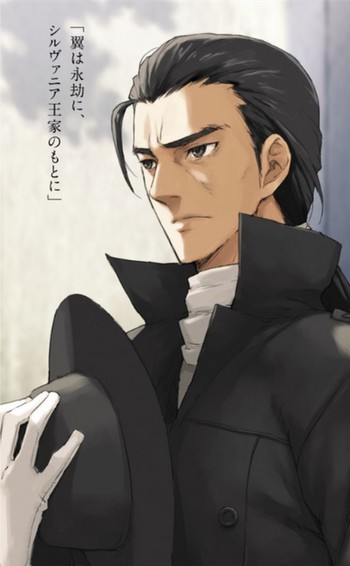 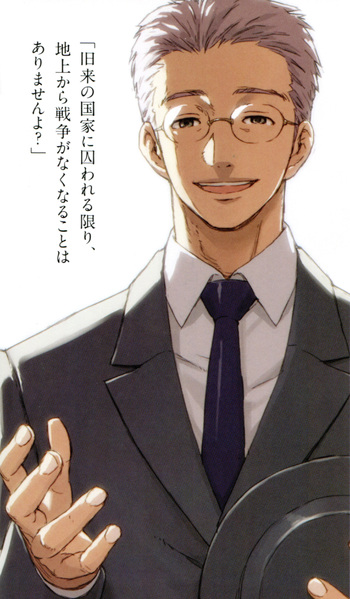 Undersecretary of Uranus' Ministry of Foreign Affairs, and head of Uranus' intelligence service. Serves as chief handler of Mio and Raina. 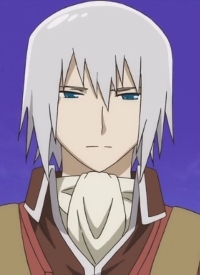 Bodyguard of Claire Cruz/Nina Viento. Was a prominent character in Toaru Hikushi e no Koiuta.

Queen of the Sky Clan. Was a main character in Toaru Hikushi e no Koiuta.