open/close all folders
The Toad Patrol 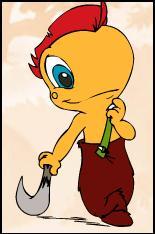 "Hop to it!"
Voiced by Terrence Scammell

The leader of the Toad Patrol and also the oldest. He has a strong sense of leadership and does everything in his power to get all of his siblings safely to Toad Hollow. He sometimes doubts in his abilities, but family and friends are always near to help him realize how important his role is within the group.

"Me? A healer?"
Voiced by Sonja Ball

The second oldest and the unofficial second-in-command. She puts everyone else first and tends to come off as naggy to the younger ones who she only seeks to protect.

"Let's have some fun!"
Voiced by Dawn Ford and Nancy Neilson

She's the third oldest but could hardly be considered the third in command. She is wild, loud and stubborn. And surprisingly, she shares a strikingly similar personality to Fur Foot. 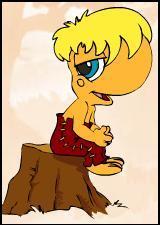 "I made that up!"
Voiced by Dawn Ford and Neil Shee

The fourth oldest of the crew. Occasionally others have wondered if his head is screwed on correctly. He comes off as being airy, naive and having his head in the clouds but surprises the others when he shares words of wisdom. 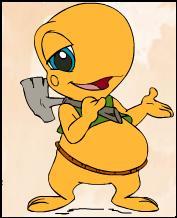 "Up the hill, down the hill. It never ends."
Voiced by Rick Jones

The fifth oldest and third in command (even though he is not fit to be leader due to hating the concept of decision-making). He will easily come off as being pessimistic, sarcastic and easily irritable but it's a rare occasion that Puff Ball will even so much as raise his voice. 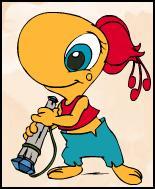 "SJ, get a life, would ya?"
Voiced by Bryn McAuley

Oyster is the second youngest member of the Toad Patrol and the twin sister of Slippery Jack. Despite her age, she will never hesitate to get involved or help others. 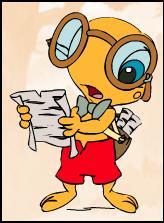 Slippery Jack is the second youngest member of the Toad Patrol and the twin brother of Oyster. Thanks to his great intellect and drawing skills, he is able to steer his brothers and sisters in the right direction when travelling through the Great Forest. 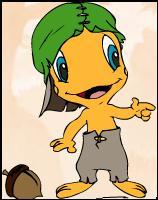 "I hear something... like a whispering in my ear."
Voiced by Sonja Ball

Panther Cap is the youngest of the eight toadlets that form the Toad Patrol. Ironically, he's the most important member of the group since he's the only one who can guide his brothers and sisters to the Fairy Ring. 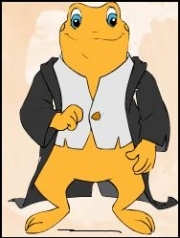 Mistle Toad is an adult toad who lives in the Great Forest. Other than his obsession with the Ancients, not much is actually known about him. 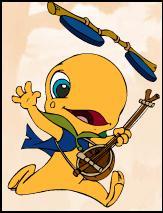 "If they can't go, it wouldn't be right if I did."
Voiced by Michael O'Reilly

Earth Star is a minstrel toadlet born a season before the Toad Patrol. He wanders around the Great Forest just like Mistle Toad, going wherever his feet take him. Because of this, he has many connections spread throughout the forest and never hesitates to call on their help when needed. Earth Star is also the only toadlet to have ever returned to normal after being turned into a Toadstool, although the reasons for this are still unknown.

A mysterious healer toad who lives in seclusion. 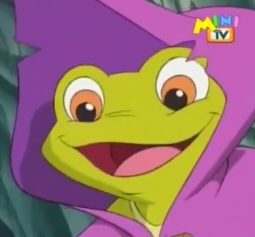 A mute salamander residing in the Castle of the Ancients.

A bombastic frog the toad patrol meets on their journey.

A mole that becomes an honorary member of the toad patrol.