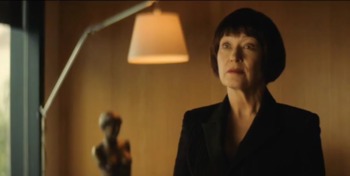 Jillian is an Amazon known to Donna Troy. 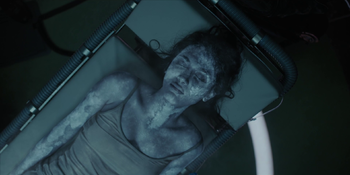 A friend of Niles Caulder, and a practiced chaos magician. 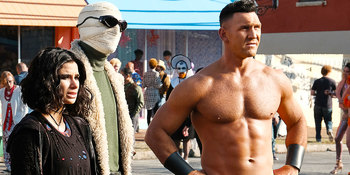 Flex Mentallo is a comic book superhero brought to life, having powers of altering reality by flexing. He is kidnapped by the Bureau of Normalcy, but rescued by the Doom Patrol.

Niles Caulder’s daughter who according to him, has the ability to cleave the world in two if she's not careful with her powers.

One of Dorothy's imaginary friends who takes the form of a giant spider and seems fond of playing pranks on others.
Darling Come Home

One of Dorothy's Imaginary friends who takes the form of a woman with a face out of a mirror, two lightbulbs for eyes and floating lips.
The Candlemaker

One of Dorothy's imaginary friends who seems keen on her making wishes, and she appears to be afraid of him. See Independent Villains of the Doom Patrol for his character sheet.