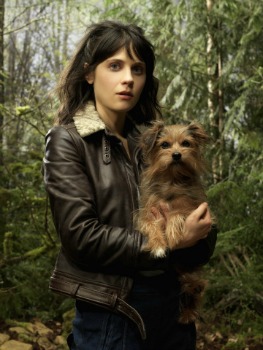 "I'm not leaving until I get my answers."
Advertisement:

DG is an art student and waitress who feels like the world she lives in just isn't the one she belongs to. Her bizarre dreams of a storm and a woman with lavender eyes plague her nightly. When four men attack her home during a tornado, she is separated from her parents when she gets transported to a magical world and slowly regains her memories of her true life and identity.

Glitch had half his brain removed by Azkadelia for knowing too much, and ends up tied up in a cage by the Eastern Guild. DG helps get him out and he accompanies her on her quest to find her parents and to get the rest of his mind back while he, like her, slowly remembers how things used to be.