Note on naming: All names are constructed in the Chinese fashion of: surname (姓) + birth name (名). 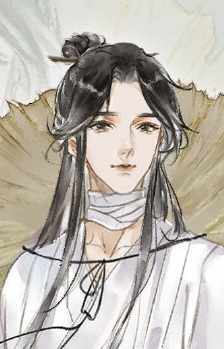 The main protagonist of the novel. He's known as the Flower Crown Martial God, the crown prince of the Xian Le kingdom and is also one of the Four Famous Tales ("His Highness the Pleased God").
Hua Cheng (花城) 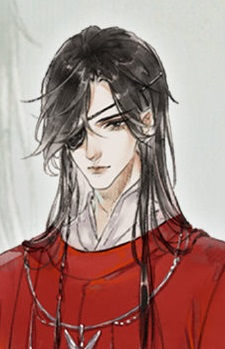 One of the Four Calamities, "Blood Rain Reaching Towards A Flower", and the most feared among the Heavenly Officials.

The Martial God of the Southwest.
Feng Xin (风信)

The Martial God of the Southeast.
Pei Ming (裴茗)

The Martial God of the North, one of the Three Tumors, and one of the Four Famous Tales ("The General Who Broke His Sword"). 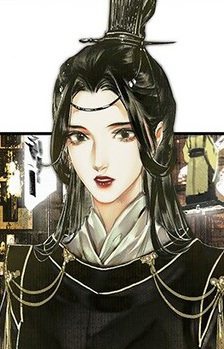 A literature god, and one of the Three Tumors.

The Rain Master, and one of the Four Famous Tales ("The Princess Who Slit Her Throat"). 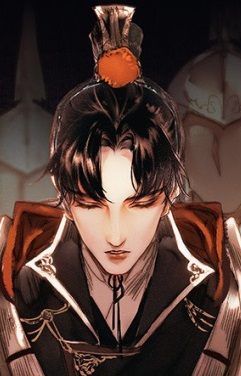 One of the generals under Pei Ming.

Yin Yu (引玉)
The former Martial God of the West. 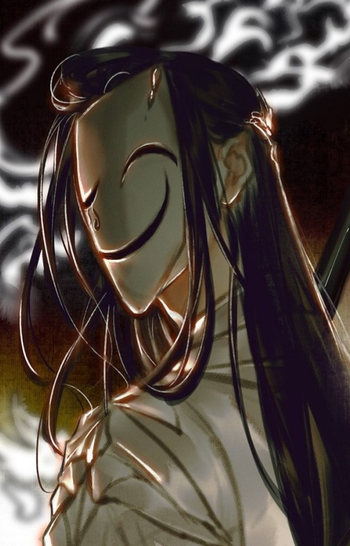 One of the Four Calamities, the "White-Clothed Calamity". Xie Lian is deathly afraid of him, for reasons unknown.

Ban Yue (半月)
Formerly the Head Priestess of Banyue, who opened the city gates to invaders and ensured the kingdom's defeat. After her death, she was trapped in the ruins of Banyue and helped lure travelers to their deaths.
Ke Mo
A former general to the Ban Yue kingdom who did what he could to protect his people. He even took in Ban Yue believing she was doing good, but later comes to hate her after she released the snake scorpions.
Xuan Ji (宣姬) 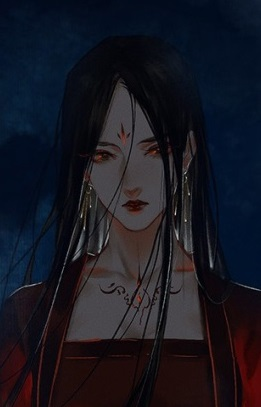 A former female general who fell in love with General Pei who was on the opposing side and gave away all of her army's secrets to aid him. However when he wouldn't return her advances she became mad, crippling herself in hopes that he would marry her then, to killing herself. She's since become a malevolent ghost killing brides who pass by the mountain. 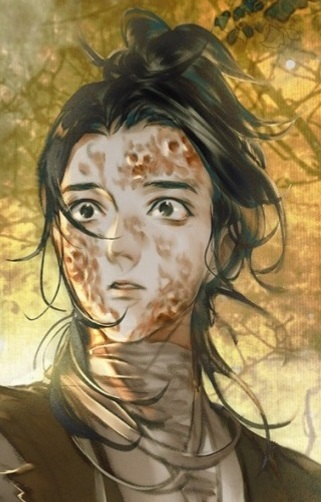 A young boy who lives in the mountains and only comes down to steal food. Little Ying looks after him and even tries to keep the mob from attacking him believing he's the ghost bridegroom.