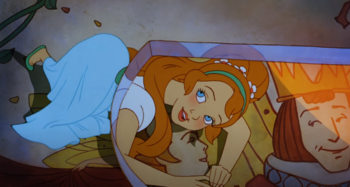 A sweet if increasingly pessimistic young girl who was literally born yesterday out of a flower and lived happily with her mother. Mostly. She grew sad upon realizing she had never seen anyone else her size. She is one night swept off her feet upon meeting Prince Cornelius, a fairy man her own size, who promises to marry her. But a cast of strange animals each hoping to marry her or keep her for their own gain in some way have other ideas. 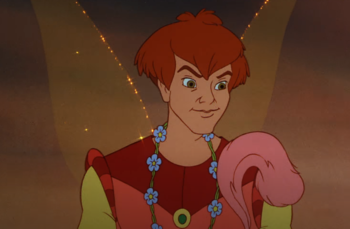 The prince of the fairy court, who meets Thumbelina during a flyby of her house one night. The two end up falling in love, and Cornelius spends most of the movie searching for her after she's kidnapped. 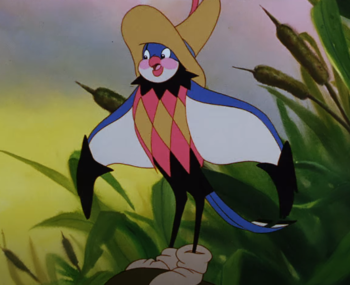 A friendly swallow who comes to the aid of Thumbelina and vows to find the Vale of the Fairies so that she may be reunited with Cornelius.

A wealthy single man who wishes to marry Thumbelina and hates anything warm and bright.

Mrs. Toad's eldest son who is madly in love with Thumbelina, and goes to great lengths to have his way with her. 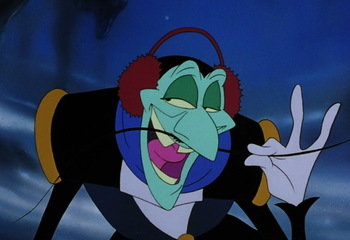 A slimy nightclub owner who wheedles a lost Thumbelina into singing for him.

A mouse lady who takes in Thumbelina just to pressure her into marrying Mr. Mole (who she seems to have a thing for herself) for his money.