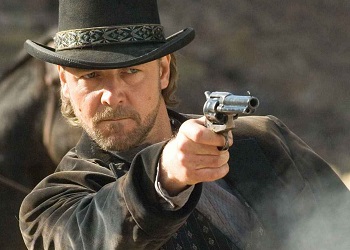 "Kid, I wouldn't last five minutes leading an outfit like that if I wasn't as rotten as hell."
Played By: Russell Crowe
"It's man's nature to take what he wants, Dan. That's how we're born."

The legendary leader of a ruthless gang of outlaws. After his most recent robbery, Wade is captured by chance and must be escorted to the town of Contention so he can be placed on the 3:10 train to Yuma to be hanged. 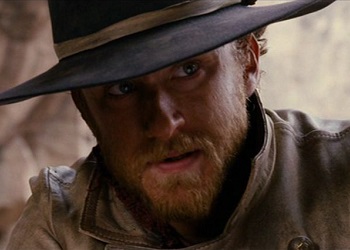 "Name's Charlie Prince. I expect you heard of me."
Played By: Ben Foster

Ben Wade's vicious right-hand man. Deeply loyal to Wade, he leads the remaining gang in pursuit of him after Wade is captured in Bisbee. 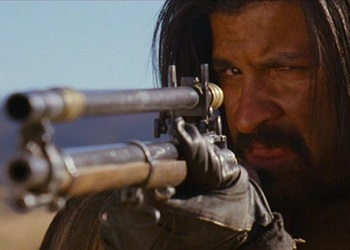 A Mexican sharpshooter and member of Wade's gang.

Other Members of Wade's Gang
Advertisement: 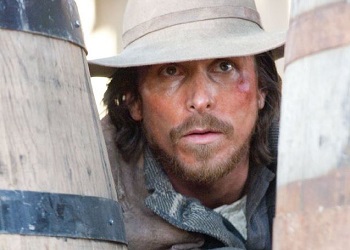 "I've been standin' on one leg for three damn years waitin' for God to do me a favor...and he ain't listenin'."
Played By: Christian Bale

A one-legged Civil War veteran barely managing to support his family on a ranch. Disrespected by his son and in dire financial trouble, he volunteers to help escort Ben Wade to Contention.

Played By: Logan Lerman
"I ain't ever walking in your shoes."

The eldest son of Dan Evans.

Played By: Dallas Roberts
"The Southern Pacific will have Ben Wade convicted in a federal court. Hanged in public. An example made. And we will pay to make it happen."

An agent of the Southern Pacific Railroad, it's at his behest that Ben Wade is to be escorted to Contention. 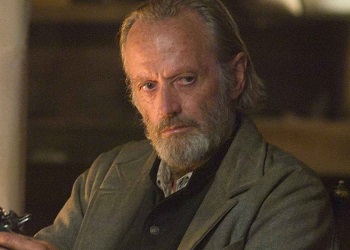 "Won't change a thing, lettin' me live. I'll come for you."
Played By: Peter Fonda

A ruthless pinkerton agent frequently on the hunt for Wade. After his capture, McElroy joins the posse to escort Wade to Contention. 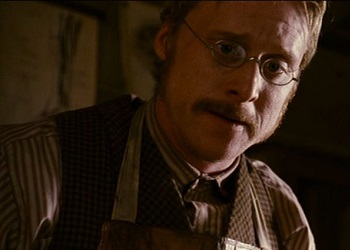 "It's nice to have a conversation with a patient for a change."
Played By: Alan Tudyk

A veterinarian from the town of Bisbee, the nervous but good-hearted Potter is dragged along with Wade's escort to provide medical service to a wounded McElroy.

Played By: Kevin Durand
"You have a week, Evans. Then we burn the house."

Played By: Gretchen Mol
"If it's alright by you Mr Wade, I'd rather we not talk."

The youngest son of Dan Evans.

Played By: Lennie Loftin
"Railroad's coming, Dan. Your land's worth more with you off it."

A successful businessman who owns the farmland where the Evans Family resides.

A barmaid who Ben Wade takes a liking to.

Marshal Weathers
Played by: Luce Rains
The marshal of Bisbee.

A railroad foreman who's had past encounters with Ben Wade.

The second-in-command to Walter Boles.