Main Character Index
Greeks | Persian Empire
The Greek characters of 300 and 300: Rise of an Empire.
open/close all folders 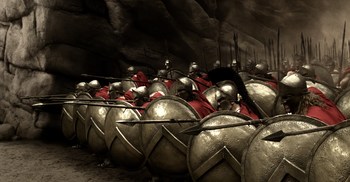 The citizens of Sparta. The city was forbidden to raise an army by the Ephors, so King Leonidas chose 300 of the city's citizen-soldiers to accompany him and provide a "welcome committee" for the Persian armies at the Thermopylae. 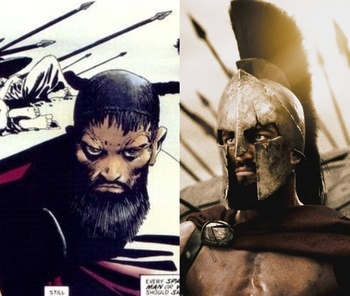 The king of Sparta. 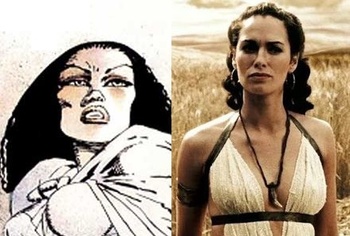 The wife of Leonidas and the queen of Sparta. 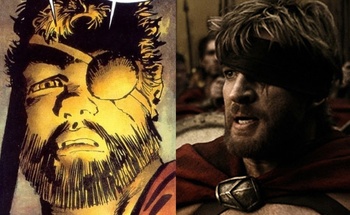 A Spartan soldier who acts as the first film's narrator. 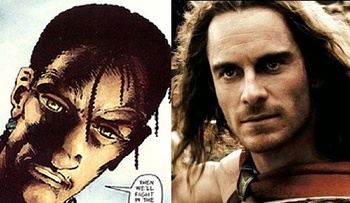 A jokester between the Spartan warriors at the Thermopylae.

The son of Captain Artemis.

The Oracle of Sparta.

Prophets of the Greek Gods.

A corrupt Spartan politician secretly in league with Xerxes.

A severely deformed hunchback from Sparta whose family fled from their home to spare him from infanticide. He follows the 300 when they make their stand at the Hot Gates and offers to join them, but he is unable to fight due to his severe handicap, as such he is turned down. He ends up revealing a secret passage to the entrance that allows the Persians to win the battle. 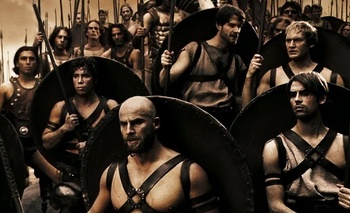 The 300 Spartans don't fight alone at the Thermopylae, they are joined by an army of volunteers from Arcadia (North of Sparta in central Peloponnese). Arcadians didn't train for war all their life and are less experienced and organized in combat than Spartans, but they are nonetheless brave and eager to fight. 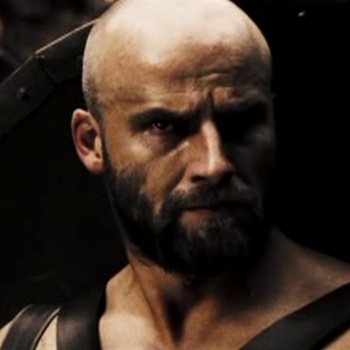 The leader of the Arcadians. 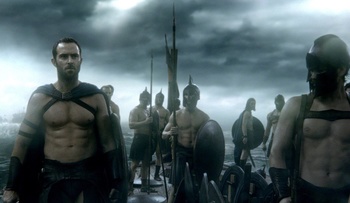 The citizens-soldiers of Athens led by Themistocles. They lost their home city to the land army of the Persian Empire, but they are still determined to stop the Persian fleet. 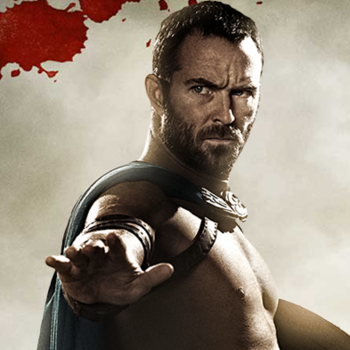 The commander of the Athenian fleet and its strategist.