Characters / Thou Shalt Not Die 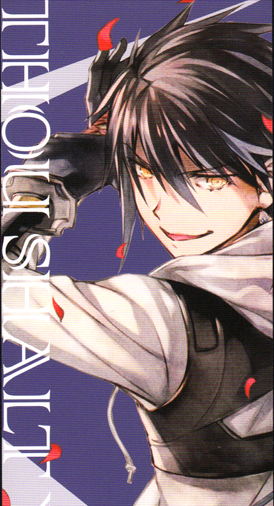 "It'll be alright, Asagi-sensei and I will take care of everything. As long as the girl I like commands me, of course."

A cheerful, talkative first year student of Special Abilities Private High School, and part of the close-range battle course. His power is a very sharp form of Intuition, the ability to discern people's thoughts and intentions through cues like sweat, smell, body language, voice, etc. Additionally, he is an expert at hypnosis and manipulation of the human mind, making Mind Rape part of his arsenal. He is as crazy as he is dangerous, and won't let anyone or anything get between him and Mashiro. 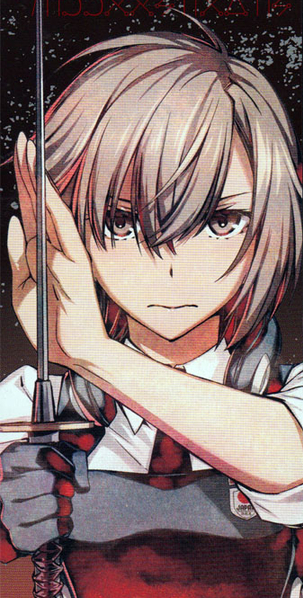 "I do not want anyone else to die! We're all going home, to Japan! Every one of us, do you understand!?"

A first year student from Special Abilities Private High School, Mashiro is a demure young girl with a strong sense of duty, and part of the close-range battle course along with Kuroi. Mashiro's power is basically Super Strength, and it proves quite useful in the battlefield. Her powers and how far can they go makes a plot point of the story, as she slowly starts to uncover what her superiors are really up to, and what it really means to be a Super Soldier. 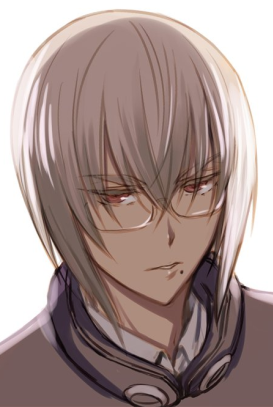 "Huh? Building? Sniper? What are you talking about?"

A second year student of Special Abilities Private High School, and part of the Reconnaissance course. His power is an incredibly enhanced memory, to the point he can store vast and highly accurate amounts of information, allowing him to correctly assess and calculate the different outcomes of a situation. However, as a side effect, his brain ages at a faster rate than normal, and he's already developing dementia and amnesia, he has but a few years left to live.

Usuki's girlfriend, she takes pride in her manicure.

A new student who, with her two friends, knocked out the whole school save for the main trio during orientation class. Her power is to make air bombs with varying degree of power.

"I am the new Principal, Rokusho. There's no need to remember my name. We'll never meet again, anyway."

The new principal of the Special Abilities Private High School. She's merciless in her schemes to get the most out of the students, and has no regard for their well-being or safety, considering all of them disposable at best.