Characters / Those Nights At Rachels

The protagonist of the game; a night guard who recently joined Doug and Rachel's, only to end up in over his head once the animatronics start coming after him.

This game's version of Phone Guy, who (like his FNaF counterpart) gives you tips on how to survive and tidbits about the story.

The manager of Doug and Rachel's. He's gone missing recently, and he doesn't really want to be attached to the place anymore.

The amazing animatronics from Doug and Rachel's. They tend to wander a bit at night. 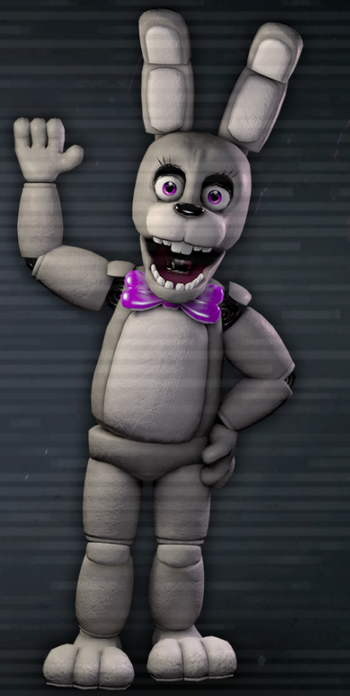 What's up, Doc?
One of the faces of the restaurant, alongside Doug the Dog. 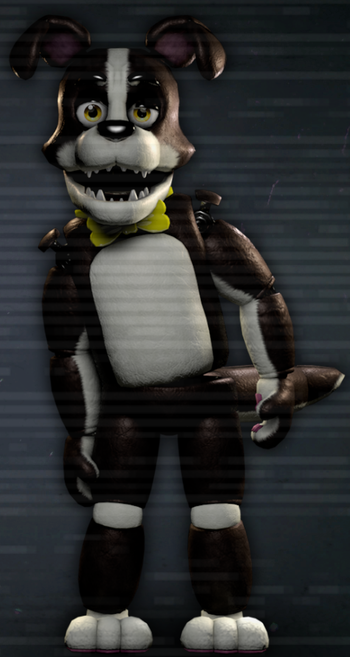 Better hope you got a milkbone on you somewhere.
One of the faces of the restaurant, alongside Rachel the Rabbit.
Pete the Pig

T-t-t-that's all, folks!
One of the musicians in the animatronic band at Doug and Rachel's.
Bane the Bull

I was wondering what would break first; your spirit — or your body!
Another one of the musicians in the animatronic band at Doug and Rachel's.
Ray the Raccoon

I live for the simple things... like how much this is gonna hurt.
A raccoon animatronic that is stationed in a little hut away from the rest of the animatronics. 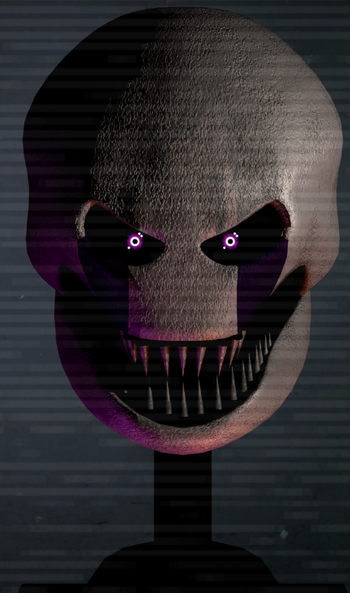 Man is the warmest place to hide.
This abomination is what lurks within the coffin in the back room. It hides behind curtains, and requires constant attention to keep him from jumping you, like the Puppet from Five Nights at Freddy's 2.
Shadow Rachel

A strange entity that resembles a completely black version of Rachel, with bright-white eyes and teeth. She randomly appears in the back room.