open/close all folders
Bertie the Bus 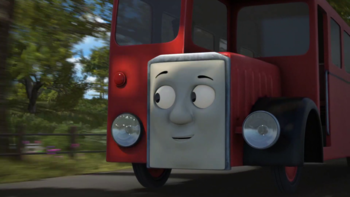 A bus Thomas met on his branch line. The two of them had a famous race from one end of the branch line to the other, in which Thomas won, earning Bertie's respect. 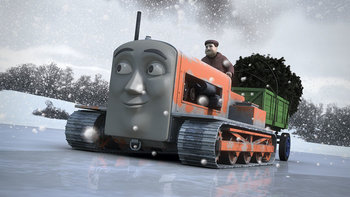 "They're not ugly, they're caterpillars! I can go anywhere, I don't need rails."
Voiced by: Tom Stourton
Built: 1934

A tractor who Thomas meets on his branch line. Thomas finds his caterpillar treads to be unusual, until Terence rescues him from a snowdrift. 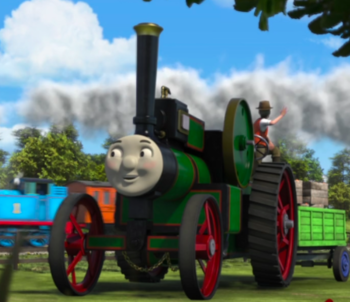 An old, cheerful traction engine. He was found in a scrap yard by Edward, and was since purchased by the Vicar. He now lives on his orchard and gives rides to children. 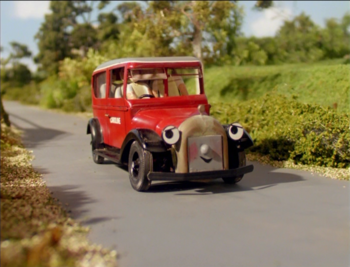 " I shouldn't be treated like this! This pace is too hot for my system; it'll fuse all my circuits!"
Built: 1926

An old-fashioned car owned by a cricketer. She prefers slow and leisurely runs throughout the countryside, as high speeds overheat her engine. 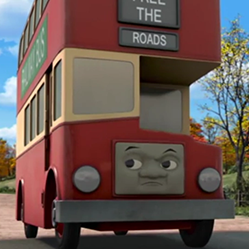 "Bah! enjoyment is all you engines live for. One day railways will be ripped up!"
Voiced by: Colin McFarlane
Built: 1960/61

A double-decker bus who believed railways needed to be ripped up and replaced with roads. Ended up getting wedged under a bridge after stealing Duck's passengers and was left in a field to rot as a henhouse. 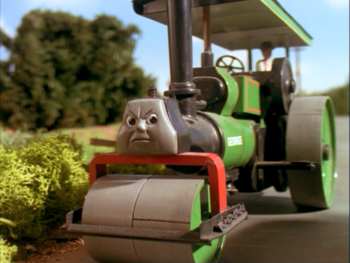 A steam roller who finds great joy in turning rails into roads. 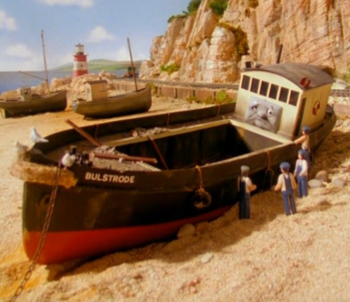 A highly disagreeable barge. He was later converted to a children’s playground. 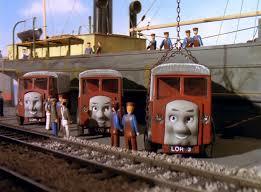 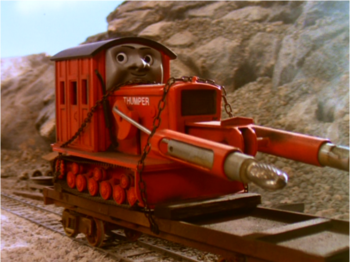 A mining machine bought to work at Boulder Quarry, but disappeared after setting a boulder loose. 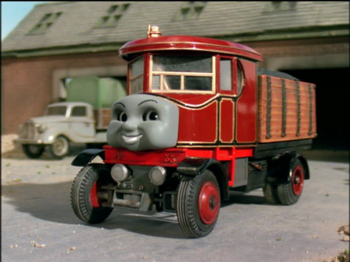 "Oh, it's you. Have you learned to drive properly yet?"

A vintage steam quarry truck, who ended up being abandoned in a shed. She was the Fat Controller's first truck, and upon discovering her, he immediately had her restored. 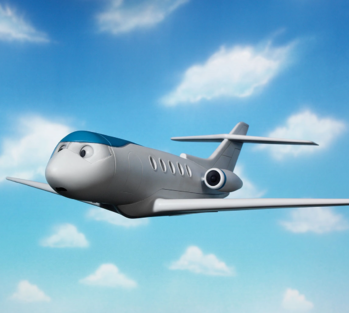 "I can go anywhere I want! Flying is the most fun in the world!"

A jet plane who lives at the Sodor airport. 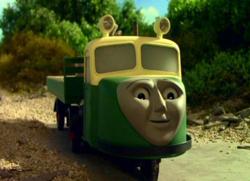 A snub-nosed truck that works in the mountains near the Skarloey Railway. She acts very motherly to the narrow gauge engines, even at the risk of her own well-being. 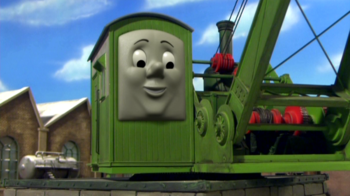 "What a wonderful party!"

A canal-side steam crane who is stationed at the Wharf. He is good friends with Fearless Freddie. 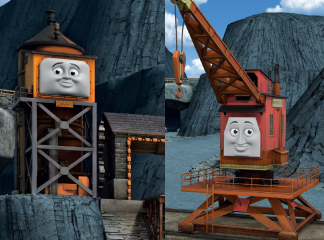 A pair of machines working at the Blue Mountain Quarry. Merrick is a crane with a set of rails, letting him move back and forth. Owen is a steam-powered incline, raising and lowering trucks up and down his platform. They debuted in Blue Mountain Mystery. 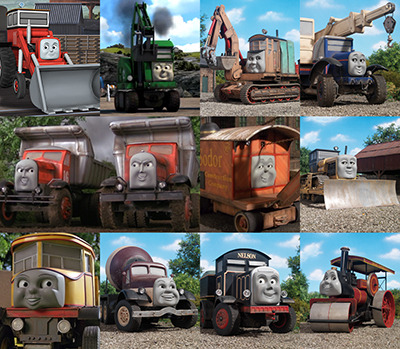 A team of construction vehicles owned by Miss Jenny Packard. They are in charge of construction projects on Sodor. Members include Nelson the ballast tractor, Jack the front loader, Alfie and Oliver the excavators, Max and Monty the dump trucks, Kelly the crane, Byron the bulldozer, Ned the steam shovel, Isobella the steam lorry, Patrick the cement mixer, and Buster the steamroller. Season 23 introduced Brenda the Bulldozer and Darcy the Digger. 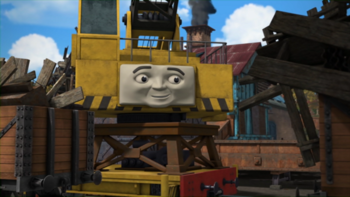 "Reg is the name! I'm the scrapyard crane!"
Voiced by: Tim Whitnall

A rail-based grappling crane that works at the scrap yard. 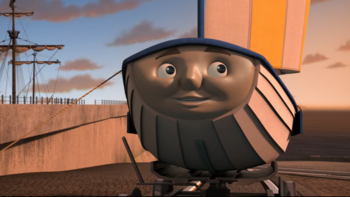 A fun-loving little boat owned by Sailor John. He has a special chassis that allows him to be used on rails. After being fed up with Sailor John's lies and abuse, he sabotages his effort to steal the lost treasure, and now gives railboat tours around Arlesburgh Harbor. 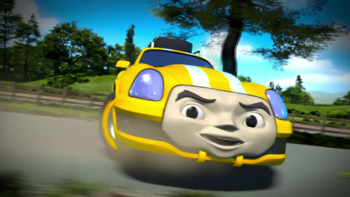 A rally car from Australia who inspires Thomas to travel the world. 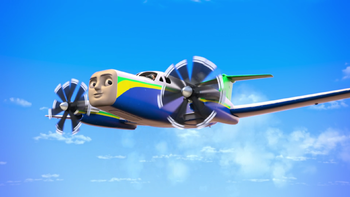 A twin-engined plane from Brazil. 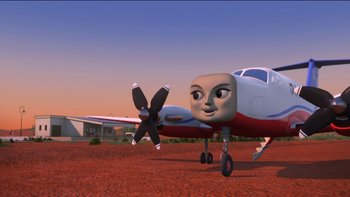 A twin-engine plane from Australia who debuts in Season 22. 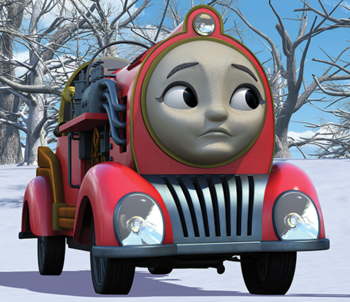 A Road Engine that debuted in Season 24. She was designed and built by Ruth.