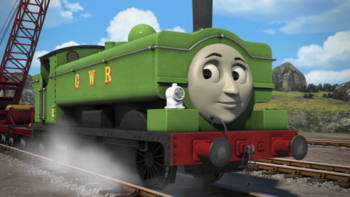 An ex-Great Western Railway tank engine, Duck came to Sodor to help out Percy at the Big Station. He demands order and discipline, and doesn't let bigger engines bully him. He eventually gets a branch line of his own, shared with Oliver.

Donald and Douglas, the Scottish Twins 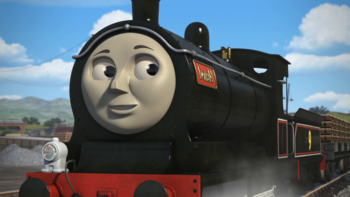 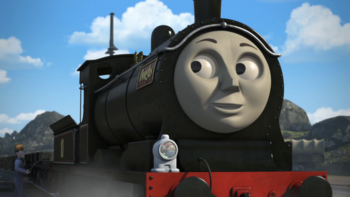 A pair of mixed-good twins, Donald and Douglas came from Scotland when the Fat Controller needed a goods engine. He planned to send one of them away, but after they proved how useful a team they make, he decided to keep both. 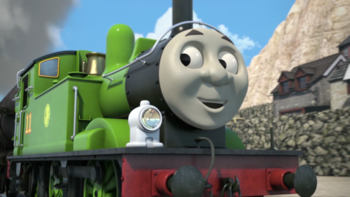 An ex-Great Western Railway tank engine that was supposed to be scrapped, but ran away to Sodor with his brake van, Toad. Thanks to Douglas, he's living a much happier life on Duck's branch line. 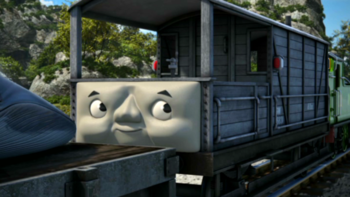 Oliver's trusty brake van who escaped scrap with him. A very gentlemanly brake van (always referring to the engines as Mr. and Miss), he keeps Oliver's trucks in order, but can sometimes have spells of over-imagination.

Three coaches Sir Topham Hatt brought from the other railway. They each have "slip hooks" that allow them to be uncoupled from their train without stopping.

A miniature gauge railway that runs from the end of the Arlesburgh line to hills and quarries which supply ballast for the NWR. Duck, Oliver, Donald and Douglas frequently interact with them. It is based largely on the Ravenglass & Eskdale Railway.