This the list of all characters in 13 Sentinels: Aegis Rim. Warning: this page contains unmarked spoilers from the character prologues.

Voiced by: Hiro Shimono
A 16 year-old boy who attends Sakura High School. He loves movies and watches a movie of some sort every day. He felt a sense of discomfort in his daily life, until one day a giant robot unexpectedly appears.
Iori Fuyusaka

Voiced by: Atsumi Tanezaki
A regular, cheerful high school student who people tend to like. While her grades are average, the balance between the subjects she passes and the subjects she fails is generally pretty intense. Lately she has been having strange dreams and has not been able to sleep. She also has a crush on Sekigahara.
Shu Amiguchi 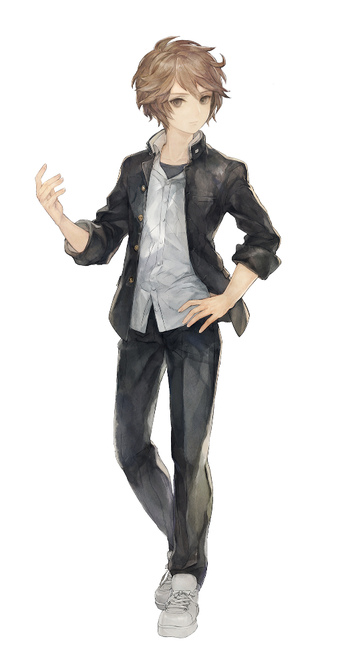 Voiced by: Tatsuhisa Suzuki
A playboy who was born into money and is good at sports. He is somewhat frivolous, though also extremely sociable, so most people around him tends to like him. In truth, he finds modern society to be a boring place. Lately, he has been worried about a dream he often has and the words of a mysterious girl coming from the television.
Megumi Yakushiji

Voiced by: Maaya Uchida
A serious girl who does not often show her emotions, but has strong affection for Kurabe, whose family has taken her in. She is good at cooking, and makes bento lunches and dinner for Kurabe and Miura every day.
Takatoshi Hijiyama

Voiced by: Takayuki Ishii
An honest and manly young man.He once mistook a boy named Okino for a girl due to the fact that he was cross-dressing, and has been teased by Okino for it. Although the situation was not all bad.

Voiced by: Ami Koshimizu
A skilled sukeban girl (delinquent girl) whose name is known even in other schools. She has a strong sense of justice and cares about her friends. She is always up for a fight. Natsuno Minami, her childhood friend, is the only person she can talk to without feeling restrained.
Ei Sekigahara

Voiced by: Daisuke Namikawa
A boy who awakens next to the corpse of an unknown woman, and who is relentlessly being pursued by men in black clothes. A message from his past self reads, “Escape from this world.”
Natsuno Minami 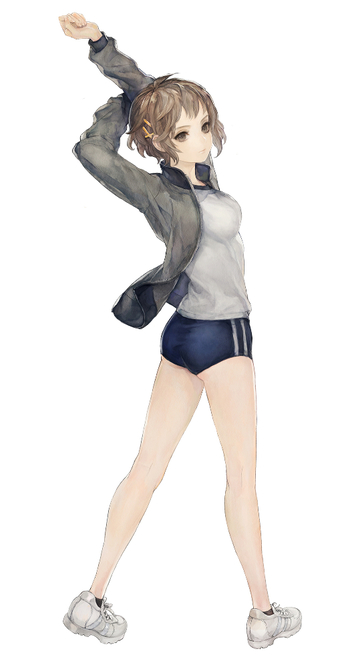 Voiced by: Kaoru Sakura
A energetic and honest member of the track and field team. She is also an occult enthusiast who dreams of genuinely interacting with aliens. She has a family of four, including her parents and younger brother. She is close with her neighbor, old lady Tamao (Juurou Kurabe’s grandmother).
Keitarou Miura

Voiced by: Kaito Ishikawa
A thoughtful and serious young man who cares for his sister. His hat conceals a wound on his forehead. He and Hijiyama are senpai and kouhai in the same town. He has an extremely resilient love for his country.
Tomi Kisaragi 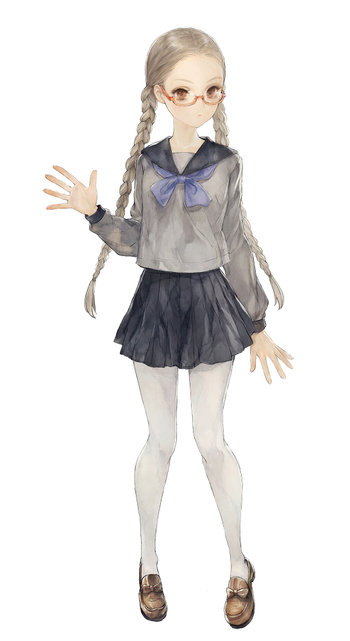 Voiced by: Mao Ichimichi
A girl who can easily come off as unrestrained and sassy, but has a strong mind with a quick wit that is able to overcome adversity. Her nickname is Usami.

Voiced by: Tomokazu Seki
A juvenile delinquent with a compassionate and old-fashioned soul. He became famous among local delinquents during middle school due to his great courage and standing strong in fights.
Ryoko Shinonome 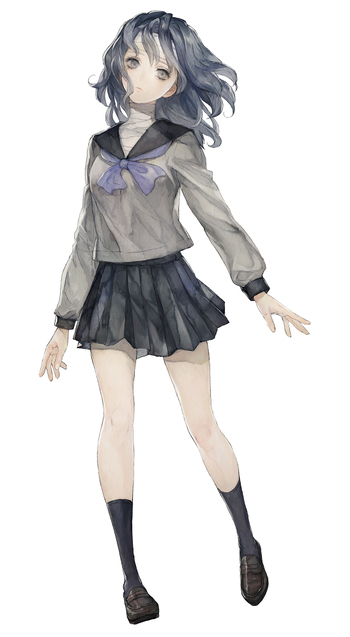 Voiced by: Saori Hayami
Her memory is cloudy following an accident in battle. She has to take medicine regularly, otherwise she will get a severe headache and lose consciousness.
Renya Goto

Voiced by: Jun Fukuyama
A leader-like character with a sharp mind, who calmly leads the Sentinel pilots.

Voiced by: Mutsumi Tamura
A high school prodigy with an extremely high IQ. He is familiar with the Defense Force and has created various technologies, including the Sentinels. He is full of intellectual curiosity, and has a habit of turning a deaf ear to what others say to act on his own accord. In 1944, in order to adapt to the era, he cross-dressed as a girl who called herself Kiriko Douji.
Chihiro Morimura 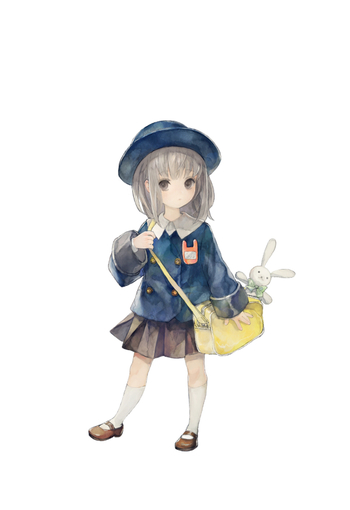 Voiced by: ???
A little girl who can always be found with Renya Gouto. She cherishes her rabbit plushie that she carries in her yellow bag. The kindergarten uniform she wears was prepared by Gouto.

A young girl implanted with someone else’s memories and personality. 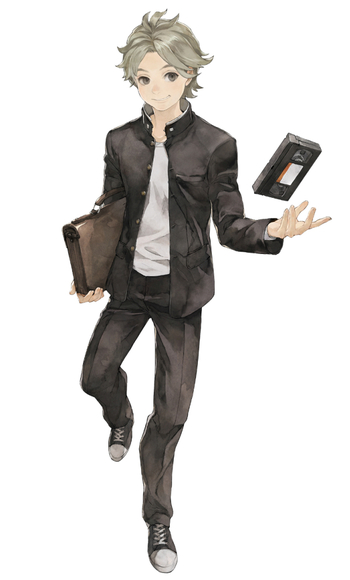 Voiced by: Youji Ueda
Juurou Kurabe’s childhood friend. Together, they would always watch science-fiction and tokusatsu (special effects) movies. He is a simple-minded person who is socible, fun to be around, and is always making jokes. He possesses some sort of mysterious power.

A seemingly ordinary, mischievous high school boy. What is his true identity…? 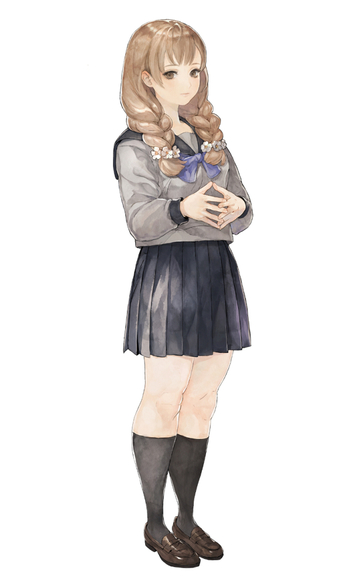 Voiced by: Eriko Matsui
A close friend of Iori Fuyusaka and Tomi Kisaragi. The three of them often hang out as a trio and eat sweets together on their way home from school. She has a reserved and kind personality. She is self-conscious about her plump figure.

A girl who loves food, love stories, and charms!

Voiced by: Hisako Tojo
A student from class 1-D. A mysterious girl with a unique way of seeing things. She loves detective novels, fantasizing Takamiya as Holmes and herself as Watson, and enjoys investigating the case when Minami dissapears.

A pure-hearted detective girl with a scent of secrecy 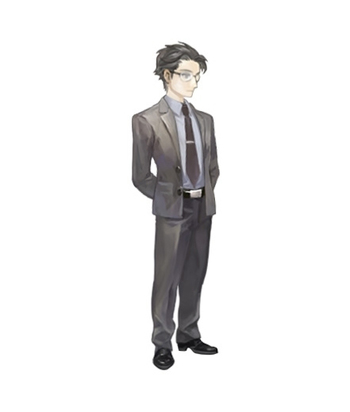 Voiced by: ???
A part-time instructor at Sakura High School. He teaches Ryouko Shinonome’s class. He is actually secretly the chairman for the Special Intelligence Agency, a government spy orginication. He draws out Shinonome to the battlefield.
Morimura-Sensei 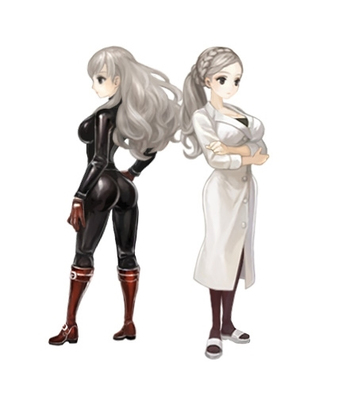 Voiced by: ???
The school nurse for Sakura High School. She is also the class teacher for class 1-B, which inculdes Juurou Kurabe and Iori Fuyusaka.
Shippo 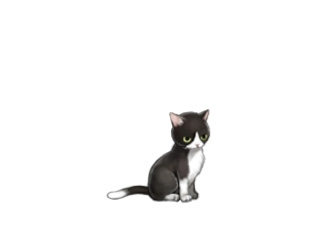 Voiced by: ???
A talking cat that appears before Megumi Yakushiji. He promises to grant Yakushiji’s wish to save Juurou, and sends her on a dangerous mission in return.
BJ 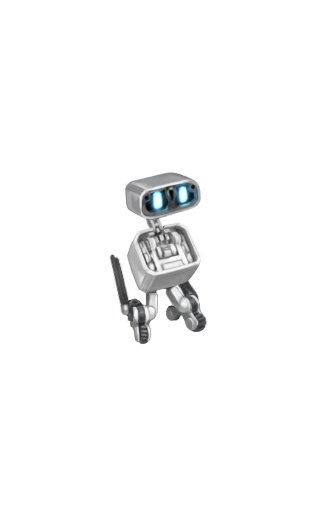 Voiced by: ???
A mysterious robot Natsuno Minami encouners. It is about 60 centimeters in height. He wants Minami to help him find his memory cells.
Takemi Wajima 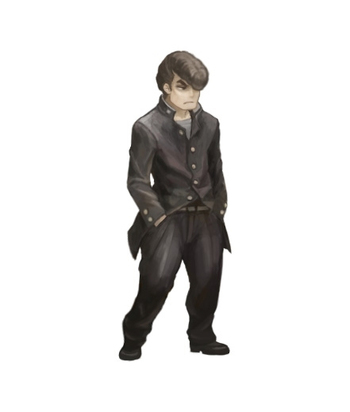 Voiced by: Okaatsu Imaru
A deliquent from 1985. A gang leader at Nigakuri Tech High School. He is nicknamed “Nigakuri Take.” He has a mean face and uses foul language. He acts as if he is strong in fights, but often times get himself defeated.
Heizou Onishi 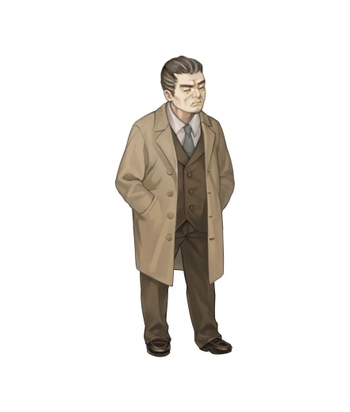 Voiced by: Motoi Koyanagi
A police officer from the juvenile crimes section of Kamazumi Ward police department. He strictly cracks down on juvenile crimes and violence, but has a kind heart and many of the kids who encountered him call him “Oni-hei” out of respect and friendliness. He and Wajima know each other.

In General
The kaijuu are a species of huge mechanical monsters that the enemy forces in invaded Earth and attacking the city. They are the primary antagonists and enemies of the game, and come several different types.
Workers

Eight meters tall and rather small for kaijuu, they still poses a huge threat to humans. They come in large numbers and barge through buildings like solider ants.
Jimoras 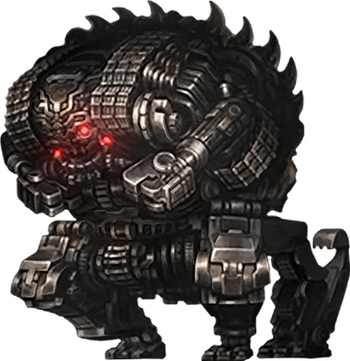 A 35 meter-tall high kaijuu with huge weight and power. They have thick layer of armor that missiles and machine cannons barely do any damage against. They are also kaijuu that specializes in melee combat.
Twin Tails 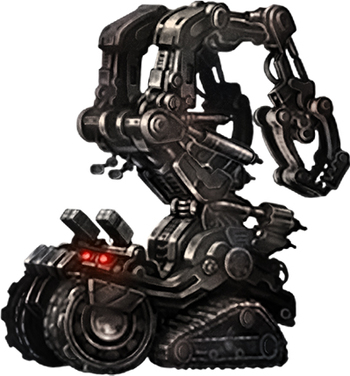 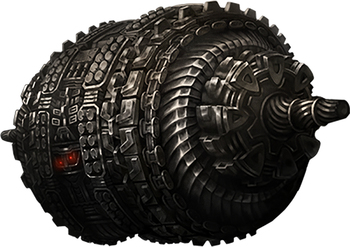 Kaijuu filled with hexogen, which detonates themselves when they come close to their target for an explosive attack.
Apsos 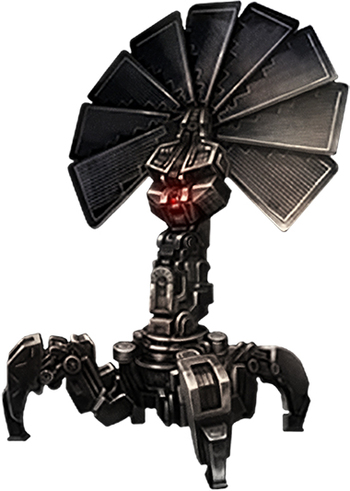 Kaijuu that protects other kaijuu by shielding them. When a kaijuu is covered with its shield, they will not take any damage. Prioritizing these kaijuu before they emits their shield will be key to combat
Hunters 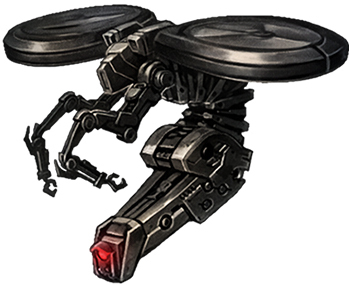 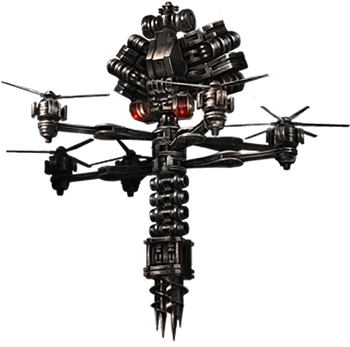 30-meter flying/digging kaijuu. They attacks from the air using machine guns and missiles. They also has a high defense.
Tera Carriers 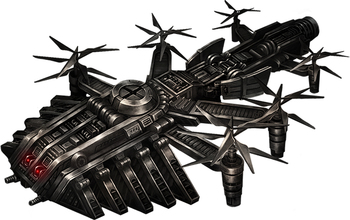 Giant airborne carrier-type kaijuu that attacks by releasing waves of Hunters. They have a thick layer of armor and are also capable of attackig with machine guns.
Mobile Facs 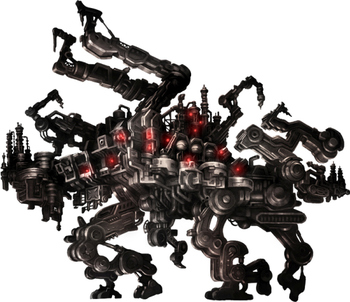 Mobile factory-type kaijuu that absorbs surrounding materials to create kaijuu inside itself. They continue to create small or medium-sized kaijuu as long as they are alive, so it is wise to destroy them before they bombards you.
High Quads 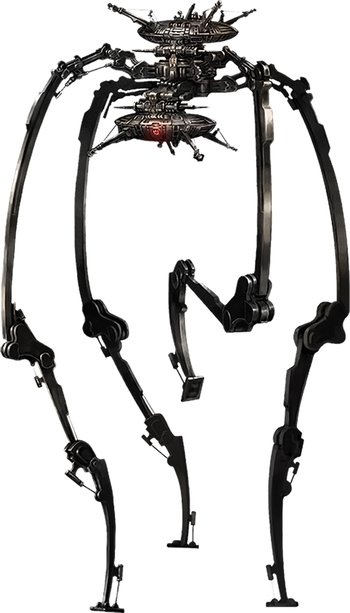 Heavy machine-type kaijuu that is over 100 meters tall. They has many weapons and thick armor. The plasma cannon fired from the upper middle part of their bodies is extremely strong, and even melts the armor of the Sentinels.