The primary cast of The World God Only Knows is actually surprisingly small and only encompasses four commonly-recurring characters. Two are humans and two are devils, though one of the humans is a little more. 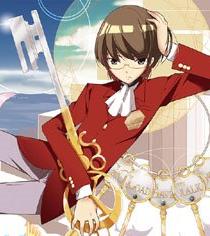 Keima is a 17-year-old student known throughout the internet as "The Capturing God"note "God of Conquest" in the English Dub for his unrivaled mastery of Galge. He vehemently claims to have no interest in reality or 3-D girls, instead preferring the company of his video game characters. Therefore, while a legend in the gaming world, in real life he's an anti-social otaku whom most students avoid. Despite his lack of real world social skills, he demonstrates immense confidence and remarkable intelligence, and is in fact at the top of his class in every subject except PE.

His life is changed completely one day when he unwittingly accepts a contract from hell that pairs him up with Elsea to capture evil spirits that are possessing girls in the real world. Using his vast knowledge and experience gained from playing hundreds of dating sims, Keima must win the hearts of young women in spite of his disinterest in reality.

At the start of the series, he's isolated, rude, thoughtless and inclined towards abusiveness. However, as time goes on, he goes through some remarkably steady development and shows a surprising amount of concern for the girls he captures. 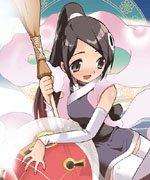 Also known as Elsie, Elsea is a low-level demon assigned as Keima's partner. Having served as a minor cleaning demon for most of her life, she's very inexperienced and lacking in confidence. She has a childish personality, is fantastic at cleaning and fixes food fit only for devils. She masquerades as Keima's little sister, but occasionally shows signs of having a crush on him. She literally idolizes Keima, often referring to him as "Kami-sama." She later becomes the left-handed bassist for Chihiro's band, the 2-B Pencils.

Over the course of the series, she has more or less graduated to being his real little sister. Apart from this, throughout the series she normally acts as a sort of plot device by using her robe. 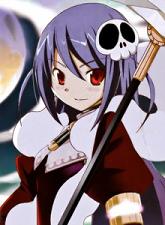 Haqua is a friend and former classmate of Elsea's and graduated at the top of their class, receiving the prestigious Scythe of Testament in recognition of her efforts. Having always excelled at everything she did, Haqua was quickly promoted to the position of District Chief of Area 32 in charge of capturing Runaway Spirits, but since her promotion she has had a terrible record. With the help of Elsea and Keima, Haqua wins back her confidence and in turn begins developing feelings towards Keima. Her human partner is Yukie.

Following this, apart from being used for Tsundere antics, Keima seems to view her as both a more reliable source of information and occasionally a more competent partner to work with. Haqua later becomes Keima's temporary partner during the Goddess arc due to Elsea being pushed aside at the time. 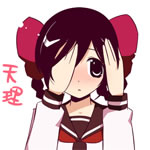 Keima's childhood friend who has just recently moved back into town. She has a huge crush on Keima, but because she lacks passion she's content to simply watch him rather than continue pursuing him.

She later plays a role in the third memory fragment of the Heart of Jupiter arc where Keima pushes her into the spotlight to duel Kaori Yuuzaki as the number one female of Maijima East Elementary.