Characters / The Witcher
aka: Sword Of Destiny 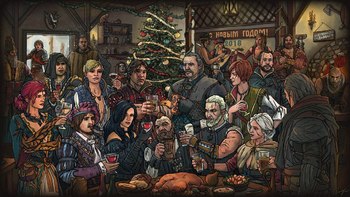 A note on canon: the original Witcherverse is composed of Andrzej Sapkowski's novels. The video games created by CD Projekt RED broadly reference the events of the books but don't maintain direct continuity with them. At the time of writing the character tropes have yet to be divided between the books and the games. Keep in mind that the character traits listed here might come from one or the other source without being specifically marked as such.

The Netflix series, an adaptation of the novels, has its own character sheet.