Characters / The Wheel Of Time The Black Tower

Main Character Index | Ta'veren | Others from the Two Rivers | Royal Line of Andor | The White Tower | The Black Tower | Independent Characters | The Aiel | The Whitecloaks | Seanchan | The Heroes of the Horn | The Shadow & Darkfriends
"The Black Tower protects. Always."

A relatively recent organization of male channelers known as Asha'man co-led by Mazrim Taim, Logain Ablar, and Rand al'Thor. Serves as the Spear Counterpart to the White Tower, and uses the polar opposite philosophies. Due to the rather unpleasant reputation of male channelers, this idea is met with less than great praise, but they serve to fight much more readily and with fewer constraints than the Aes Sedai.

Mazrim Taim, M'Hael of the Asha'man 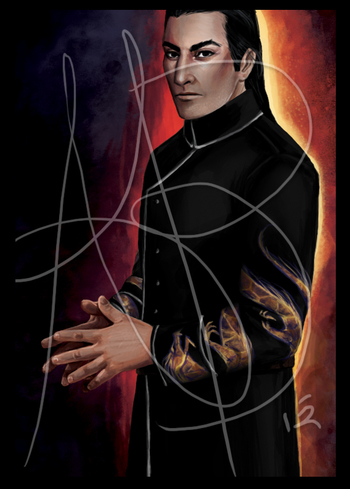 A "False Dragon", Taim once declared himself the Dragon Reborn as a publicity stunt. Obviously, he's not, but that didn't stop the chaos. Unlike most False Dragons, Taim can actually channel (and very strongly too), and escaped soon after he was captured by Aes Sedai (which is more than can be said for Logain Ablar). He unexpectedly shows up in Book 6 (though he had been The Ghost since Book 2) and is placed in command of Rand's personal Wizarding School, "The Black Tower," where male channelers train to become Asha'man and fight in The Last Battle. Rand trusts him to do this, which is unfortunate, because Taim quite obviously has his own agenda. He's actually a Darkfriend recruited by Demandred and sent to undermine Rand's efforts at organizing male channelers; he ended up bringing enough new Dreadlords to the Last Battle that it got him a promotion to the Forsaken under the name M'Hael. 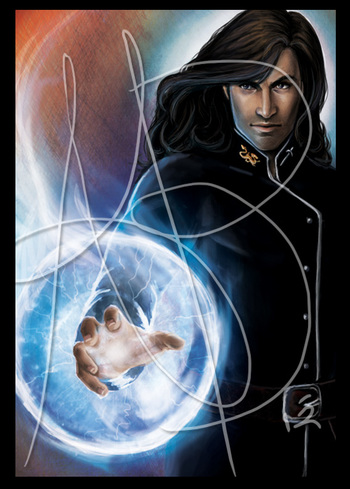 False Dragon at the same time as Mazrim Taim, he appears early on in the series, when Rand sees him being paraded through Caemlyn. Also an extremely powerful channeler, second only to Taim and Rand himself. He later reappears every now and then, as a supremely depressed individual focused only on revenge against the Red Ajah. Then he got his mojo back and leads one of the two factions of the Black Tower.

A Dedicated who works with Perrin, Grady is one of the most prominent lower Asha'man in the series.

A Soldier that works with Perrin and previously served as one of Rand's bodyguards.

An elderly Asha'man that travels with Rand's party, and one of the first to reach the rank of Asha'man. 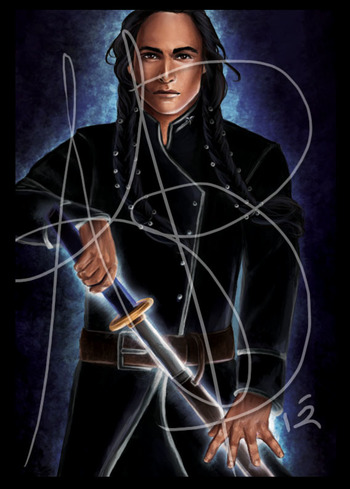 A young Arafellin man recruited by Mazrim Taim to join the Black Tower, and becomes a personal bodyguard of Rand.

A Dedicated loyal to Logain at the Black Tower. Despite being incredibly weak in the Power, he has a Talent with Gateways. He reluctantly adopts a leadership position over some of the men loyal to Logain while Logain was away from the Tower.