Characters / The Wheel Of Time Taveren

The last three Ta'veren of the Third Age in which the The Wheel of Time books take place. 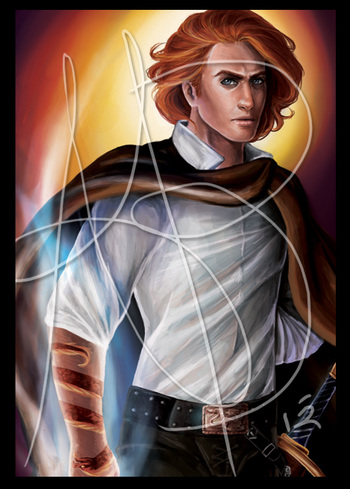 A farm boy from a village so remote that they didn't even know they were technically part of a kingdom, Rand had no idea he was adopted until one fateful Winternight when Trollocs attacked his home town. Thereafter he was told by the story's The Mentor that The Dark One was trying to find him (or perhaps one of his two friends, Mat Cauthon and Perrin Aybara), and was convinced to flee. This was just the first step in Rand's journey into discovering that he is a male channeler, The Dragon Reborn, and fated by the Wheel of Time to lead the fight against Shai'tan... 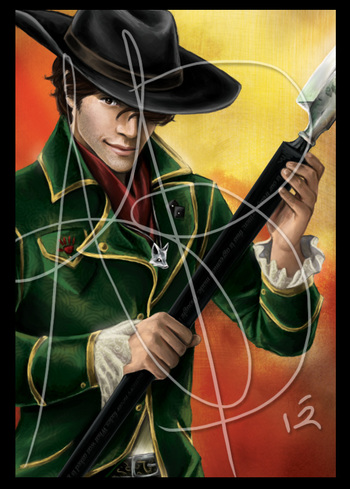 "Suddenly she saw [Mat] in a new light. A buffoon? No. A lion stuffed into a horse-stall might look like a peculiar joke, but a lion on the high plains was something very different. He was loose on the high plains, now. She felt a chill. What sort of a man had she entangled herself with?"

A troublemaker with a penchant for jokes, women, wine and gambling, Mat was stolen away on Winternight at the same time Rand was. Figuring he was just being swept along on an adventure, Mat had no idea that he too was a ta'veren, almost as important to the Light as Rand is. While he can't channel, Mat has developed an impressive array of badass powers and has become a Four-Star Badass. He also has more funny moments to his name than the whole rest of the cast combined. 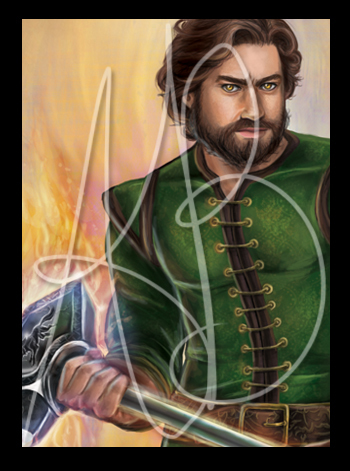 "If he was the leader, it was time to start leading."

An apprentice blacksmith and son of farmers, careful with his strength, Perrin is the quiet one. He thinks, he's careful, he's spare with words. He is also, like his childhood friends Rand and Mat, a ta'veren, and uniquely talented in his own right. He is the closest to the Farm Boy archetype of the Power Trio, being close with his parents and mustering most of his followers and resources from their hometown of The Two Rivers.