Characters / The Wheel Of Time Others From The Two Rivers 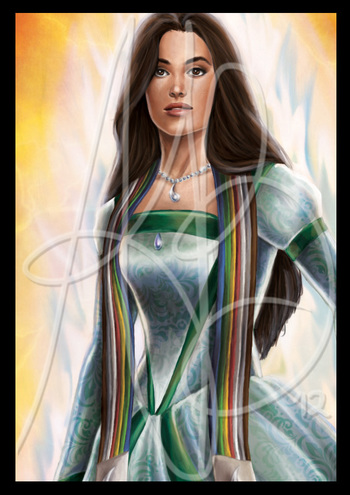 "You know of whom I speak. She is young and her circumstances are unusual, but everything is unusual at the moment."
"She's too young."
"She is young, yes, but you have to admit, there's a certain...flair to her."

A girl who grew up in Emond's Field with Rand, to whom she has a Childhood Marriage Promise. Being a Plucky Girl, she insists on going on the adventure with Rand, and eventually finds out that she can channel. She then spends exactly half a book at Wizarding School before getting Idiot Ball'd into various adventures and misadventures. Fortunately, this was the source of much Character Development, and as with many (seemingly) secondary characters, she has become a leading character in her own right as the books progress. 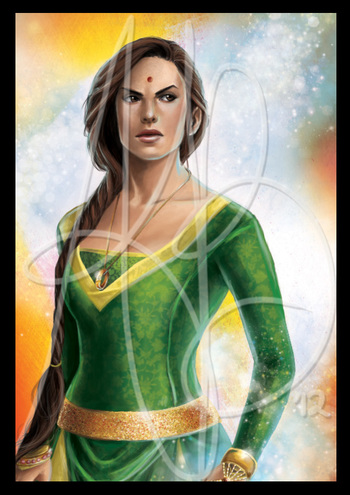 "Men always seemed to think violence could solve anything. If she had had a stout stick, she would have thumped all three of them about the shoulders until they saw reason."

A Tsundere of the highest caliber, Nynaeve was formerly the "Wisdom" (read: herb granny) of Emond's Field, despite being all of 24 when the books started. After Moiraine "kidnaps" Rand, Mat, Perrin and Egwene (Nynaeve's apprentice), Nynaeve rushes off to bring the kids back. Instead she gets roped into the adventure, especially after Moiraine notices that Nynaeve too can channel. Though she is the only Two Rivers character to not rise to a prominent position of leadership, she's kept around for her muscle: she is, for all intents and purposes, the strongest female channeler of this Age. 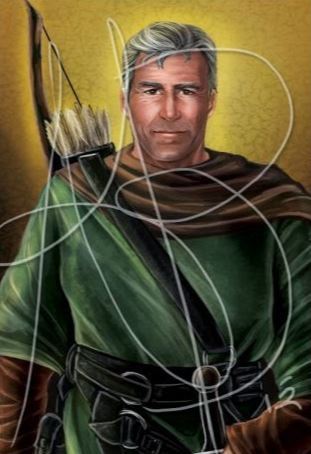 "Child, blue with the cold. Should have been dead too... crying there. Crying in the snow. I couldn't just leave a child... no children of our own... always knew you wanted children. I knew you'd take it to your heart, Kari. Yes, lass. Rand is a good name. A good name."

Rand's adoptive father, Tamlin al'Thor remains in the Two Rivers after his son and his friends leave, hearing tales of adventure. However, his heron-marked blade and a fever dream tell there's more than meets the eye...

"You were right about Bela, Rand. She has a good heart, and as much stubbornness as the rest of you Two Rivers Folk. Strange as it seems, she may be the least weary of all."

Rand's horse at the beginning of the series, she gets passed around to different characters and has ended up seeing quite a bit of the world. She has become something of a literal Ensemble Dark Horse.