A family whom The Governor encountered in the time between the Season 3 finale up to the first half of Season 4. 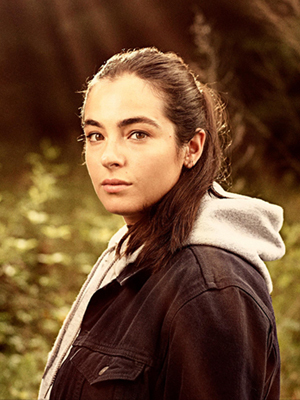 "I know it sucks and it's scary, but it's time to be brave."

"We're friends. We have each other's backs. That's it. That's how it works."

Tara was attending the Atlanta Police Academy before the Zombie Apocalypse began, but was picked up by her father and sister before Atlanta fell to the walkers. After meeting the Governor and losing her family to his actions, Tara assisted Glenn in his quest to reunite with Maggie to atone for her role in the assault on the prison. After the survivors of the prison are reunited and liberated from Terminus, she remains with the group and develops close friendships with Glenn, Maggie, Rosita, and Eugene.

After the group reaches the Alexandria Safe-Zone, she is assigned a job as a supply runner for the community. During a disastrous run, Tara suffered a head wound and was knocked unconscious. She was brought back to Alexandria by Eugene and remained comatose for several days before waking up. She finds love with the town's new doctor Denise, but left for a lengthy supply run with Heath towards the end of Season 6, unaware that Denise had been murdered by the Saviors in her absence. Tara encountered the Oceanside Community, a group of women who survived a Savior genocide, and narrowly escaped thanks to Cyndie's kindly aid. Tara ended up having to renege on her promise of keeping Oceanside's location a secret, however, and led Alexandria back to raid its' firearms when war with the Saviors loomed. Though Tara was initially lambasted by Oceanside for her betrayal, they were able to work out a peace partially thanks to Tara's willingness to die for the cause.

Tara’s desire for revenge on Dwight for killing Denise caused complications during the Savior War, taking part in Daryl’s rogue strike on the Sanctuary and nearly exposing the Alexandrian refugees during their exodus to Hilltop. After realizing Dwight was truly loyal to them, she relents. After the Savior War and Rick’s apparent death, Tara moves to Hilltop after becoming estranged from Michonne. Following Maggie’s departure from Hilltop, she more or less runs the community due to Jesus, the appointed leader, being unwilling to take charge. When Jesus is killed by the Whisperers, Tara is appointed leader of Hilltop as they prepare for conflict with their new enemy. Tara’s reign as leader doesn’t last long, nor does she get to lead her people into war, however; Alpha selects her as one of her victims in the pike massacre, likely as revenge for having previously capturing Lydia. 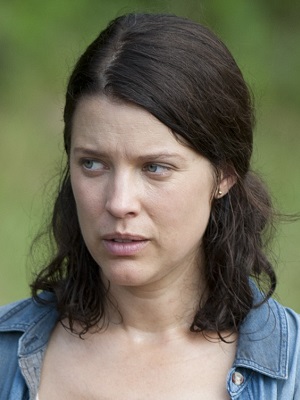 Lilly is an oncology nurse living with her daughter Megan, sister Tara, and father David in his apartment in rural Georgia. They take in the Governor after the fall of Woodbury, having no clue about his dark past, and Lilly begins a relationship with him.

Meghan is Lilly's daughter. She rarely speaks due to her father abandoning her several years before the series and the Zombie Apocalypse. 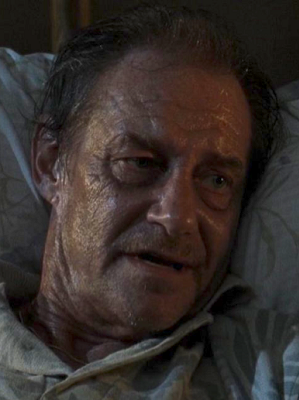 David is Lilly and Tara's dad. He is in the late stages of lung cancer when the Governor begins staying with his family.