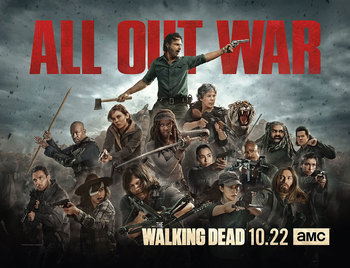 "Hold fast to one another
We will stand stranger to brother
We are one
We carry on..."

The main protagonists of the series. Thanks to the Anyone Can Die nature of the series, the group's lineup changes considerably from season to season. While its' lineup may be constantly changing, one thing isn't - the drive that pushes the group to go on and keep surviving.

For individual character tropes, visit their pages through the main index.