"You got a damn mouth on you, you know that? What else you got?"
—Sergeant Abraham Ford, introducing himself to Tara Chambler 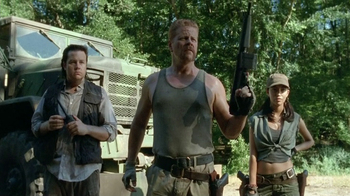 A trio of survivors on a mission to save the world. They first encounter Tara and Glenn after the fall of the prison and later integrate themselves into Rick's group.

open/close all folders
In General
Abraham 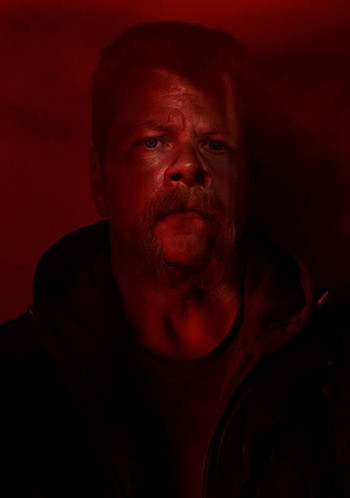 "I think I'm that much ready to tear the world a brand new asshole."

Sgt. Abraham Ford's always game for a brawl, and his brutality may be useful against walkers and hostile survivors, but it scared away his family and ultimately he was unable to make amends with them before they were killed and eaten by walkers. Moments away from suicide, Abraham was inadvertently saved when Eugene Porter arrived and asked for his aid, as he claimed to be a scientist who could cure the walker plague. Now with a new reason to live, Abraham and later his new girlfriend Rosita began leading a cross-country quest to protect Eugene and escort him safely to Washington to save the world.

To Abraham's dismay, his journey is constantly hampered by countless setbacks and diversions, but none so life-changing as when he met Glenn Rhee, who was searching for his wife Maggie after the fall of their community. Abraham reluctantly agreed to help Glenn find Maggie, and when the deed was done, decided to join in the final push to the supposed sanctuary of Terminus. However, Abraham and the rest were captured by the cannibals that dwelled there, and it was only with the help of Rick Grimes and Carol Peletier that everyone escaped unscathed. Abraham subsequently convinced the large, powerful group to join him on the trek to Washington, just in time for the Hunters to attack. Abraham helped defeat the Hunters, gaining a powerful sense of respect for Rick in the process.

Abraham led an offshoot of the group to begin the journey to Washington anew, but when an impassable barrier stood in their way, Eugene confessed the truth: that he was not a scientist and had been lying to get protection from strong survivors. Heartbroken, Abraham shuts down for a while until he decides he wants to live, and is horrified to realize that he nearly killed Eugene in his rage at the truth. Abraham returns to the group, only for them to take two more losses, and their spirits are lower than ever until they reach the Alexandria Safe Zone.

There, Abraham was promoted to be the leader of the construction crew, and finally made amends with the repentant Eugene. Inspired by Sasha to try to make some changes to his life to become a happier man, he soon ends his relationship with Rosita and hooks up with Sasha herself. He is picked to die by Negan in the Season 6 finale, which is shown in full detail in the Season 7 premiere, but not before telling the Savior leader to "suck my nuts" with his last breath. 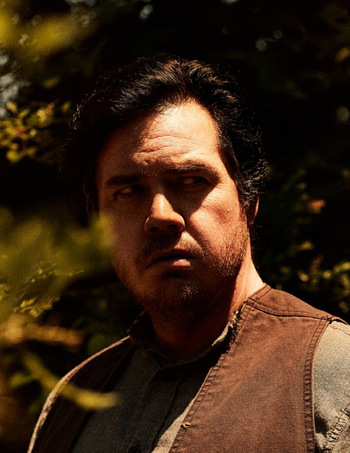 "No one gets to clock out today. And, hell, this is a story people are gonna tell."

Dr. Eugene Porter is a survivor of the apocalypse and a member of Sgt. Abraham Ford's survivor group. He claims that he knows what caused the outbreak and was headed to Washington to find the "cure". The reality is that Eugene was lying in order to get protection, and ended up confessing when his guilt got the better of him. Tara eventually inspires him to take a level in badass, and he eventually earns back Abraham's friendship when the two apologize to each other.

Eugene begins striving to become a more vital member of Alexandria, hatching a plan to produce homemade bullets and learning how to fight walkers. Eugene's growing proficiency, however, does not save him from the wrath of the Saviors when they come knocking at Alexandria. Eugene attempts to sacrifice himself for the survival of the group, only to end up captured and forced to watch the death of Abraham and Glenn. Traumatized from the scariest moment of his life, Eugene reluctantly aids Rosita's attempt to strike back at Negan, only to be brought to the Sanctuary by the Savior leader. Delighted with the prospect of safely living behind-the-scenes in a respected position, Eugene accepts Negan's offer of membership and becomes the Chief Engineer of the Sanctuary along with running the Bullet Making Factory Outpost, leaving his friends distraught at his defection. However, when he finds that that same prospect still ends up hurting innocent lives, including those of his friends, he hatches his own successful gambit to turn on Negan and is gradually accepted back into Rick's group.

After the Savior War, Eugene becomes one of the allied communities' greatest assets and leaders thanks to his vast array of technical know-how. His long-simmering feelings for Rosita begin to bubble over after she gets together with Gabriel, but he is content to relegate himself to the sidelines in the best interest of helping raise her baby Coco. 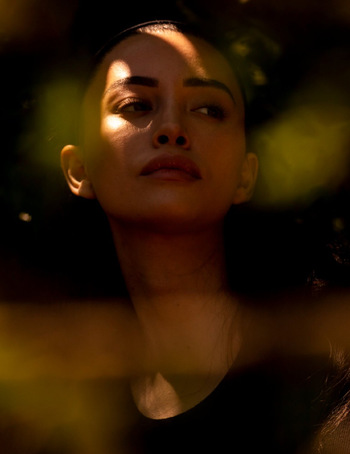 "Dying is simple. The people dying around you, that's the hard part."

Rosita Espinosa is a survivor of the apocalypse and a member of Sgt. Abraham Ford's survivor group, with whom she is in a relationship. After their group joins forces with Rick's survivors, Rosita develops friendships with Tara, Maggie, and Glenn. After they arrive in Alexandria, Rosita is assigned to be an assistant in the community's medical building.

Rosita's world is upended in Season 6 when Abraham ultimately leaves her for Sasha, coldly dumping her and never apologizing. Though Rosita is ultimately happy that Abraham has found happiness with someone else, they are never able to properly make peace before he is brutally murdered by Negan. The trauma of watching Abraham die and having his remains rubbed in her face, as well as Sasha taking Abraham's body to bury at Hilltop, severely harden Rosita, giving her a lust for revenge that brings about more harm than good for Alexandria, even after Rick begins properly fighting back. However, she comes to realize the error of her ways, refusing to partake in Daryl's attack on the Sanctuary, and survives the Savior War. Years later, she has found love with Gabriel, but discovers she is pregnant from a fling with Siddiq. The three are able to talk it out and Rosita remains with Gabriel.