Characters from the Hilltop Colony in the comic series The Walking Dead:

A massive farming community in Virginia of more than two-hundred survivors. Despite its size, the community has few guns, and was forced to work for the Saviors by giving them half of their food and supplies. To end this, the Hilltop Colony allied with the Alexandria Safe-Zone and the Kingdom to bring down the Saviors. 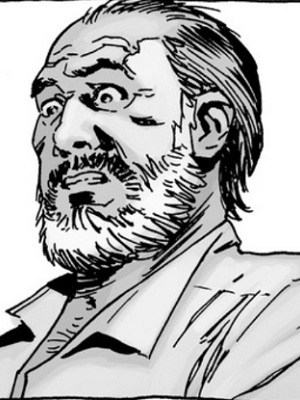 Gregory is the leader of Hilltop, and likes to take credit for its success even though he is little more than a figurehead. He is the one who agreed to bow to The Saviors demands and give them half the towns supplies. 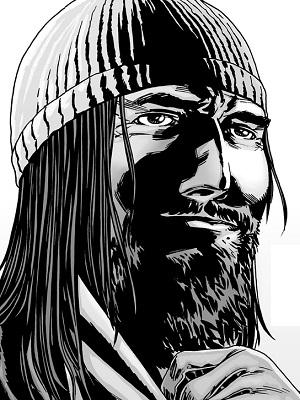 Jesus is a recruiter for the Hilltop Colony who encounters Rick's group in Issue 92. He doesn't agree with many of the decisions Gregory makes, but doesn't attempt to get him replaced because of how much the rest of the town likes him.

Kal is the head of security for Hilltop.

Eduardo is one of the gate guards for Hilltop.

Marco is a citizen who is first seen riding on horseback to the Hilltop with Ken.

Ken is a citizen who is first seen riding on horseback to the Hilltop with Marco. 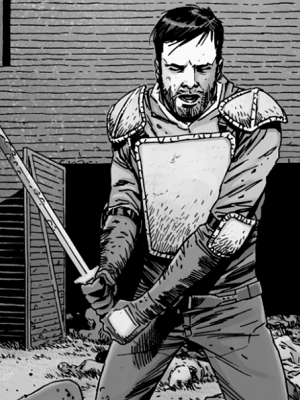 A resident of the Hilltop who is sent on a rescue mission for Ken.

A guard for the Hilltop who accompanies Dante and an unnamed Hilltop guard on a rescue mission for Ken.

A Hilltop resident who accompanies Jesus on a patrol.

Earl is a blacksmith who crafts weapons for Hilltop.

Alex is a citizen of the Hilltop, as well as Paul "Jesus" Monroe's boyfriend.

The mother of one of the bullies in the Hilltop who was brutally beaten by Carl.

The father of one of the Hilltop bullies, and Tammy's husband.

The son of Tammy and Morton, who is a violent bully.

Brianna is a citizen of Hilltop. She has a son, and befriends Maggie Green after she moves to the Hilltop.

A citizen of the Hilltop.

A resident of the Hilltop who attacks Rick out of anger at Ethan's funeral.

A resident of the Hilltop who is blackmailed into attacking Gregory by Negan.