Characters / The Vision of Escaflowne

The heroine and focus character of the series. Hitomi was just a normal high school student with a schoolgirl crush on her track team sempai Amano when a string of events leaves her stranded on Gaea. To add to her problems, her latent psychic abilities (manifesting before only as hunches and surprisingly accurate Tarot readings) begin to explode in power, frequently barraging her with disturbing images of what is to come.

The Hero, pilot of the Escaflowne and newly crowned king of the country of Fanelia. Van has the misfortune of having his kingdom burned to the ground on the day of his coronation, and is now forced on the run from the Zaibach Empire.

A member of the Knight Caeli that happens to bear an uncanny resamblance to Hitomi's crush, Amano. Allen is the sole, impeccable gentleman among a Ragtag Bunch of Misfits that guard one of Asturia's outposts. Despite his near perfect outward appearance and demeanor, he's hiding quite a number of abandonment issues just below the surface.

And yes, the Goliath's hero unit in StarCraft is named after him.

Van's closest, and clingiest friend. She has quite the love-hate relationship with Hitomi, thanks to Van's feelings for her. 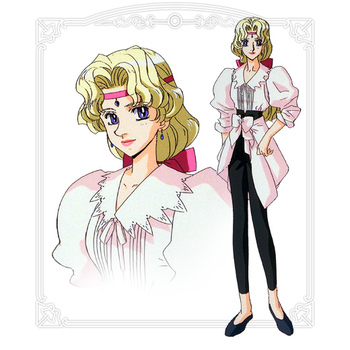 The youngest princess of Asturia who happens to be quite smitten with Allen, but betrothed to Dryden Fassa. Millerna is not quite comfortable being royalty, particularly since it she was forced to abandon her medical studies because of it. 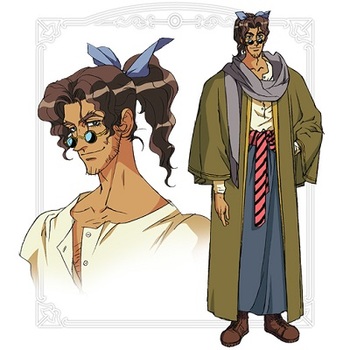 Millerna's fiance. A brilliant and successful merchant with a frank, laid-back demeanor and a massive generosity streak. 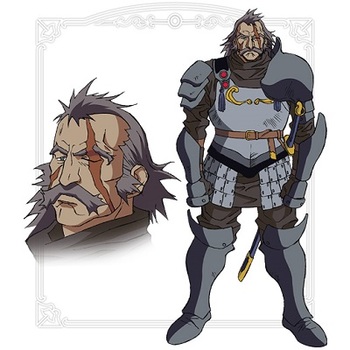 One of the "three master swordsmen of Gaea" and Van's retainer/surrogate father. Balgus dies while covering Van's escape from Fanelia, but he nonetheless shows himself to be a major influence on both Van and Allen in the past. 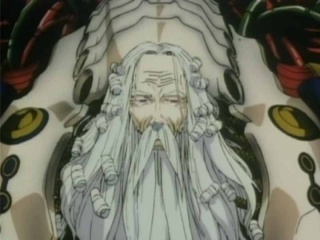 Emperor of the Zaibach empire. Through Atlantean technology and a Magitek device known as Destiny Prognostication Engine, Dornkirk seeks to create a future for Gaea free of war — Even if it means burning down a city-state every now and then.

A complete and absolute psycho, Dilandau is the man put in charge of capturing Van and Escaflowne. He is happy to oblige to this order — provided he gets to blow up a lot of shit along the way. 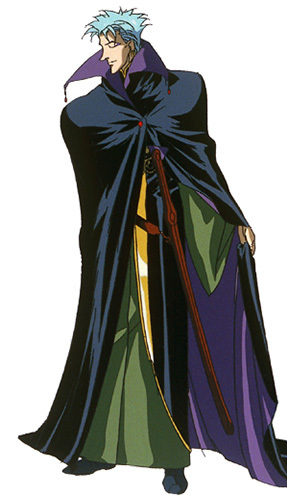 Van's long-missing brother. After his disappearence ten years ago, Van finds his brother — only to find that he's serving as The Dragon in Emperor Dornkirk's plans. 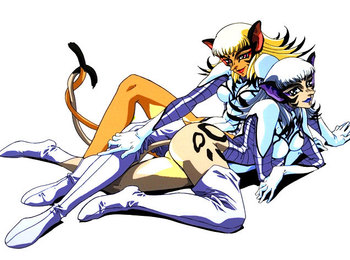 Eighteen-year-old leopard girls who serve as soldiers under Folken's command. Naria (the older of the twins) is the silver one and Eriya is of course the gold one. Folken rescued them from a mob of humans when they were eight-years-old so it is only natural that they have an attachment to him. 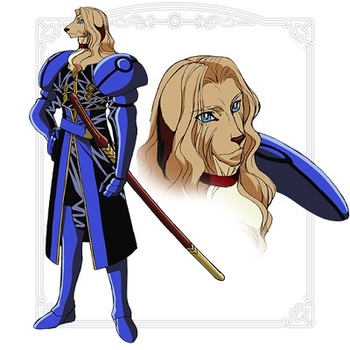 A soldier in the Zaibach troops. He's an anthropomorphic canine of sorts, having the looks of a dog (more specifically, an Afghan hound).

The dead parents of Folken and Van, and the Ruling Couple of Fanelia.