Characters appearing in The Unbelievable Gwenpool. 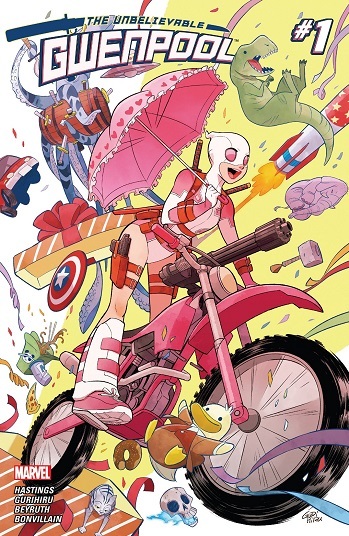 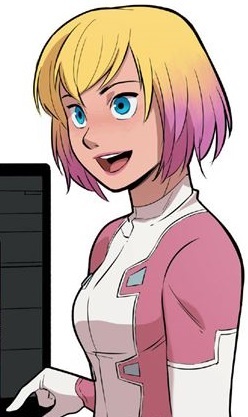 Unmasked Gwen
Gwen Poole was just a regular girl from the "real" world before somehow being transported to the world of Marvel Comics.

Originally, Gwen had no powers. She relied on guns, katanas and Plot Armor in order to fight. As of issue 16, she becomes a Reality Warper based on manipulating the fourth wall. The most common use of her power has her breaking panels and using the space between them. 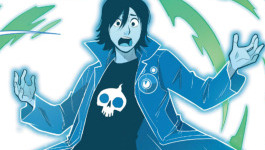 Gwen's first friend, or at least first person she didn't try to murder.

Big Ronnie
The owner of a clothing store/tailor who caters to special clientele. She also hands out jobs to freelance mercenaries looking for work.
Batroc the Leaper 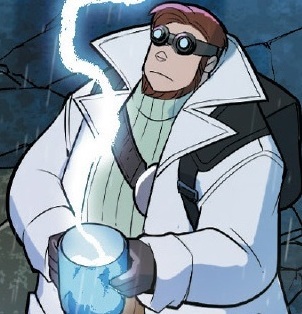 A mad scientist who actually isn't that mad, in-fact he's usually quite friendly. But he is also a brilliant inventor who specializes in potion-like concoctions.
The Terrible Eye 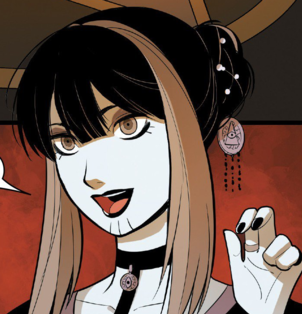 Sarah without her helmet.

Real name "Sarah". A strange magic user that works for M.O.D.O.K., connected to a higher plane of existence. Her powers come from her mutli-eyed helmet, which is also what makes her so loony.

"Recruited" Gwen into his mercenary outfit after she killed his top agent. For general information, see his TV Tropes entry.

The biggest, and often only client of M.O.D.O.K. He hires the mercenaries to get rid of any abnormal threat that endangers his neighborhood.

Like M.O.D.O.K., another pre-established villain, and the third major villain Gwen faces in her story. He traps Gwen, her friends and many other mercenaries in a dungeon. 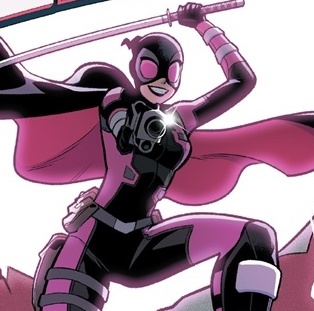 An evil version of Gwen, from the future. Through the use of her powers, she's become a nigh-omnipotent, omniscient villain.

Doctor Doom
The Doctor Doom, and the villain of the fifth arc. Gwen decides to target him, hoping that defeating him will boost her relevancy and prevent her from being cancelled. Unfortunately, Gwen doesn't know about his recent Heel–Face Turn. 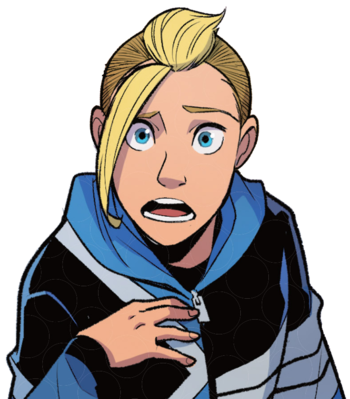 Gwen's brother. He's very caring and supportive of Gwen and her interests.

Gwen and Teddy's parents. Unlike Teddy, their relationships with Gwen are more strained, as they're frustrated with with her being a NEET. It's later revealed that they have counterparts in the Marvel Universe, but these versions never had any children.