Character sheet for the 2011 film The Three Musketeers. 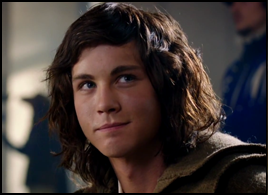 A young man from the farmlands of Gascony, taught to fight by his father, a former musketeer. He embarks on a travel to Paris in order to fulfill his dream of becoming a musketeer himself, only to discover that Cardinal Richelieu has disbanded them. 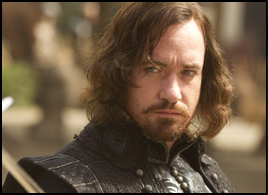 The leader of the musketeers. A strong, honored and dedicated warrior, turned drastically harsh and bitter (and a heavy drinker) after Milady's betrayal, leading to their failure in mission and subsequent disbandment. He doesn't really get over it and still bears a severe grudge against his former lover. 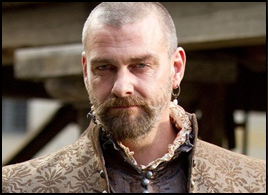 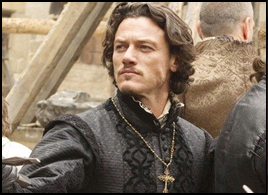 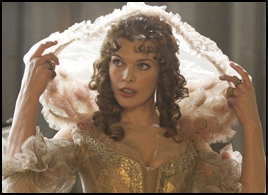 Beautiful, charming and a superb combatant, she used to be Athos's lover and almost a fourth Musketeer (even uttering their motto with them)... until she pulled a Face–Heel Turn and double-crossed her allies when being evil proved to be more profitable, leading them directly to their downfall. This deadly assassin then proceeds to become an Evil Counterpart of her former allies.

Although initially seeming to side with Buckingham, she's later revealed to be working under Cardinal Richelieu as a covert agent. Of course, it's Milady we're talking about, you can never know whose side she's really on, if any. 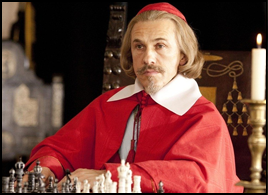 The cunning and manipulative Chief Minister of France, he all but governs the kingdom. Although he is a man of the church and servant to God, Richelieu isn't very virtuous; he despises the king and the queen ("royal children", in his words) and sees himself as someone much better fit to rule France. Enlisting the help of Milady, he will stop at nothing to seize the crown.

Richelieu initially sees the Musketeers as a nuisance (as they're under the king's command, not his), and was the one responsible for their disbanding. When they resurface, the Cardinal starts to treat them as a threat to his plans. 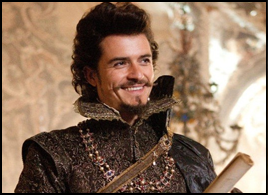 A nobleman from England and the favourite of King James, Buckingham is implied to be an old foe of the Musketeers. Thanks to Milady's Face–Heel Turn, he's able to steal Da Vinci's secret project from Athos and proceed to build the grand flying machine, in order to create a favorable scenario for England in case of war.

He's sent to France by King James to hear King Louis's peace proposal and takes advantage of the situation to show off his new machine, unaware that the Cardinal plans to use him as a pawn in his plot to take over the throne. 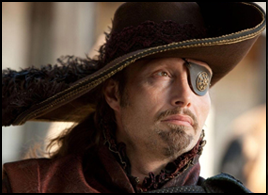 The commander of the Cardinal's guard, a large army that patrols France and has largely replaced the King's musketeers. He reports directly to Richelieu, and is widely known as "the right-hand man of the most powerful person in France". He develops a rivalry with D'Artagnan, and Cardinal Richelieu ultimately gives him the task of destroying the Musketeers once and for all.