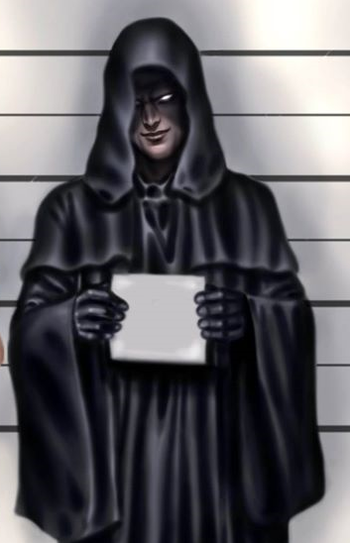 An average guy who discovers a magical cloak and decides the best use for it is to become a supervillain. Unfortunately, Gary isn't quite evil enough to pull off the evil. He is the brother of the late supervillain Stingray, the former fiance of Ultragoddess, best friends with Red Riding Hood, and happily married to a potential superhoine.
Advertisement:
Cloak

The Reaper's Cloak a.k.a Cloak A.K.A Lancel Warren A.K.A The Nightwalker

Gary's magical cloak, which possesses an intelligence and mind of it's own. It advised Gary on the best course of action and frequently has its suggestions ignored. It's actually the ghost of Lancelot Warren a.k.a. The Nightwalker. 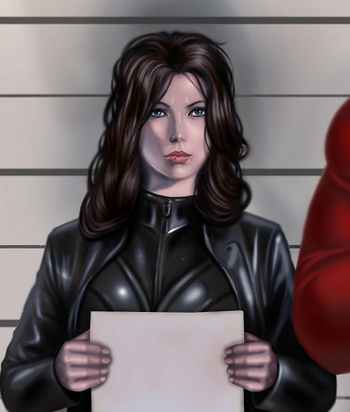 Gary's wife and the daughter of a Foundation for World Harmony agent. She was raised by her father to be one as well but committed a crime to disqualify herself. She now regrets that decision and the avenues it closed off. Later becomes the superheroine Nighthuntress and later is turned into a vampire. 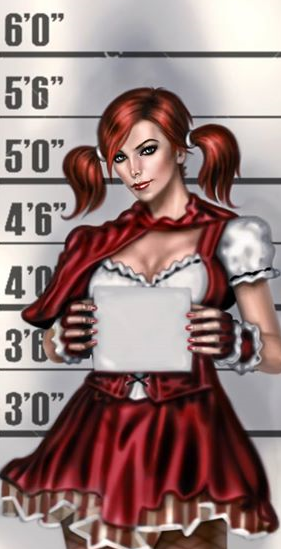 A former teenage prostitute who worked her way up from the gutter to becoming a doctor. However, the pressures of her past combined with financial needs resulted in her becoming a professional henchwench, err person. She and Gary were boyfriend and girlfriend in high school and remained best friends through college. Later, she became his first henchman and devoted partner. 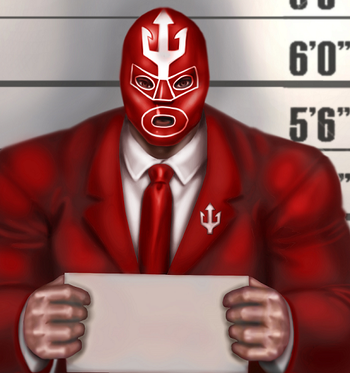 Diabloman used to one of the most feared and respected villains in the world before he started to suffer health problems from his black magic-related powers. Eventually reduced to henching for D-list supervillains, he eagerly takes up Gary's offer for better paying employment and more respect. 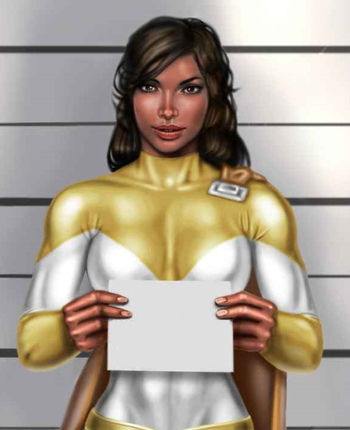 The Afro-Hispanic daughter of the hero Ultragod and his wife Polly Perkins. She is a hero who leads the Shadow Seven, a group of reformed and semi-reformed criminals on deniable missions against tyrannical governments. 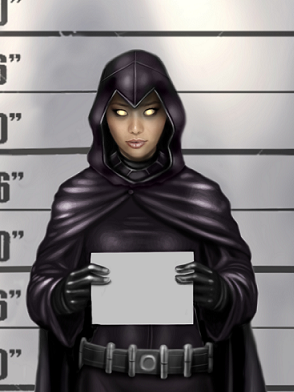 A Japanese American hotel heiress who has the public identity as a party girl and the private identity as the heir to the Nightwalker's name (or one of them). She never quite gets the respect she feels she deserves but helps save the world a few times.

An American born Nazi scientist and the world's most infamous supervillain.

The President of the United States during the events of the first four novels. He's actually a time-travelling supervillain from the future who starts World War 3.

Other Gary a.k.a Merciful

Gary's doppelganger from a The Silver Age of Comic Books themed previous universe. He takes over Gary's life for five years and rules Falconcrest City as its dictator.