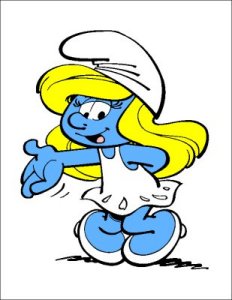 Originally the only female Smurf in the village, created by Gargamel as a weapon against the Smurfs and changed into a real Smurf by Papa Smurf. 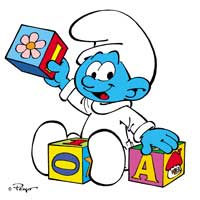 Brought to the Smurf village by stork on the night of the blue moon, and has since then been the darling of all the Smurfs.

A Distaff Counterpart to Clockwork Smurf that was created by Handy as a female companion. Appears mostly in the Animated Adaptation, with just a brief appearance in a comic story. 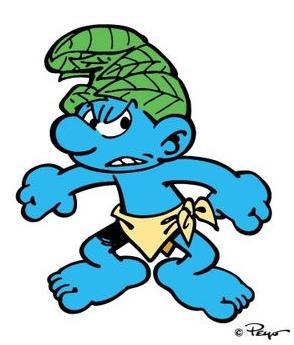 The Smurf expy of Tarzan.

When Papa Smurf was young, he was also raised by a Papa Smurf, who is now known by the Smurfs as Grandpa Smurf.

The third female Smurf to appear in the cartoon series. 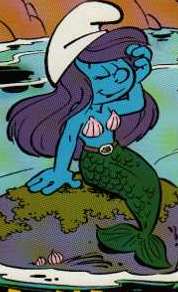 Another Smurfette created by Gargamel, but an accident in the formula left her with a fish tail. 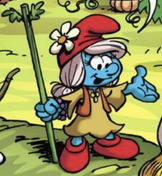 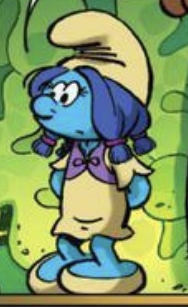 The bravest warrior of Smurfgrove.