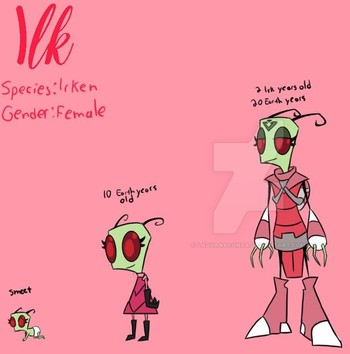 Biological child of Almighty Tallest Red, Ilk's perhaps the most beloved Irken in the Massive (alongside her father and uncle, of course), especially since she doesn't discriminate about height. Just a thing: don't call her a princess. She's not a damsel in distress who requires a man to come save her, thank you very much!

The Massive's newest doctor as well as Tallest Red's love interest. What she lacks in combat ability she more than makes it up with her medical knowledge and her bigger sense of empathy.

Almighty Tallest Red is mostly portrayed as in the show: Brilliant, but Lazy. but additionally is made more responsible and serious than his co-Tallest, courtesy of having to look after a smeet.

Almighty Tallest Purple is mostly portrayed as in the show: immature, childish and less independent than his co-Tallest. However, he's also shown with Hidden Depths whenever the situation calls for it.

Red and Lena's newborn smeet and Ilk's half brother. While young, he already shows signs of his personality.

A Elite squad of four kryvtors and an indokuro often assigned to work in the field. They were introduced in Lost. 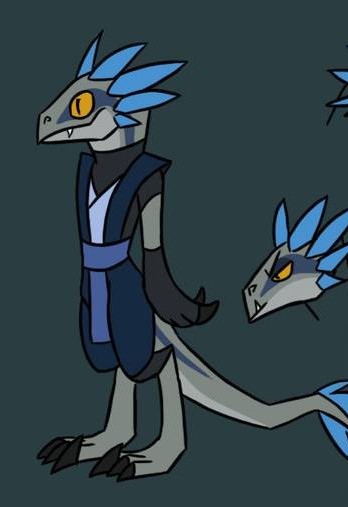 Leader of the Raptor Squuad. Blue is a hard-working, loyal but serious kryvtor who eventually becomes Ilk's love interest.

Pilot, mechanic and owner of the Ibris. Has a crush on Echo. Just don't tell her, okay?

The only female in the squad, as well as the one in charge of the ship's weapons. Don't mess with her just because she's a girl; it won't end well. 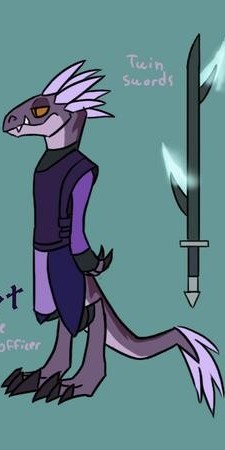 The Ibris's communications officer. Don't worry if he seems like a jerk at first, he's actually a nice guy. It's just that he finds it amusing to make others think he isn't. 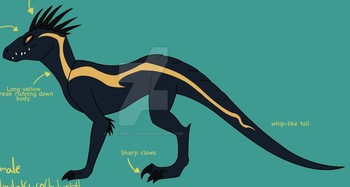 Blue's indokuro and 'honorary' member of the Raptor Squad because of this. He also serves as Blue's confidant, best friend and favorite partner.

A race of reptilian aliens whose lifestyle revolves around warfare and genetic hybrids. Former adversaties of the Irken Empire, now they are mostly on neutral terms. 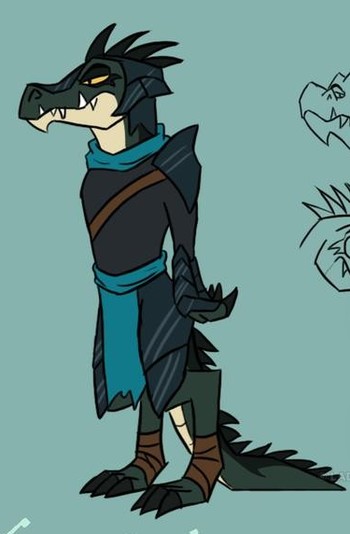 A high-ranking shipmaster of the Sobrekt military, experienced warrior and a sort of frenemy to Tallest Red. Introduced in The Smeet, and has become a recurring character.

Leader of the Sobrekt and ruler of Sobr. First introduced in the last chapter of The Smeet, and has become a recurring character.

An aspirant for the rank of indokani and Tallest Purple's rival. Introduced in Indokani.

Everyone's favorite Invader is mostly portrayed as in the show, with the difference that he actually cares about Ilk, the only child of his 'buddy' Tallest Red.

Dib's human rival and the 'sole Defender of Earth'. So far, his only appearance has been in Lost.

Dib's younger sister, portrayed as Zim's girlfriend. So far, her only appearane has been in Indokani.

Zim's companion SIR unit built with garbage parts by Tallest Red. So far his only appearance has been in Lost.

Larb, Tenn and the rest of the Invaders are recurring characters in the series, often in a supportive role. The main three portrayed are Invaders Larb, Tenn, and Skoodge.

A table drone abused by the Tallest. Thankfully, he counts as one of Ilk's friends despite his short height. 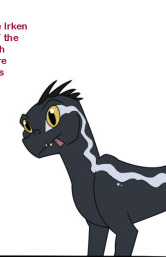 Introduced in Lost, Cheesecake is Purple's pet indokuro, and after Zim, the main source of Red's headaches on the Massive. Don't be fooled by his scary appearence. He's a dog trapped in an monster's body... most of the time. 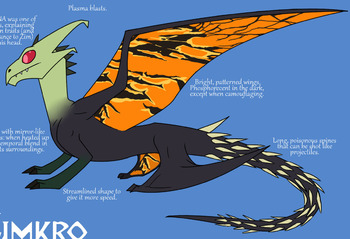 A genetic hybrid created by the Sobrekt as a gift for Zim. He was introduced in Indokani. 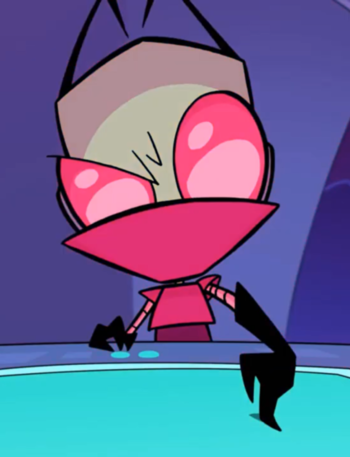 The head Communications officer on the Massive, and unfortunately for him, the main target of Red and Purple's pranks.

The leader of a doomed race inhabiting Hoth. His only appearance was in Lost.